Growing up in New Zealand in the 1970s, many kids enjoyed the rewards of a bottle exchange program that allowed you to take a glass soft drink bottle back to the shop and exchange it for a small amount of money or snacks. My older brother especially saw the value of collecting bottles and saving the money until he accumulated enough to buy something he wanted.

This became a regular activity for him during recess and lunch at school that drew the attention of other school kids who would taunt him and throw their bottles at him. One taunt directed at him was “Jew boy,” a name that stuck with my brother, Andrew, along with “An-Jew.”

They were merely parroting not just words but an age-old antisemitic idea about Jews and money.

When I think back on this, I am convinced that many kids had no idea what they were saying. They were merely parroting not just words but an age-old antisemitic idea about Jews and money. It was an overt trope handed down through generations.

But antisemitism is not always as overt as that directed at my brother, who is not Jewish and, as a child, was ignorant of the true meaning behind such verbal slights. In 2013 West Bromwich Albion striker Nicolas Anelka was charged for making an antisemitic salute during an English Premier League football match, suspended for five matches, and fined $135,000.

The “quenelle” salute Anelka made is a Nazi gesture performed by straightening one arm while crossing the other over one’s chest. It was popularized by French comedian Dieudonné M’bala M’bala, who has been convicted eight times for antisemitic speech and incitement to racial hatred. But to casual viewers, such a gesture would have surely gone over their heads.

The exponential growth of social media in the past decade has seen antisemitism proliferate beyond the realms of containment, often veiled in the form of satirical humor. There has been some success in stemming such hatred like the removal of “/r/frenworld”, an online community on Reddit with more than 60,000 contributors. In 2019 The Times of Israel reported that one example of the kind of horrific material the subreddit group featured was “a cartoon clown figure alongside an image of ovens used by the Nazis in the Holocaust, with commentary stating: ‘Silly Clown! There’s no way you can bake 6 million pies in those ovens!’”

While humor has often been a thinly disguised front for antisemitic ideology, social justice carries a much more credible but equally deceptive message designed to malign and discredit the Jews and the nation they established in 1948 in the land given them by the God of Abraham, Isaac, and Jacob.

On the last day of 2022, the United Nations passed a Palestinian-initiated resolution 87–26 in favor of calling on the International Court of Justice (ICJ) to provide legal opinion on “Israeli practices and settlement activities affecting the rights of the Palestinian people and other Arabs of the occupied territories.”

While the ICJ is unable to enforce any recommendations or rulings, it does carry significant influence on the world geopolitical stage and is especially picked up by the anti-Israel campaigners and heavily biased media outlets. Ultimately this leads to greater disparagement of Israel that sadly also leads to greater antisemitism.

The growing catch cry of the anti-Israel campaigners is that Israel is guilty of creating a system of apartheid against the Palestinian people. Amnesty International (AI), a global nongovernmental organization (NGO) claiming to have more than 10 million members, especially uses this narrative that it believes will give credence to holding Israel accountable for what is a punitive act based on International Laws. You can access the whole diatribe on the AI website, complete with a 90-minute online course called “Deconstructing Israel’s Apartheid Against Palestinians.” Sadly and ironically, Peter Benenson, the founder of this now anti-Israel organization, was a Jew whose mother was an influential Zionist.

So whether the age-old racial tropes about Jews are hurled around by kids in the schoolyard; influential athletes, musicians, or comedians; the never-ending keyboard warriors on social media; political activists; or even entire nations, the true face of antisemitism should always be unmasked.

The Source of Antisemitism

The Bible unmasks this hatred at its core, revealing Satan as the great antisemite whose evil schemes seek to derail God’s plan for His people Israel and all of humanity. Satan is the archenemy of the gospel, the centerpiece of God’s Messianic work whereby salvation is brought to the world through Christ. Behind antisemitism lies Satan’s ambition to thwart Messiah’s return by destroying Israel and the Jews, which he has unsuccessfully attempted often throughout history.

Behind antisemitism lies Satan’s ambition to thwart Messiah’s return by destroying Israel and the Jews.

The prophet Zechariah speaks of Jerusalem as a “heavy stone” that will cause all of the peoples and nations that try to move it to be destroyed (12:3). This immovable city indicates God’s enduring commitment to His plan for His people and the completion of His Messianic work at the end of this age. At this time, God will destroy the overwhelming global hatred and hostility of the nations of the world, culminating in Messiah’s intervention. The beautiful feet of Jesus “will stand on the Mount of Olives, which faces Jerusalem on the east” (14:4).

In the meantime, we who know God’s greater plan detailed in Scripture are to identify antisemitism in whatever guise it is wearing and speak up, stand up, and stand against it for the sake of the King and His brethren. 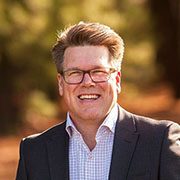 Simon Lawry is a Ministry Development Representative in Queensland, Australia. You can support Simon by visiting his ministry page.