Next Year in Jerusalem!

Well, we made it! Today was our last touring day with Miriam. They worked our schedule so we could make a stop at the new American Embassy in Jerusalem. The embassy sits high up on a hill on the edge of a residential neighborhood. The beautiful entrance was manned by an Arab border patrol officer from Nazareth and an orthodox police officer. They were both friendly and helpful to our group. We sang God Bless America before we set off for the Knesset. I cannot tell you how much gratitude was expressed to me and our group by Israelis for moving our embassy to Jerusalem. As Jim reminded us, it can be changed again at anytime by future administrations. Pray for Australia, who is considering moving their embassy to Jerusalem too. It would help solidify the United States' landmark precedent if they followed suit.

After the embassy stop, we got a tour of the Knesset, the Israeli single-body legislature. It was very educational. I appreciated the artwork of tapestries and mosaics highlighted by our guide. Most members of parliament were not in today with Yitzhak Rabin (Israel’s fifth Prime MInister who was assassinated in 1995) memorial this evening.

Our next stop was lunch on our own and exploring the Israel Museum and Shrine of the Book. I was excited about this stop. We got to overlook a 1:50 scale model of 2nd Temple Jerusalem. The Shrine of the Book is devoted to the preservation and research of the Dead Sea Scrolls. We got to see fragments of actual scrolls found in the Qumran caves, a reproduction of the full scroll of Isaiah, and other artifacts found in the Qumran excavations.

We then went across the street to the Bible Lands Museum, where I could have easily spent the rest of the day. Our guide focused on only three items, but being a bit of a wanderer, I looked around as many exhibits as I could while I listened to our guide through my headset. We'll call it multitasking. While our guide showed us a sarcophagus (stone coffin) of a Christian burial from the Roman times, I found a model of a Babylonian palace that could have been the palace of Queen Esther. I had never seen anything like it. The artifacts were great, but the models were almost invaluable. We have spent the week seeing the actual places Jesus walked and where the Temple stood. But being able to see scale models of other biblical places further added to my mental images of these biblical places. We saw a scale model of First Temple Jerusalem complete with King David's palace. And another model I enjoyed during my wanderings was that of the pyramids of Egypt.

Oh, one more thing! Our orthodox guide at the Bible Lands Museum, Daniel, said the archeological evidence for the garden tomb and Gordon's Calvary as being the crucifixion, burial, and resurrection site of Jesus is much stronger than that of the Church of the Holy Sepulchre. I was sceptical before this trip. My last trip to Israel, I had not seen the Garden Tomb and thought Sepulchre was more likely based on tradition and location. However, after seeing it, I think the garden tomb is just as likely, maybe more so, considering its proximity to the Old City— which was closer than I thought it would be. Long story short, the Bible Lands Museum was impressive!

After that we had free time! I managed to get in some swimming and packing before heading to our farewell dinner.

Our fabulous dinner was accompanied by an even more fabulous speaker, Rebekah Reinstein of the Christian Allies Caucus. She gave a passionate speech about Christian support for Israel, and an overview of what her and her husband Josh do to promote truthful news about Israel through their Israel Now Network.

Jim closed with a reading of Psalms 137. He reminded us to pray for the peace of Jerusalem and to keep Israel close to our hearts. I really don't think that will be difficult. Coming to Israel for the first time changed my life in just about every way imaginable. Loving Israel and the Jewish people has been part of my life for a very long time.

Israel gets under your skin. I have seen my fellow pilgrims grow. They won't realize it for a week or two, maybe a month or two, but there will come a time when they realize how much they have grown. They will never again read their Bible the same way. They will yearn for a time to return. And they will pray fervently for the peace of Jerusalem, Israel, and the Jewish people. No matter how much I love Jerusalem, Israel, and my Hebrew friends, it amazes me to think how much more Jesus loves them- and all of us! (Mat. 23:37, Deut. 7:7-8)

Tonight, Miriam taught us to say an important Passover phrase in Hebrew. "L'Shana Haba'ah B'Yerushalayim”  Next year in Jerusalem! 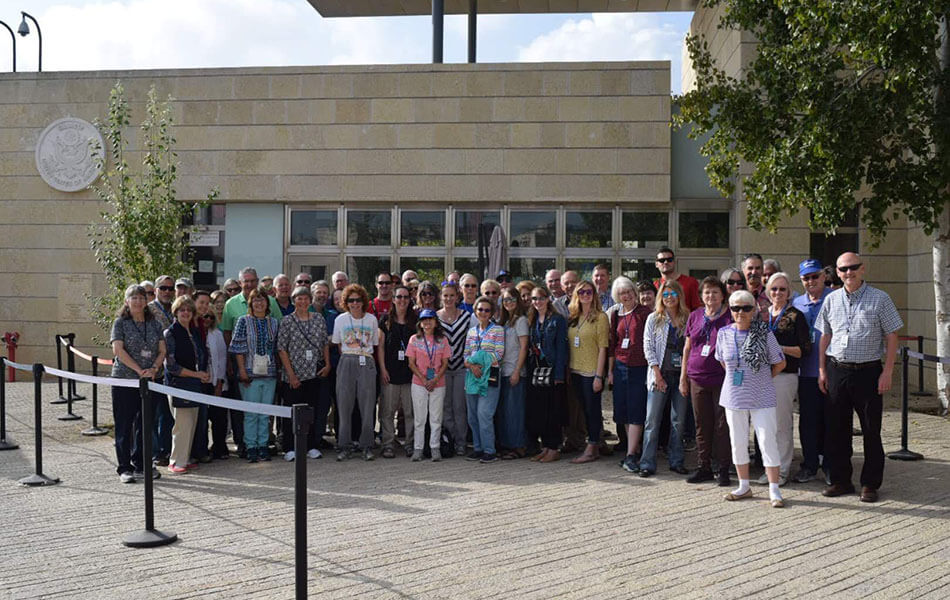 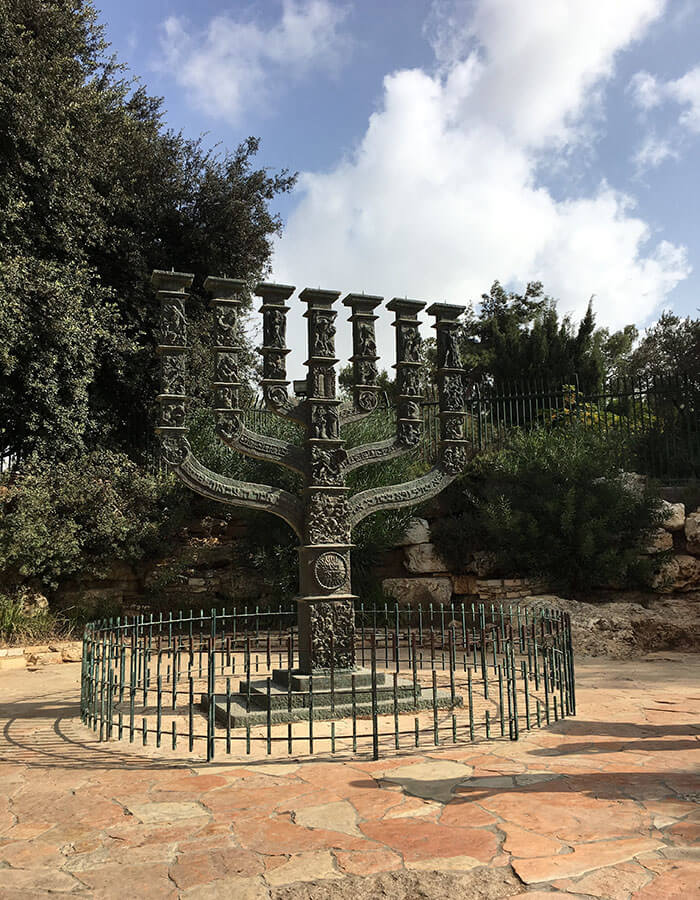 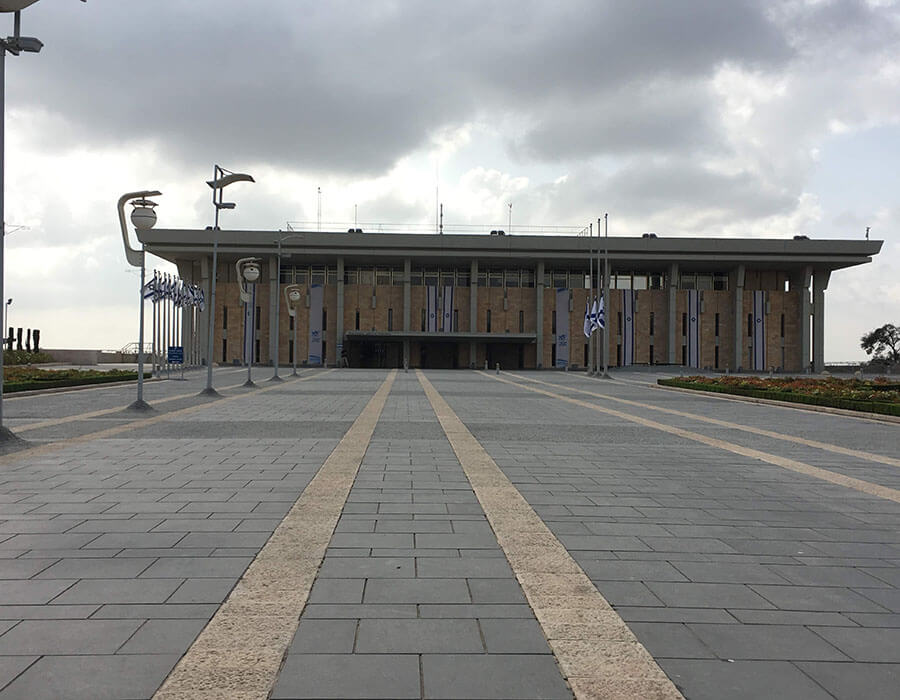 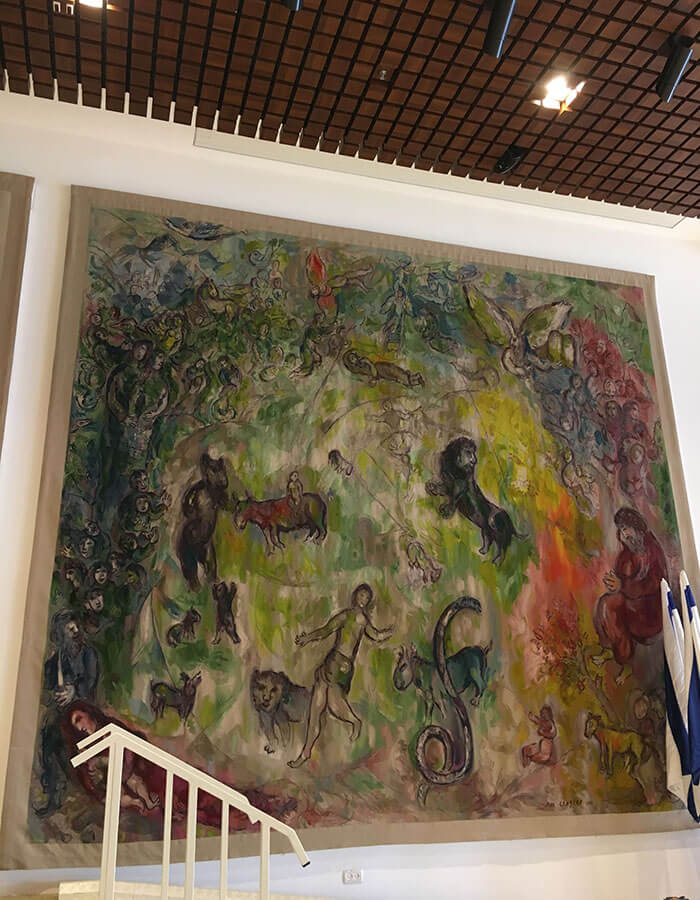 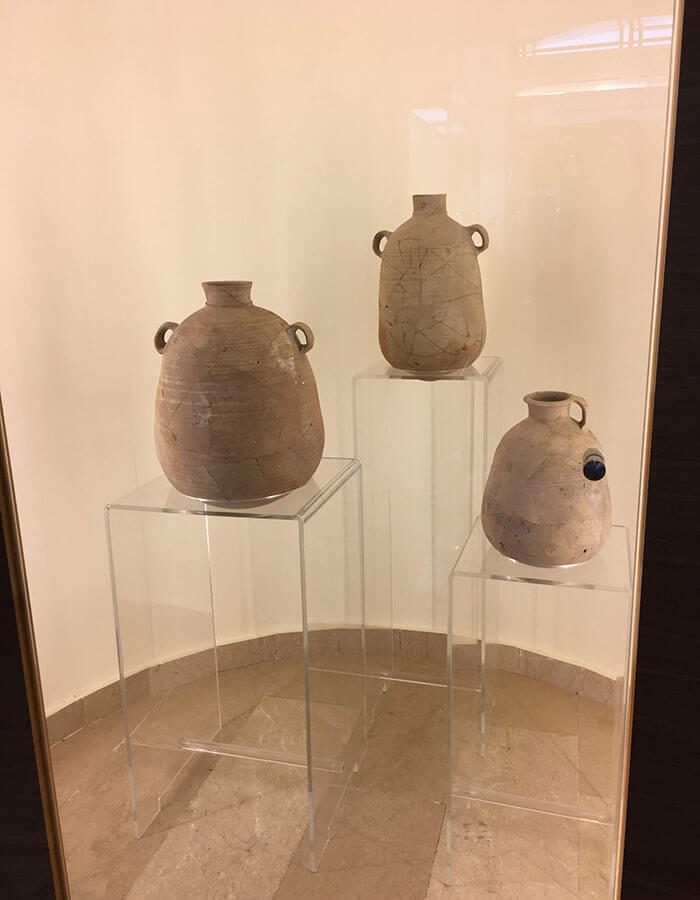 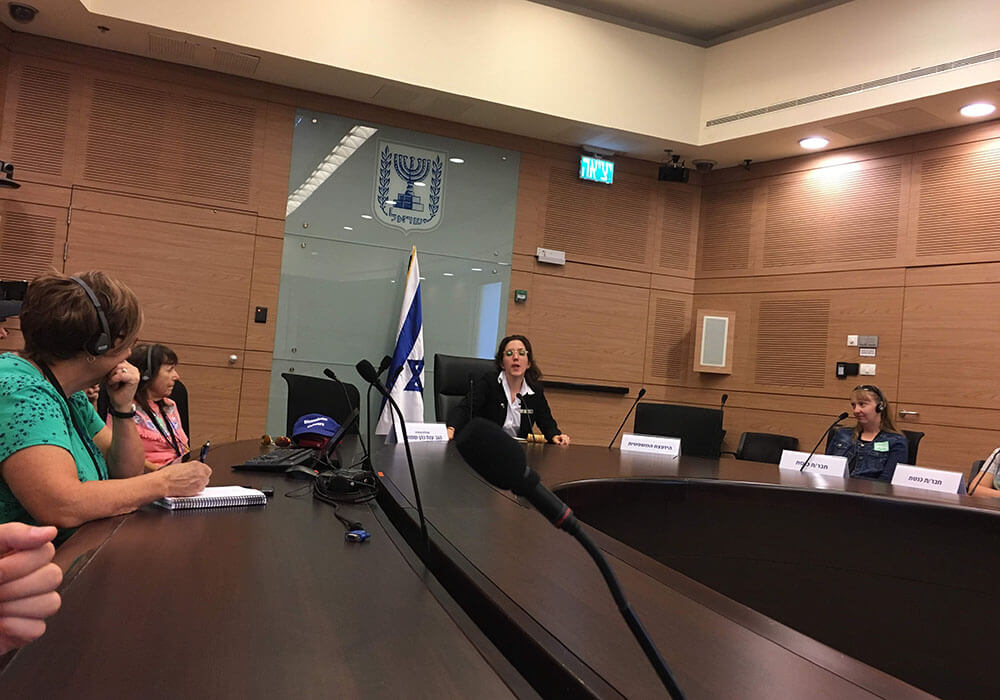 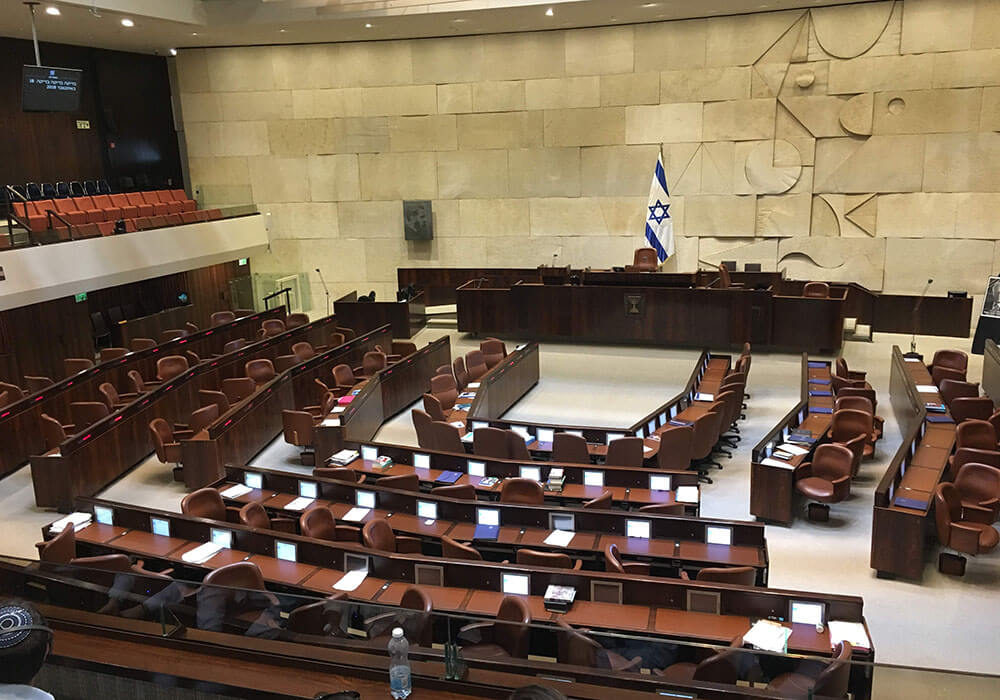 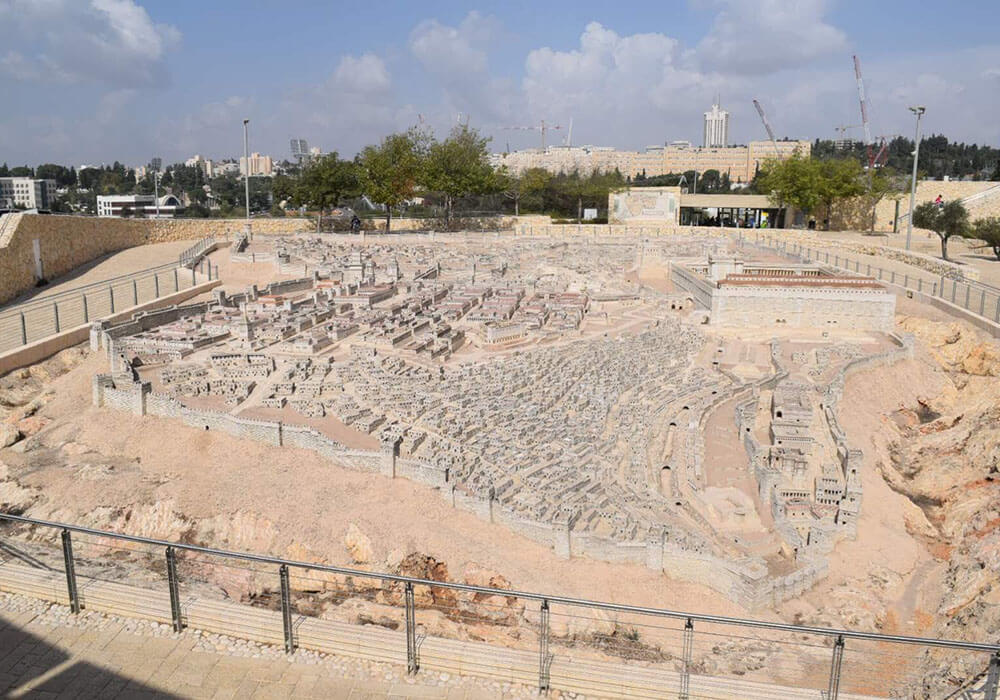 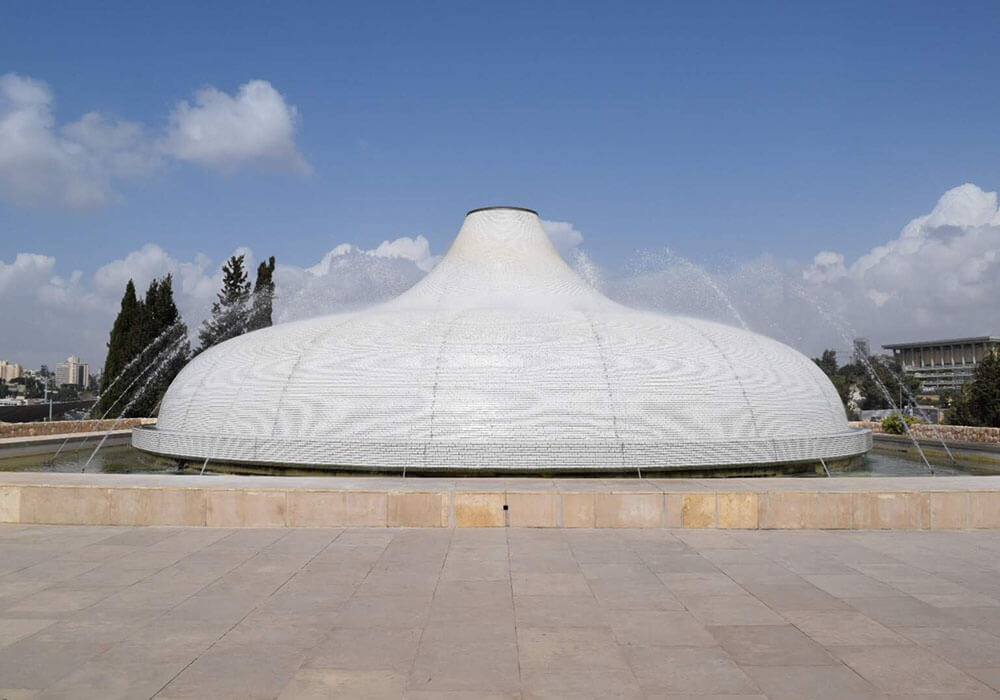 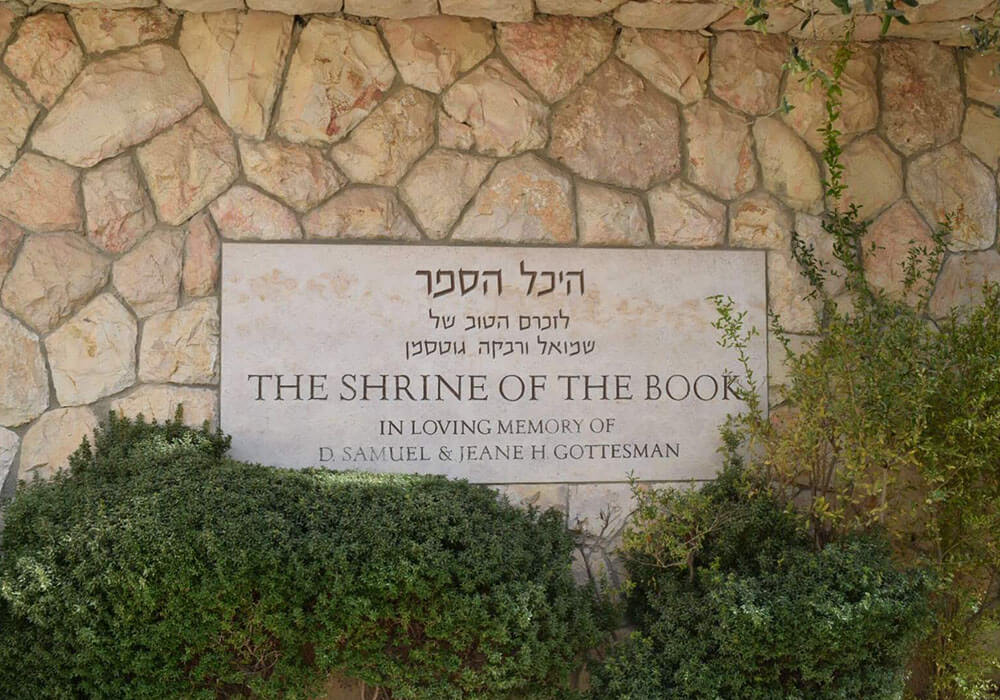 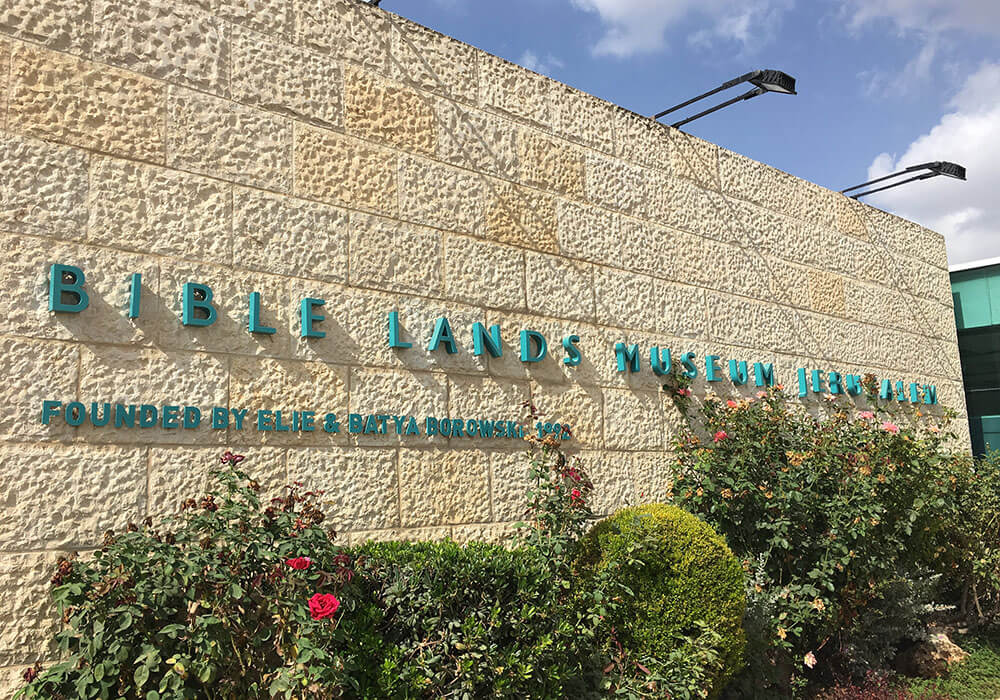 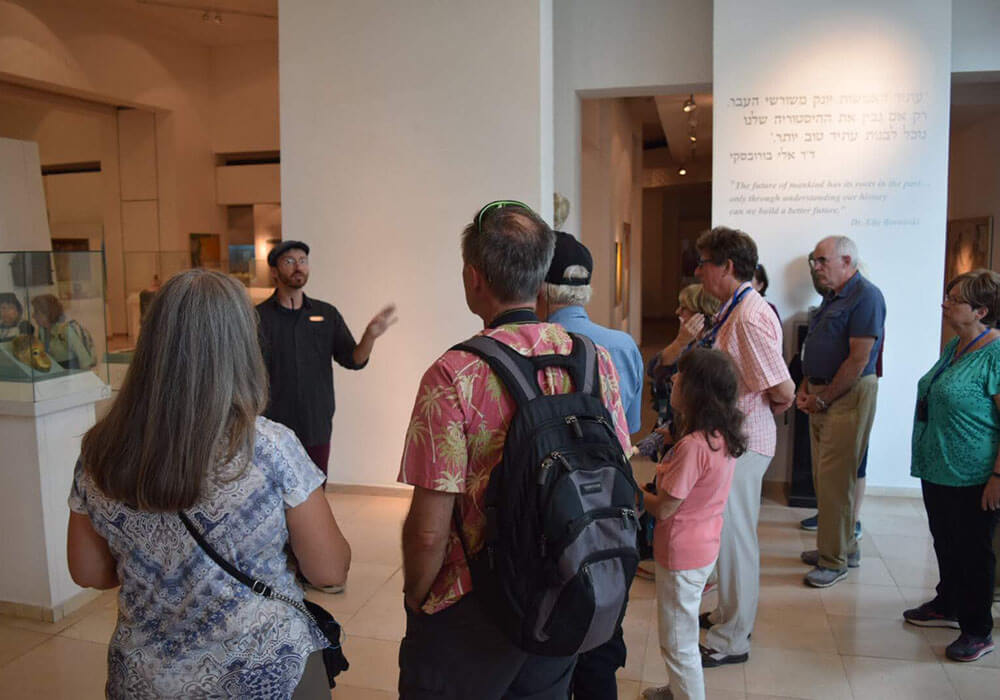 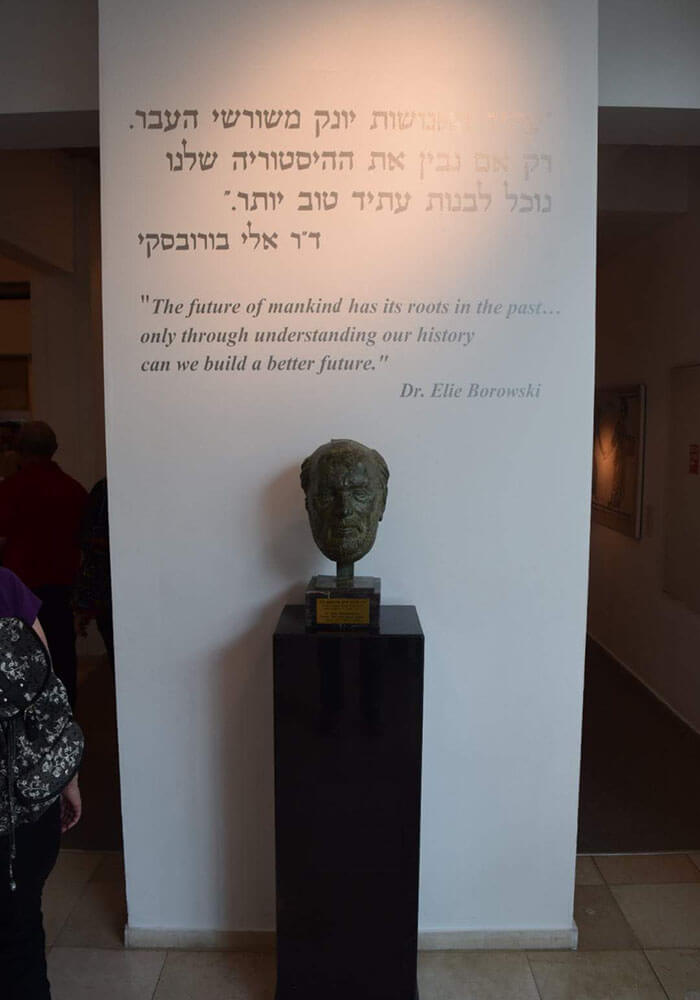 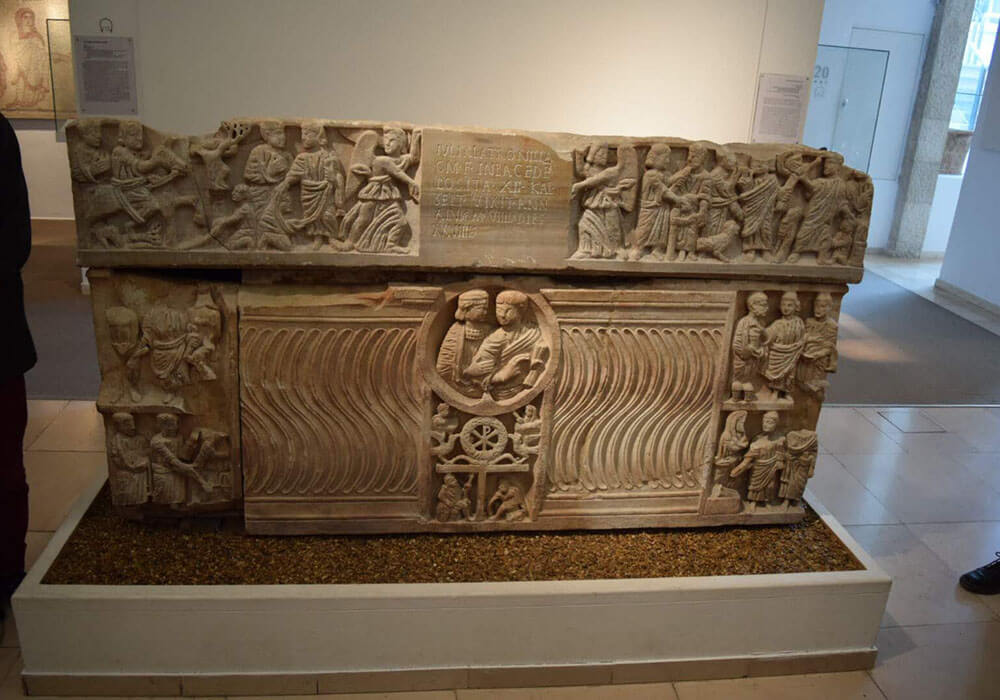 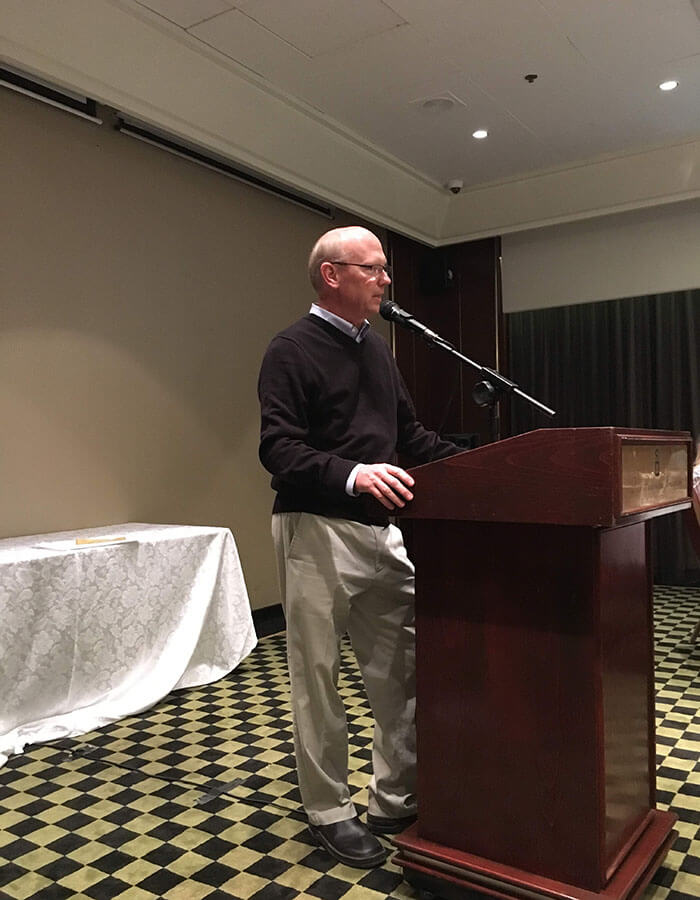 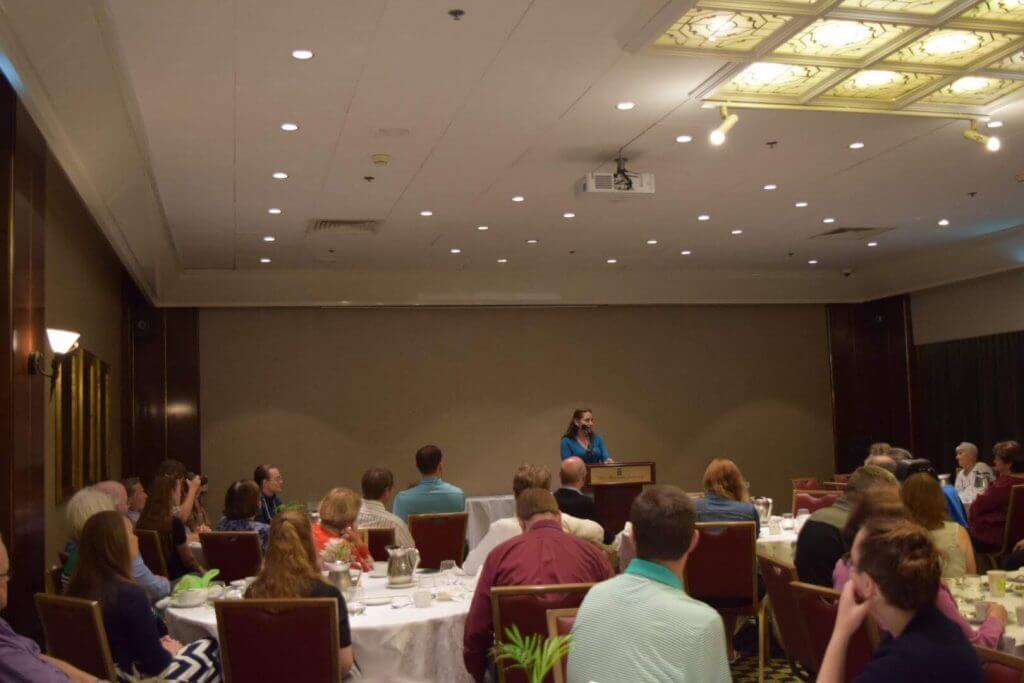 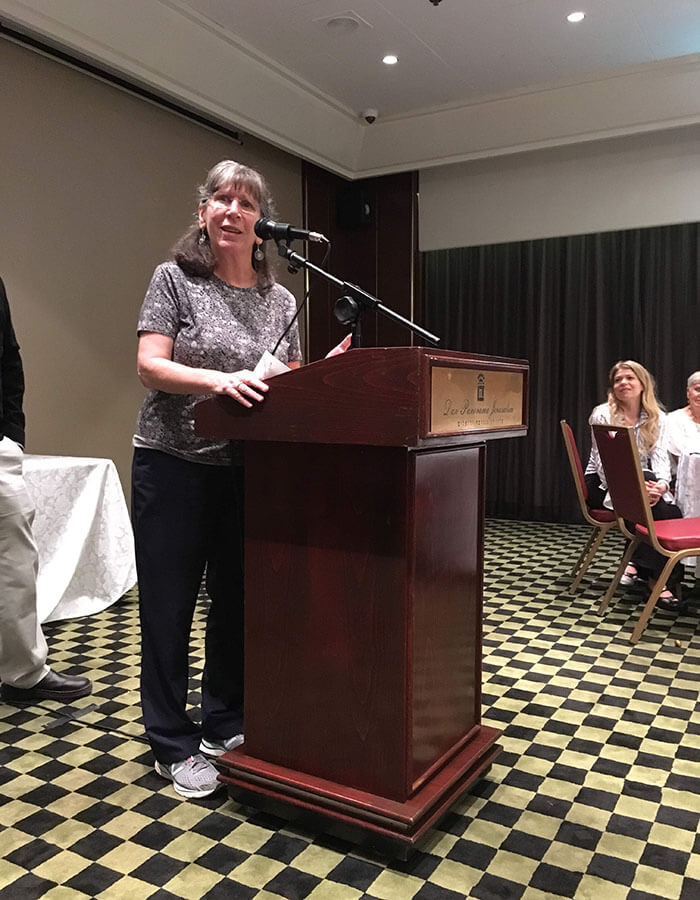 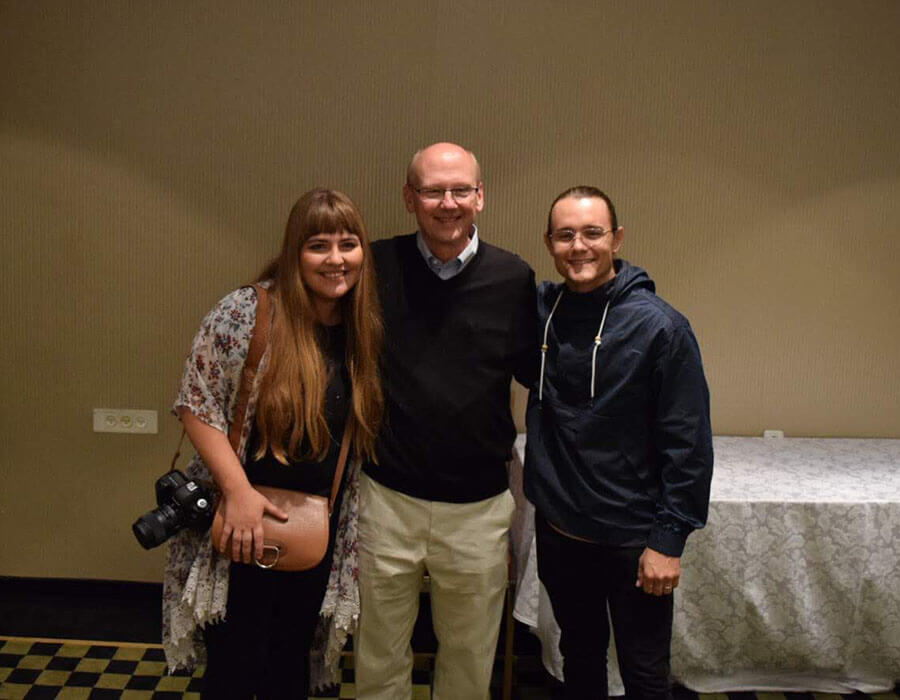 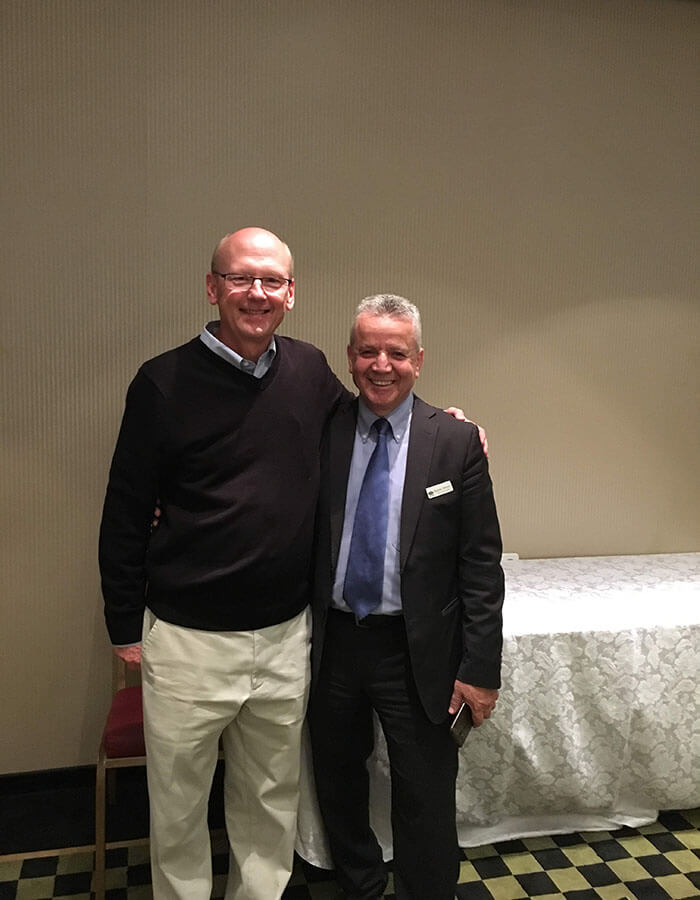