You have turned for me my mourning into dancing;

You have put off my sackcloth and clothed me with gladness,
To the end that my glory may sing praise to You and not be silent.
O Lord my God, I will give thanks to You forever. (Ps. 30:11–12)

These words—originally written as “A Song at the dedication of the house of David”—take us to the heights and depths of emotion.

Interestingly enough, the nation of Israel, which may have sung these words when the First Temple was built 1, will realize their full impact in the future when the temple is finally and fully restored. In the meantime, the Jewish people feel the sting of mourning when they think of the history of their temple every Tisha B’Av.

Tisha B’Av simply refers to the ninth day of the Hebrew month of Av. Jewish people will mark Tisha B’Av this year starting at sundown on August 10. To the Jewish mind, however, this is much more than just a date on the calendar. Perhaps Americans can understand the sentiment that this date elicits by relating it to the emotions they feel when hearing the date of September 11. In Hebrew thought, however, you would have to multiply the disasters of September 11, 2001 many times over to compare them to the magnitude of the events that have occurred on the ninth day of Av.

The very name Tisha B’Av portends fasting and grief. It is the date on which Nebuchadnezzar of Babylon destroyed Solomon’s Temple in 586 B.C. (cf. 2 Ki. 25:1–26; 2 Chr. 36:15–21; Dan. 1:1–2) and, remarkably, also the date on which Titus of Rome destroyed the Second Temple in 70 A.D. (cf. Mt. 24:1–2; Mark 13:1–2; Luke 19:43–44; 21:5–6, 20–24). In addition to these tragedies, many believe the date marks the report of the 10 unbelieving spies—which was followed by God’s promise of chastisement when that testimony was believed by the people—in Numbers 13 and 14. Several other catastrophes in Jewish history are also tied to this date. One of the more recent ones is the Spanish Edict of Expulsion, implemented under King Ferdinand and Queen Isabella in 1492, which drove all Jewish people from that land 2. On this day, the people of Israel turn their attention to one particular book of the Hebrew Bible: the book of Lamentations. It was written by the prophet Jeremiah after the Babylonians plundered the First Temple.

Many Christians will remember, however, that from the midst of this dark book shines this most wonderful light- and life-giving passage:

Through the Lord’s mercies we are not consumed,
Because His compassions fail not.
They are new every morning;
Great is Your faithfulness.
“The Lord is my portion,” says my soul,
“Therefore I hope in Him!” (Lam. 3:22–24)

Even beyond the glimmer of hope offered in this passage, however, is a glorious anticipation for the future of the temple that many people, Jews and Christians, misunderstand or miss altogether.

The temple will one day be restored to a place of greater prominence and glory than it has ever held in the past.

Those of us who take the book of Revelation literally realize that the temple will, first of all, be rebuilt in some fashion to function in the Tribulation. Originally overseen by the two witnesses for use in the reinstatement of Jewish worship following the Rapture of the church (Rev. 11:1–2), this temple will ultimately be overtaken by the Antichrist for his own diabolical purposes (Dan. 9:27; Mt. 24:15; 2 Th. 2:4).

Even far more wonderful is the hope of a fully restored temple—functioning solely for the righteous worship of God—in the coming Millennial Kingdom. The prophet Ezekiel spent the last nine chapters of his prophecy (Ezek. 40—48; cf. Isa. 4:2–6) delineating very specific details about this final, glorious version of the temple.

As wonderful as that millennial Temple will be—manifesting the direct presence of God to the people of the world for 1,000 years—it will still function as an ongoing reminder of the depravity of each soul born into that kingdom by unglorified human parents. The existence of a temple is predicated upon fallen man’s need to approach God through a mediatorial, priestly system 3.

Thus, when the apostle John looked prophetically at the “new heaven” and “new earth” of the eternal state (Rev. 21:1), amazingly he “saw no temple in it, for the Lord God Almighty and the Lamb are its temple” (v. 22).

As our Jewish friends experience another Tisha B’Av this weekend, I pray that they will find the ultimate hope of restoration—“to comfort all who mourn” (Isa. 61:2)—in their Messiah and the promises of His prophetic Word alone.

1 Ryrie states that the use of this Psalm was, “Likely the dedication of the site of the Temple (1 Chr. 21:26; 22:1).” He takes the view that view that David was the author, which would, of course, be impossible if this Psalm had been written for the completion of the temple. (Charles Caldwell Ryrie, Ryrie Study Bible: Expanded Edition [Chicago: Moody Press, 1994], p. 851 [KJV].)

2 There are many articles that provide much more perspective on the background of this solemn day. Two that are concise are “Jewish Holidays: Tisha B’Av”; (https://www.jewishvirtuallibrary.org/tisha-b-av); and “Tisha B’Av: The 9th of Av”; (https://jewsforjesus.org/jewish-resources/community/jewish-holidays/tisha-bav/); Internet.

3 For a thorough study of the need and practice of animal sacrifices within the Millennial Kingdom, see John C. Whitcomb, “Christ’s Atonement and Animal Sacrifices in Israel”; (https://www.sermonaudio.com/sermoninfo.asp?SID=11309211700); Internet. 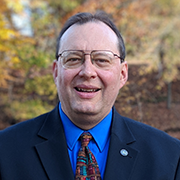