Though God promised the Jewish people a great inheritance of land in Scripture, Israel has never fully controlled all of that land completely. Why is this?

While this question has persisted for some time, it seems it is also a central focus in the argument for those who believe God is finished with Israel and there is no future for His Chosen People. But it’s also a very good question to ask and demands a thoughtful and biblical answer. In consideration of the question, other questions also arise: Did God change His mind about His covenant with Israel? Does Scripture contradict itself regarding Israel possessing the land? Will Israel ever possess the whole land?

The answers to these questions will never be satisfied in people’s arguments—either pro or con—but God’s Word is to be our first and most relevant source for discovering the answers.

Where It All Began

Genesis 12:1–3. This is, of course, the seminal passage that describes God’s call of Abram and the basis for the Abrahamic Covenant. In this text we find three essential elements: land (v. 1: “…to the land that I will show you”), offspring (v. 2 “I will make you a great nation”), and blessing (vv. 2–3 “I will bless you… and you shall be a blessing”). As noted, the first element of this covenant is the land. Literal land. This is verified in the next text.

The Abrahamic Covenant is unconditional and absolutely dependent upon God. He is taking full responsibility for its fulfillment.

Genesis 15:28. In the previous verses of chapter 15 we observe God making a covenant with Himself to fulfill the covenant He made with Abram. Because of this distinction, we understand the Abrahamic Covenant is unconditional and absolutely dependent upon God. He is taking full responsibility for its fulfillment. Note verse 28 in which He tells Abram, “To your descendants I have given this land from the river of Egypt as far as the great river, the river Euphrates.” Without a doubt, the land is a literal land—a piece of real estate and not to be allegorized or spiritualized in any manner. As we fast forward hundreds of years (following Israel’s 400 years in Egypt and the ensuing Exodus), we observe Joshua as the leader of the Israelites and God’s very specific words to him as they are about to enter the Promised Land.

Joshua 1:3, 6–7. “Every place on which the sole of your foot treads, I have given it to you, just as I spoke to Moses… Be strong and courageous, for you shall give this people possession of the land which I swore to their fathers to give them. Only be strong and very courageous…” (NASB; Note: Numbers 33:50-34:34 describes the extent of the land and how it was to be apportioned).

The above texts give us our starting point and verify that God intended His Chosen People to have a land of their own to possess. While this is indisputable biblical truth, the question and controversy lies in their actual possessing (or not) of all the land God had indeed promised.

Israel’s Possession of the Land

Joshua 11:23; 21:43–45. “So Joshua took the whole land, according to all that the Lᴏʀᴅ had spoken to Moses, and Joshua gave it for an inheritance to Israel according to their divisions by their tribes. Thus the land had rest from war… So the Lᴏʀᴅ gave Israel all the land which He had sworn to give to their fathers, and they possessed it and lived in it. And the Lᴏʀᴅ gave them rest on every side, according to all that He had sworn to their fathers, and no one of all their enemies stood before them; the Lᴏʀᴅ gave all their enemies into their hand. Not one of the good promises which the Lᴏʀᴅ had made to the house of Israel failed; all came to pass.”

By all indications, a literal reading of the text would lead us to believe and understand that Israel had taken full possession of the land that God had promised in the Abrahamic Covenant. However, there are other texts which tell us otherwise in order to answer our opening questions.

The following references are important to this discussion and need to be understood:

Joshua 13:1: “The Lᴏʀᴅ said to [Joshua], ‘You are old and advanced in years, and very much of the land remains to be possessed.’”

v. 13 “But the sons of Israel did not dispossess the Geshurites or the Maacathites.”

15:63; 16:10: “Now as for the Jebusites, the inhabitants of Jerusalem, the sons of Judah could not drive them out. . . but they did not drive out the Canaanites who lived in Gezer.”

17:12 “But the sons of Manasseh could not take possession of these cities, because the Canannites persisted in living in that land.”

Throughout these texts, it is also to be noted that on several occasions, it also reads that those Israel could not drive out “live among Israel until this day.”

Did they really possess ALL the land? The simple answer is: No. But does not Scripture then contradict itself, and did God not really fulfill His promise to Israel?

While they took the land and lived in it, they never fully “dispossessed” the enemies from the land.

1. It is important to point out that the Israelites did indeed take the land God had promised and that God gave them the land (Josh. 11:23; 21:43–45). To take the land and have it given to them is to be differentiated from fully possessing the land. So while they took the land and lived in it, they never fully “dispossessed” the enemies from the land. To the writing of the book of Joshua, the enemies persisted until that time at least.

2. The fact that Israel “possessed and lived in the land” does not negate the fact that they might possess still more of it.

3. At the very time Scripture records Israel’s possession of the land (Josh. 21), their enemies (living among them) posed no threat. They had been subdued by Israel even though they were not completely driven out.

4. It wasn’t until the time of Solomon (not even David) that Israel’s borders came close to the parameters that God described in His Word. Israel’s borders extended to the border of Egypt (1 Kings 4:21) but not the river of Egypt mentioned in Genesis 15:18.

There are other distinctions that must be considered that help us understand the dilemma and controversy of Israel’s possession of the land.

First, there is an additional text relating to the Abrahamic Covenant where God is once again speaking to Abraham. Genesis 17:7–8 reads, “I will establish My covenant between Me and you and your descendants after you throughout their generations for an everlasting covenant, to be God to you and to your descendants after you. I will give to you and to your descendants after you, the land of your sojournings, all the land of Canaan, for an everlasting possession; and I will be their God.” “Everlasting” is the emphasis here, and without a doubt, Israel has NOT been in possession of the land in perpetuity. Throughout history, the Israelites have been exiled, taken captive, booted out (the Diaspora), and even to this day, the full extent of the land is NOT theirs. They have never been in full possession of all the land.

So, what gives? What could God possibly have meant in His covenant with Abraham? Amos 9:11–15 gives us insight that helps unravel the controversy and lingering questions:

“In that day [the future Millennial Kingdom]… Behold, days are coming… I will restore the captivity of My people Israel… I will also plant them on their land, and they will not again be rooted out from their land which I have given them,” says the Lᴏʀᴅ your God.”

One day, at the end of the Tribulation, all of surviving Israel will “look on Me whom they have pierced.”

Israel’s history of rebellion, idolatry, unfaithfulness, and rejection of Jesus Christ as their true Messiah has kept them from fully realizing the Abrahamic Covenant and fully possessing the land. One day, at the end of the Tribulation, all of surviving Israel will “look on Me whom they have pierced” (Zech. 12:10). Israel’s repentance will be complete, and they will inhabit the future kingdom over which Christ will reign as their Messiah. Then and only then will Israel fully possess the land promised to them. God is faithful to His Word—to Israel and to us! 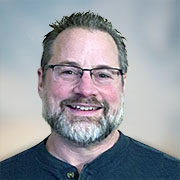 Paul is a Church Ministries Representative and Bible teacher for The Friends of Israel Gospel Ministry in the Pacific Northwest.