As the miles and hours of travel pass on a road trip, children typically ask that frustrating question: “Are we there yet?” Every parent knows this scenario and, in response, tries to distract, entertain, or assure the kids of the great things to come when the trip is over.

As Bible-believing Christians, we, too, wonder when the journey will be over, when all the prophecies of Scripture concerning the end-times will be fulfilled and we can experience the great blessings of Messiah’s return. The Thessalonian church shared this concern 2,000 years ago (2 Thessalonians 2:1–2).

Evaluating the effects of major developments in recent years, including COVID-19 and the unprecedented unrest and confusion unleashed across the whole earth, we also find ourselves asking, “Are we there yet? Have we reached the start of the Tribulation period?”

Good Bible teachers often say, “There is nothing that has to happen before the Rapture can take place.”

Living in the Church Age, we have the privilege and responsibility of sharing the gospel and living for His glory. When this present age comes to an end, Christ will come in the air to take His church from the earth (1 Thessalonians 4:13–18) to be with Him in heaven (John 14:1–3). This Rapture will take place suddenly (1 Corinthians 15:51–53) and without warning. We look forward to this Blessed Hope, knowing we will be with our Savior.

Following the departure of the church, an emerging world leader, the Antichrist, will make a covenant with the nation of Israel (Daniel 9:27). Then the Tribulation will have begun.

Good Bible teachers often say, “There is nothing that has to happen before the Rapture can take place.” This is true—but there are other things we need to be aware of.

The Jewish Regathering in Israel

We have seen amazing prophecies fulfilled concerning the return of the Jewish people to the land of Israel (Ezekiel 36:24). This return is essential for the fulfillment of yet future prophecies requiring the Jews to be in the land. In Israel:

• Antichrist will make a covenant with the Jewish people.

• “Gog of Magog” will attack the nation and be repelled by God (Ezekiel 38).

• Believing Jews who obey Jesus will flee at the midpoint of the Tribulation (Matthew 24:15–20).

Israel is again a nation in the Promised Land, paving a path to these prophecies. But are there any other indicators concerning the Tribulation period we need to consider?

While the time between the Rapture of the church and the signing of the covenant is not stated, it may well be a relatively short period. It seems logical that some significant things need to develop leading up to the Tribulation.

First, the emerging leader, who will come from the old Roman Empire (Daniel 7:23–25; 9:26), needs to be “groomed and ready” (spiritually and politically) to make a covenant with Israel with authority. His identity as the Antichrist, however, may not be clearly revealed until after the Rapture (2 Thessalonians 2:3). In the early part of the Tribulation, he will “subdue three kings” and form a new kingdom, a confederation with seven other leaders (Daniel 7:24).

We believe him to be the one foretold in Revelation 6:2, riding a white horse, holding a bow, having been given a crown, and going out conquering and to conquer. Do we see any current leader with the right prerequisites emerging from the shadows? Not that we are aware of. There are other considerations too.

• Nation will rise against nation and kingdom against kingdom (v. 7).

• There will be famines, pestilences (widespread and deadly plagues or diseases), and earthquakes in various places (v. 7).

While pestilence is one of the signs of the end of the age (a description COVID-19 seems to fit), we do not have all the other conditions existing at the same time. Many other pandemics have come and gone, some of which were much larger and more devastating than COVID-19 has been.

Signs of the Times

Are all these signs evident together right now? Not yet.

Nevertheless, we can see some things in the world today that could be building up toward the end-times prophecies.

• Under COVID-19 regulations, governments all over the world exercised unprecedented control over citizens.

• Some leaders have proposed a one-world government to deal with issues like climate change, terrorism, poverty, international crime, and health crises.

• The “falling away” (2 Thessalonians 2:3) may well be the culmination of events and moral decline we see today.

• While Russia, Turkey, and Iran do not have a formal alliance, they have shown an increasing desire to cooperate for mutual defense.

These concerning examples could be seen as a prelude to the prophetic future. While we don’t know when the Tribulation will commence, even now, God may be gradually setting the stage for its arrival.

In light of all these things, what should be our Christian response?

1. We must not be consumed by what we see happening around us or by our own thoughts and suspicions of others. Be aware but not consumed—we belong to God, our strength and shield. His Word alone should be our guide to truth and meaning for these times. Confusion comes from Satan, but stability and peace come from faith in God Almighty. He has promised to never leave or abandon us.

2. We must fix our eyes firmly on the Lord, prayerfully trusting Him in everything. Scripture tells us to trust in the Lord and lean not on our own understanding (Proverbs 3:5–6); to be anxious for nothing, making our requests known to God, whose peace will guard our hearts and minds (Philippians 4:6–8); and to trust and keep our minds on God, who will keep us in perfect peace (Isaiah 26:3).

While we don’t know when the Tribulation will commence, even now, God may be gradually setting the stage for its arrival.

As we begin 2023, we must remember that we are called to be salt and light and to testify of our faith in Christ. We need to help people around us see the Lord’s peace in our own lives and that He alone can meet the deepest needs and fears of life for them too. We need to be ready to share His Word and be His witnesses to a lost and needy world.

So, are we there yet? Not yet—but the time of Tribulation is coming, perhaps soon. And, thankfully, the Lord is returning for His church even sooner. Let’s lift our eyes to God and trust the One who is ultimately in control, no matter what stands before us. 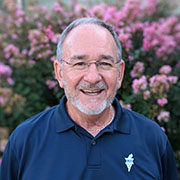