In April 2015, a 7.8 magnitude earthquake devastated the small nation of Nepal.

In a few moments 9,000 people were killed, more than were 20,000 injured, and hundreds of thousands were left homeless. Who were one of the first groups on the scene? Israeli doctors and rescue teams from the Israel Defense Forces. In our third segment of ways Israel is helping around the world, we go to Nepal.

The devastation in Nepal was severe, however the team of volunteers from Israel, including doctors and nurses, were set up in their temporary tent hospitals and seeing patients in only four days. It’s not the first time they have responded to a devastating tragedy outside of their own country. In 2010, less than 12 hours after Haiti’s earthquake, the Israel Defense Force had a fully functioning tent hospital up and running. And in 2013 they headed to the Philippines after one of the worst typhoons ever recorded hit that small nation.

In a world where we see the United Nations condemning Israel for unfounded issues and the media targeting this tiny nation, seeing the way Israel continues to bless the world is a refreshing reminder that God’s plans cannot and will not be thwarted. 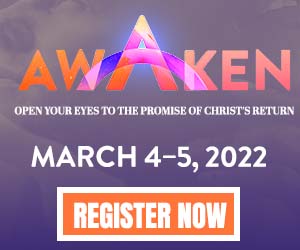