In the Footsteps of Jesus

Knowing we had a jam-packed schedule in the historic Old City of Jerusalem, our morning got off to a fast start today. After a hotel breakfast we drove down from our hotel across the Kidron Valley and up to the Mount of Olives. This spot offered the kind of view you dream of and wait your whole life to see. The whole city of Jerusalem stretched across the landscape from one end to another. It was a sight none of us will soon (or ever) forget!

We found a shady area on the mountain to enjoy our devotional from Steve Herzig with the best backdrop you could ever have. Steve spoke about Jesus’ teaching from Matthew 24–25, one of His longest uninterrupted speeches recorded in the Bible. In what we call the Olivet Discourse, Jesus spoke from the Mount of Olives about the Time of Jacob’s Trouble, a period of great tribulation for Israel and the Jewish people in the end-times, which John expounded upon in Revelation 6–19. But a promise of hope is attached: When He comes again, all will be made right, as He is truly the Good News both for Jews and Gentiles.

We journeyed the rest of the day on foot and were treated to some of Jerusalem’s gems, starting at the Temple. Namely, we climbed the steps of the Temple Mount; studied the intricacies of the Temple’s walls; and experienced firsthand a morning at the Western Wall, where devout Jewish people came to pray. The Temple Institute also provided an extensive display of Temple relics and replicas, and it did a great job telling us the history of this famed house of worship.

Along the way we got a good lay of the land in terms of exploring the city and its four quarters: Jewish, Christian, Muslim, and Armenian. It showed both how diverse the city’s population and operation are as well as how many religions revere Jerusalem as the most important city in their faiths. Tito brought us to many important historical locations on our walk. St. Anne’s Church gave us a great chance to make beautiful music, as the acoustics in the building made us sound like the best choir on Earth as we sang “How Great Thou Art, “Amazing Grace,” and “It Is Well With My Soul.” Just next door we got a look at the Pool of Bethesda as well. We enjoyed a lunch with an Israeli version of comfort food back home—pizza!—before leaving the Old City through the famous Damascus Gate.

The rest of our stops were all about the death and resurrection of Jesus. In the Old City we walked the Via Dolorosa, the street that represents the path Jesus was forced to walk, carrying His own cross, on His way to be crucified. This was a sobering walk, though the street today is busy with cars and motorcycles zipping past pedestrians in a tight space.

We saw the two places it was believed Jesus would have been buried: the Church of the Holy Sepulchre and the Garden Tomb. The church was a tall, lavishly decorated cathedral full of Catholicism’s biggest and boldest elements—paintings and architectural designs that dressed up and even distorted the truth of the crucifixion and resurrection. For example, a Jewish man was depicted as nailing Jesus to the cross, not a Roman, as the Bible taught.

The Garden Tomb stood in stark contrast. This was a humble place of reflection and serenity. Scripture calls Golgotha “Place of a Skull,” and I never realized how accurate a description this was until we saw a face right in the rock at the site. Amazing! There we also stepped inside the greatest picture of our faith: the empty tomb. What better reminder that our Lord and Savior Jesus Christ is risen from the dead and sitting at the right hand of the Father today! We had a memorable time of communion together huddled in a small chapel near the tomb. This was such a special place for us. Given what we saw between the Church of the Holy Sepulchre and the Garden Tomb, you can guess which site made us feel more in the presence of the Lord and the place of His resurrection.

Returning to the hotel, we settled in and enjoyed a great dinner together before a special presentation from Meno Kalisher, pastor of the Jerusalem Assembly who we learned about earlier in the week. We enjoyed hearing about his life story and his inspiring ministry as a witness for Christ in the land of Israel among his Jewish brethren that are far from the Messiah. It was a blessing also to hear from Meno’s son, Danny, who came with his wife, Rivka, and their four children to speak about his ministry with the church’s youth. We saw familiar faces in Jael, who gifted us with a musical performance earlier in the week, and her mother, Anat, who joined her then.

At the close of another wonderful day in the Holy Land, many of us are taking stock of the blessings God has given us on this trip. We know it will soon be time to leave Israel to return home, but we look forward to making more lifelong memories in the next two days. 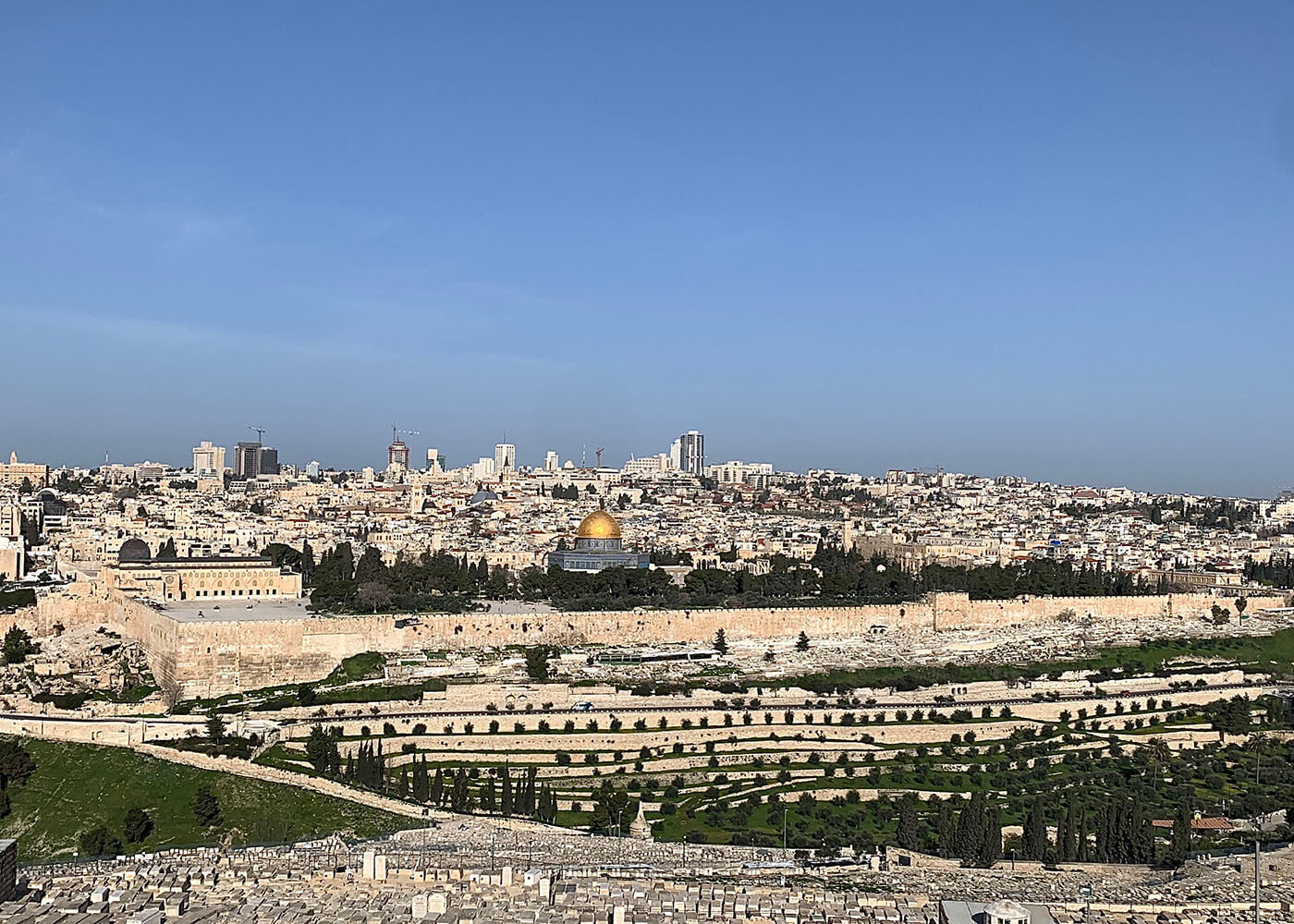 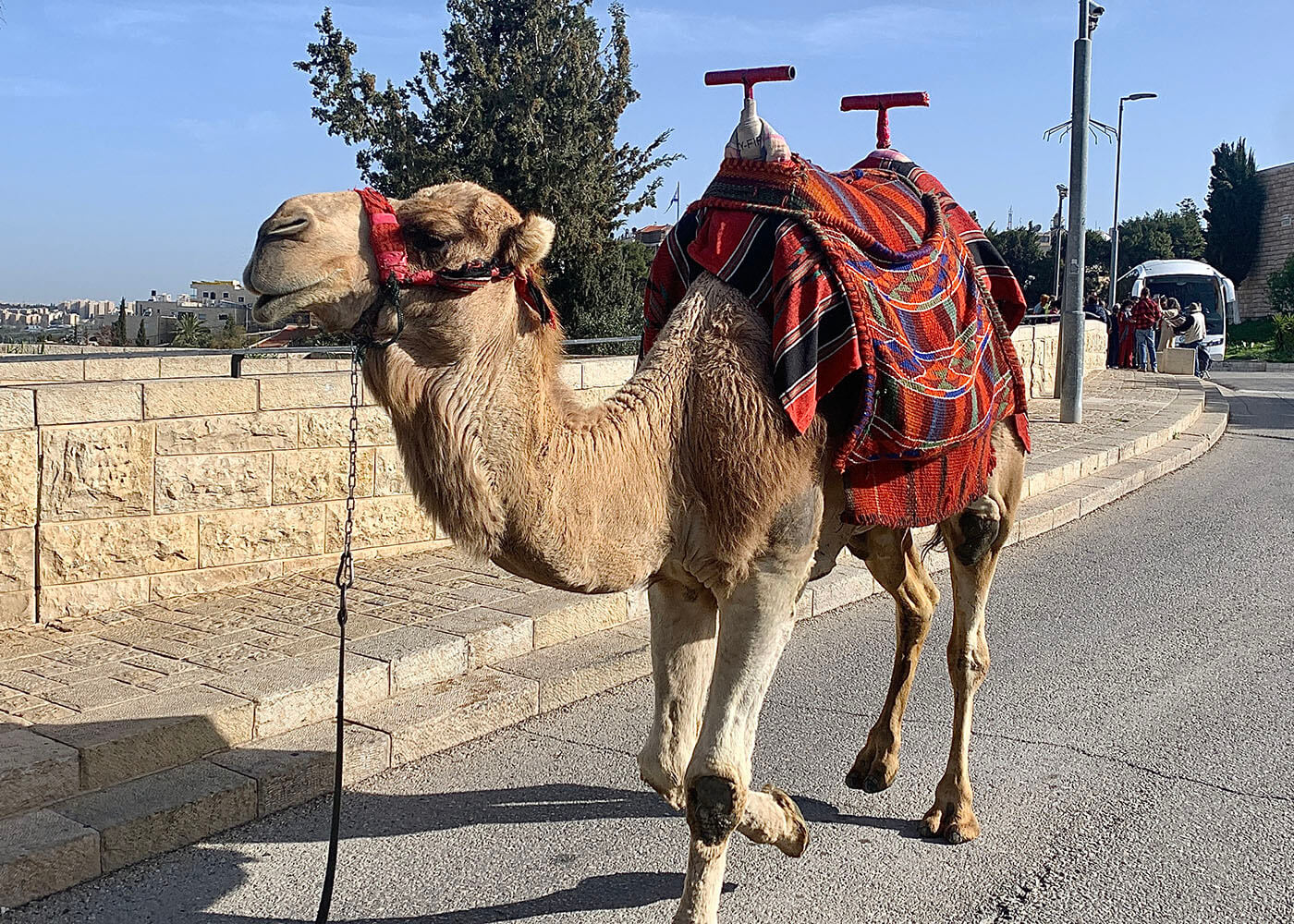 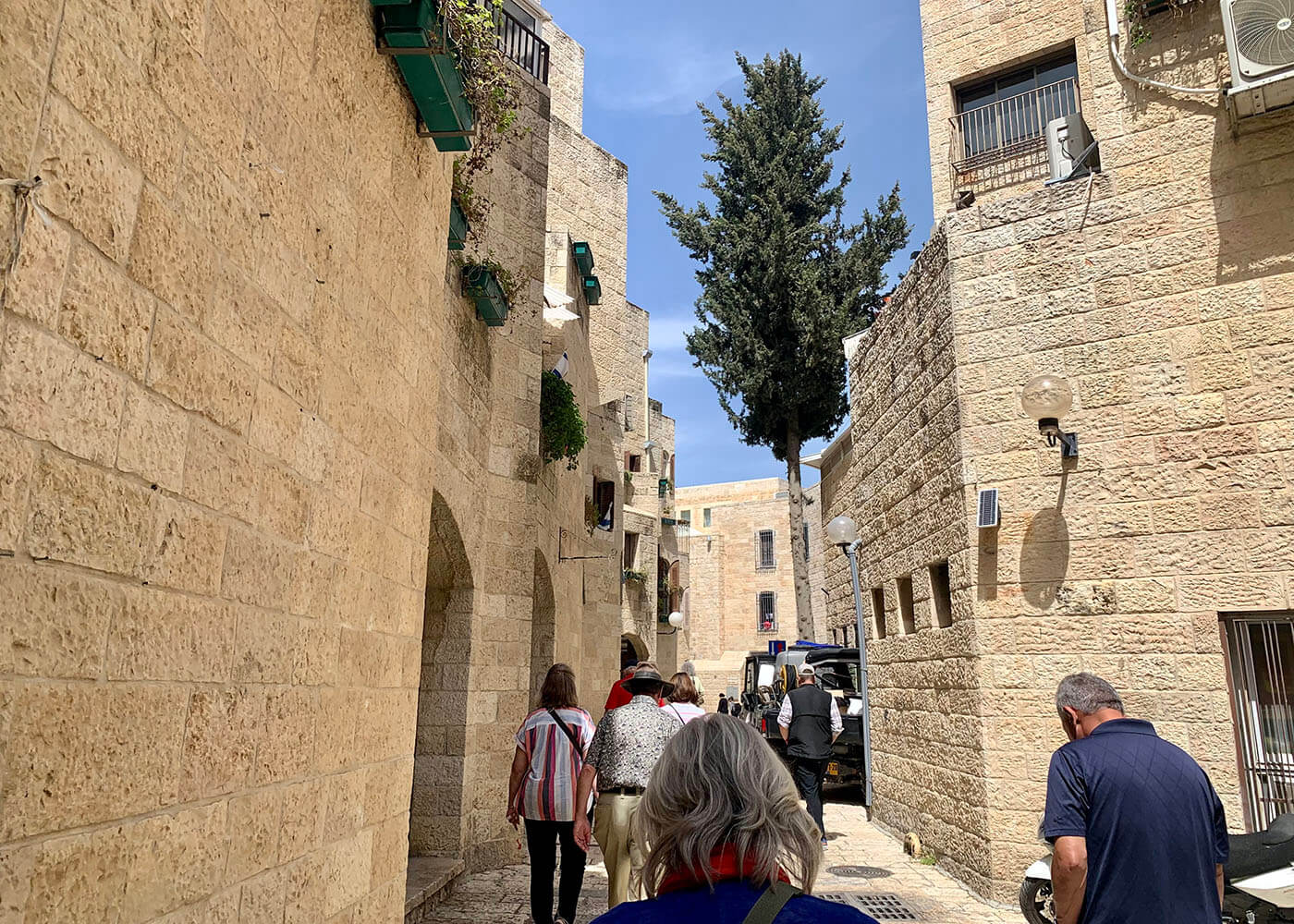 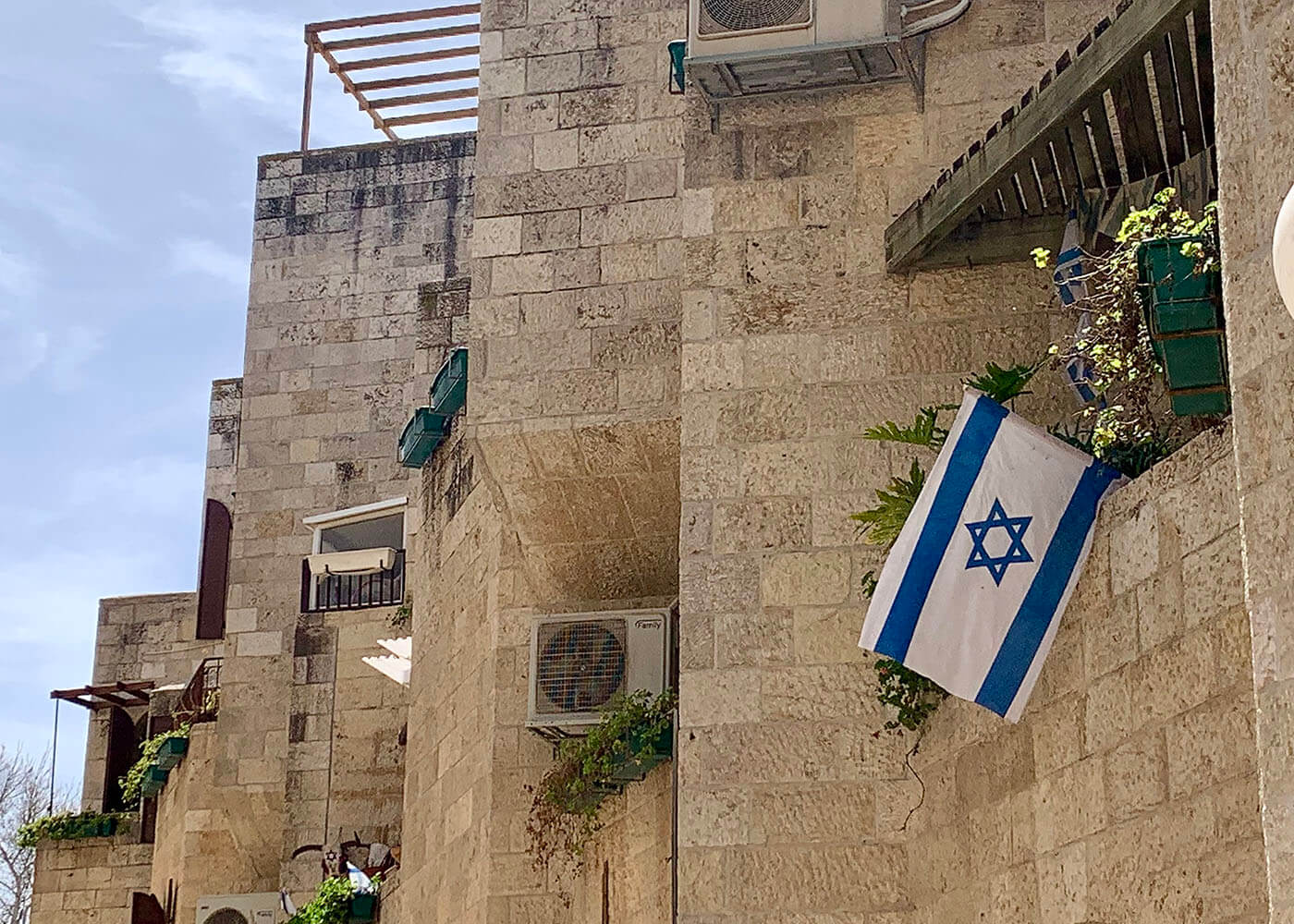 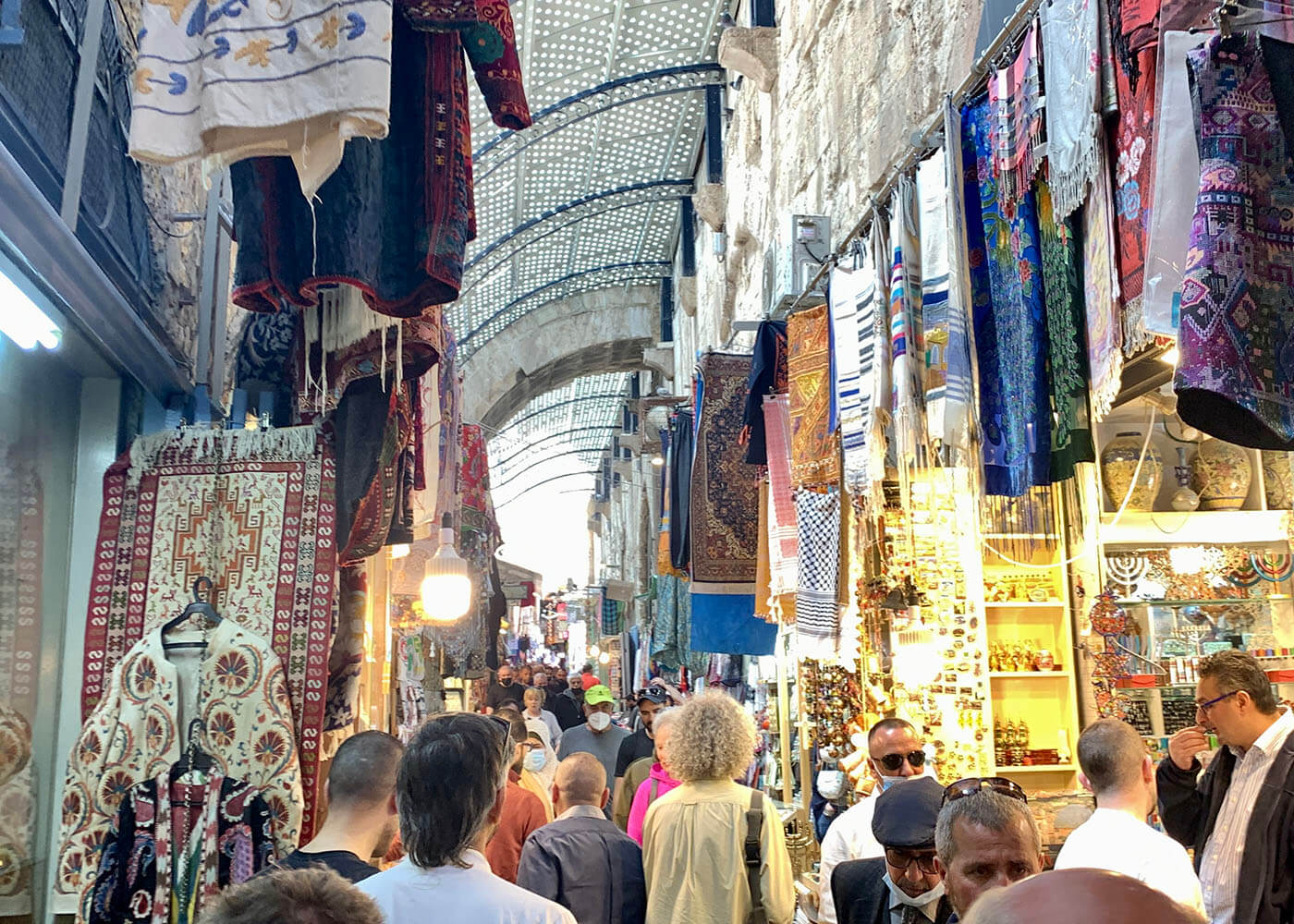 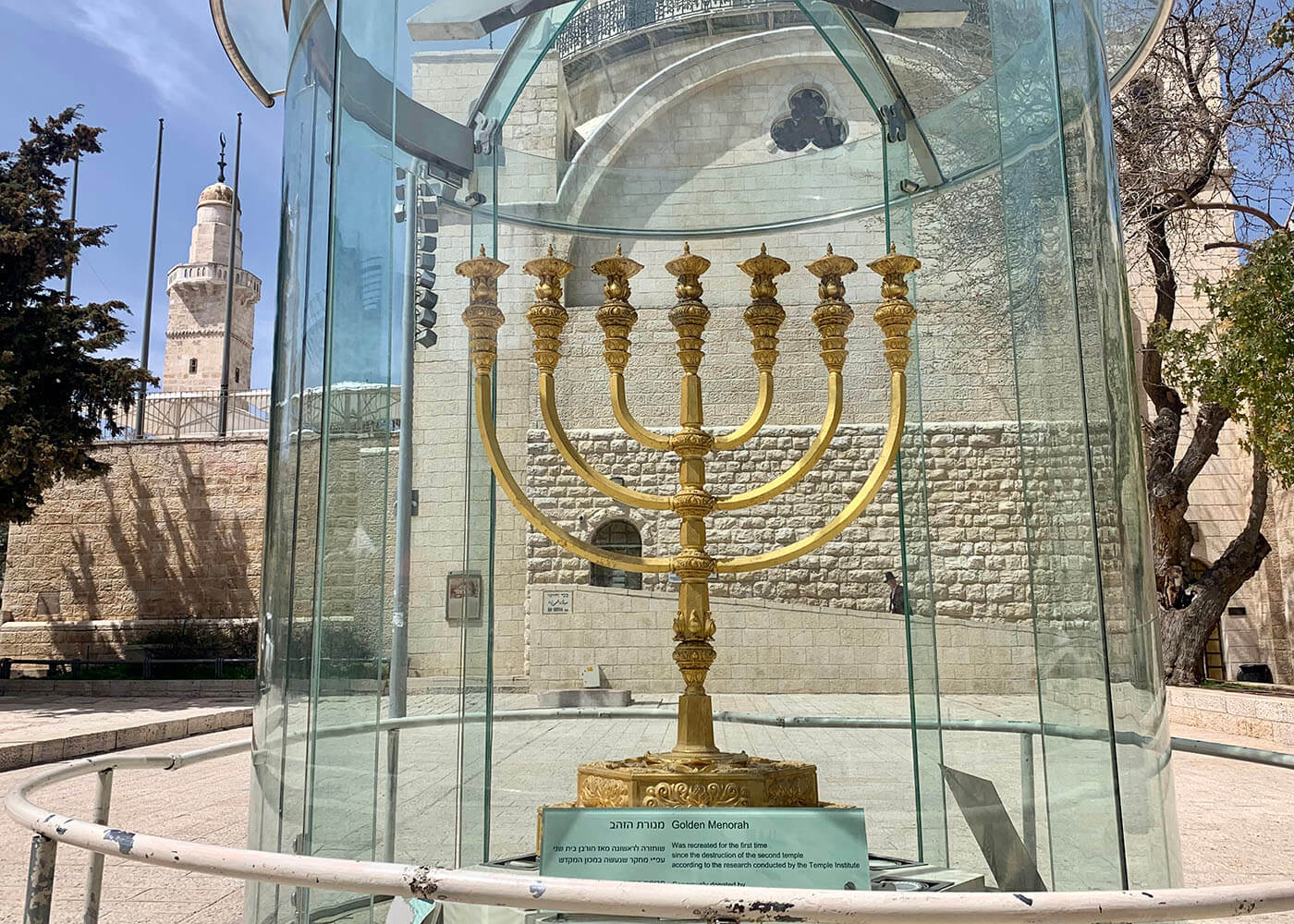 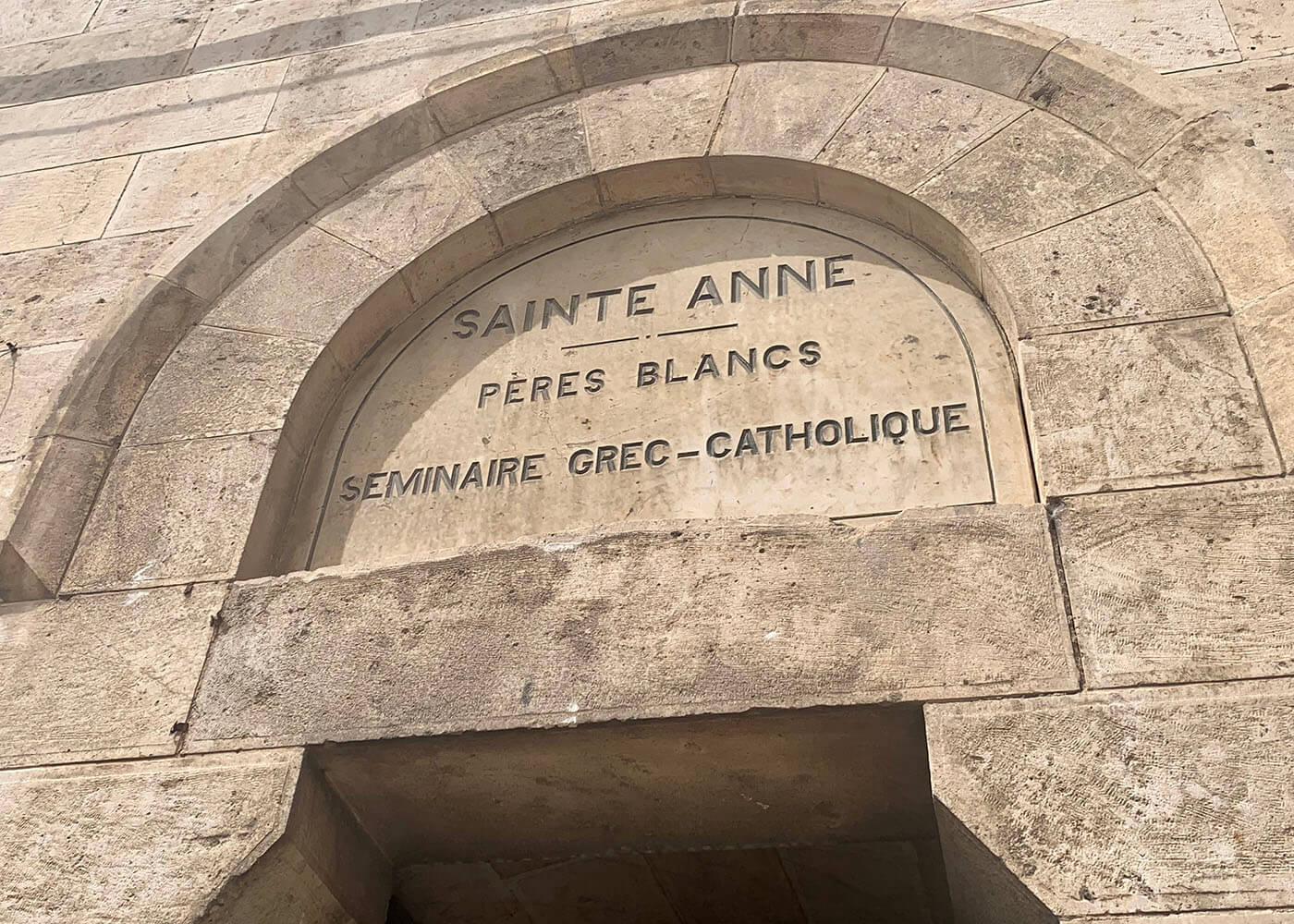 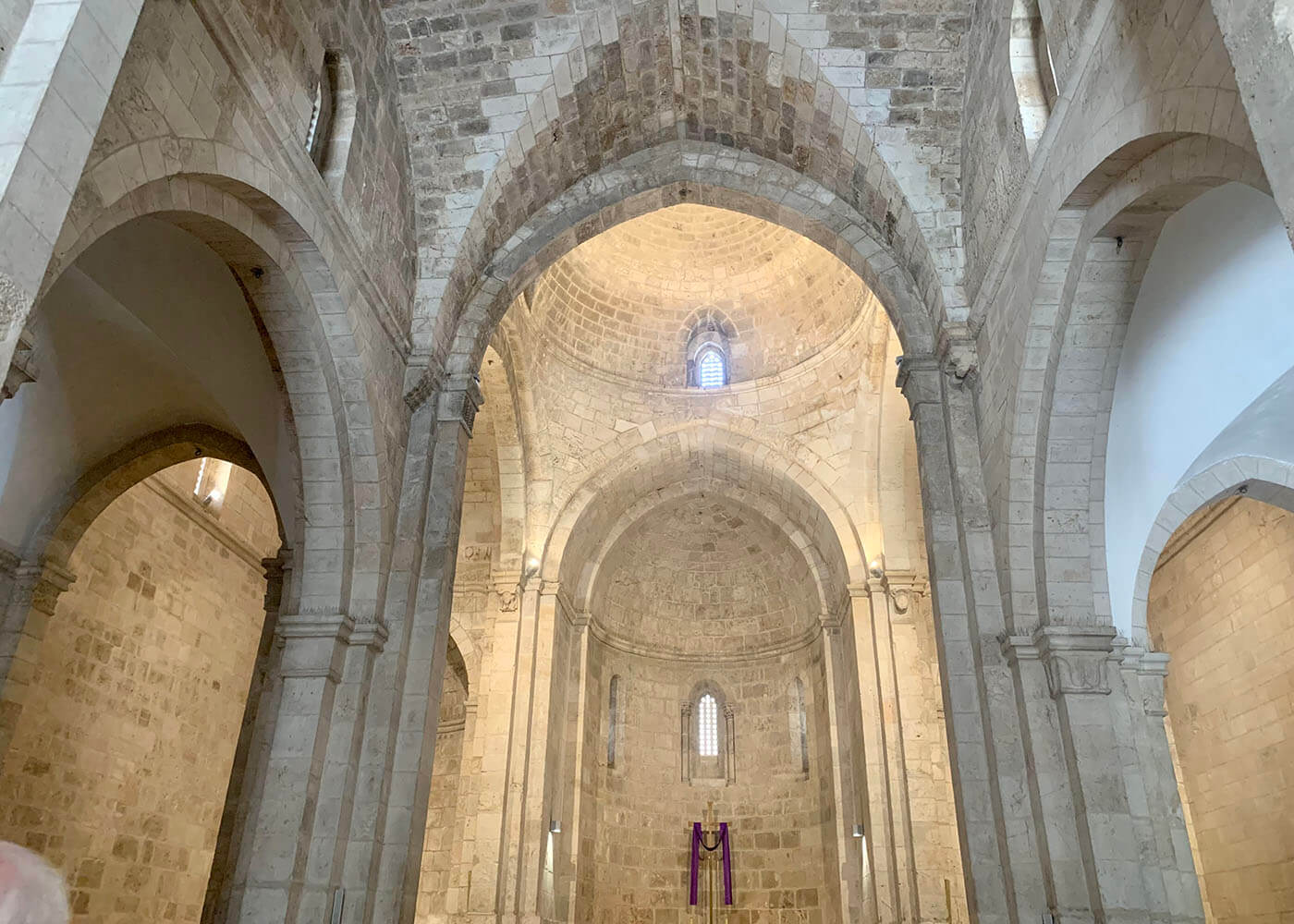 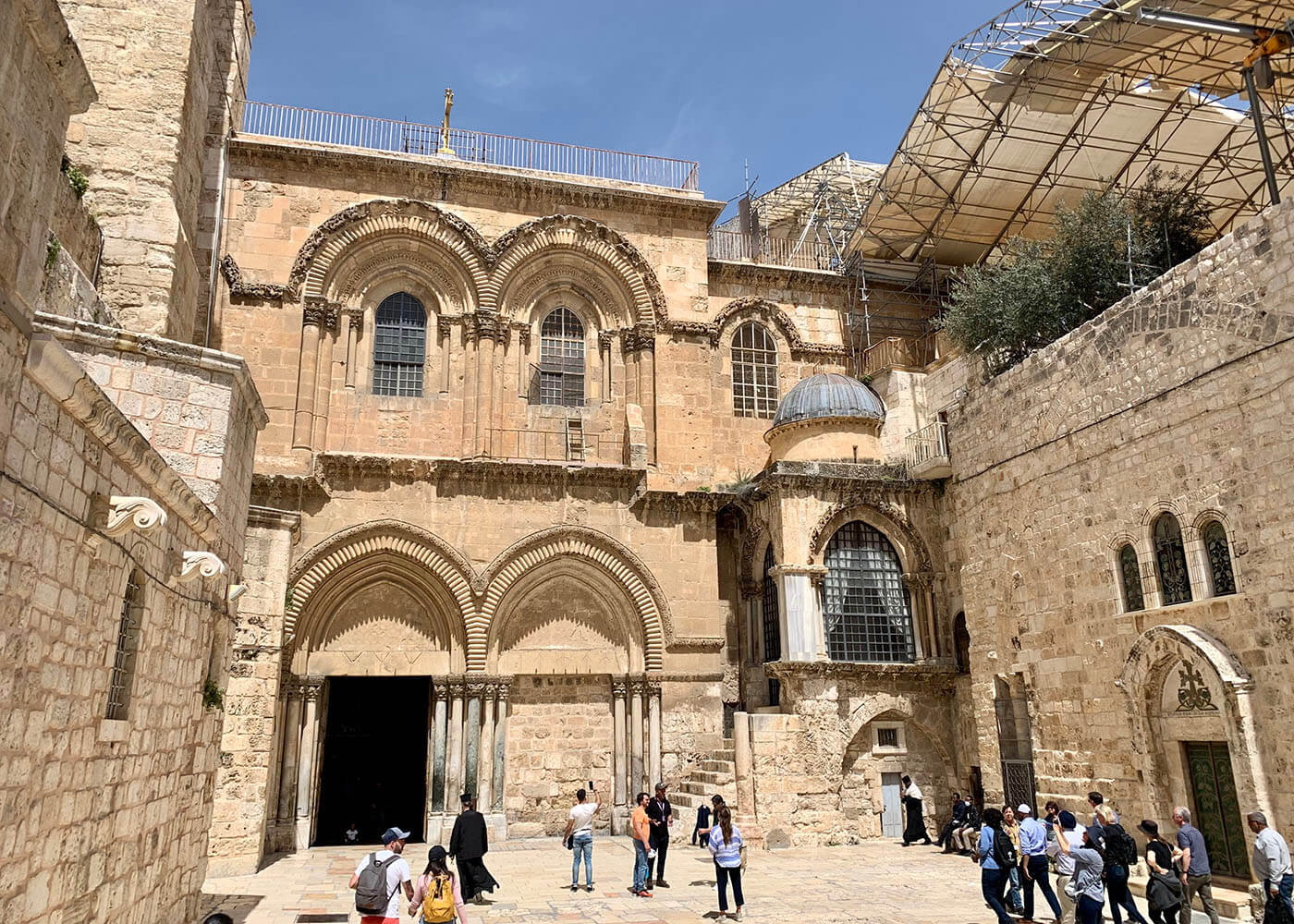 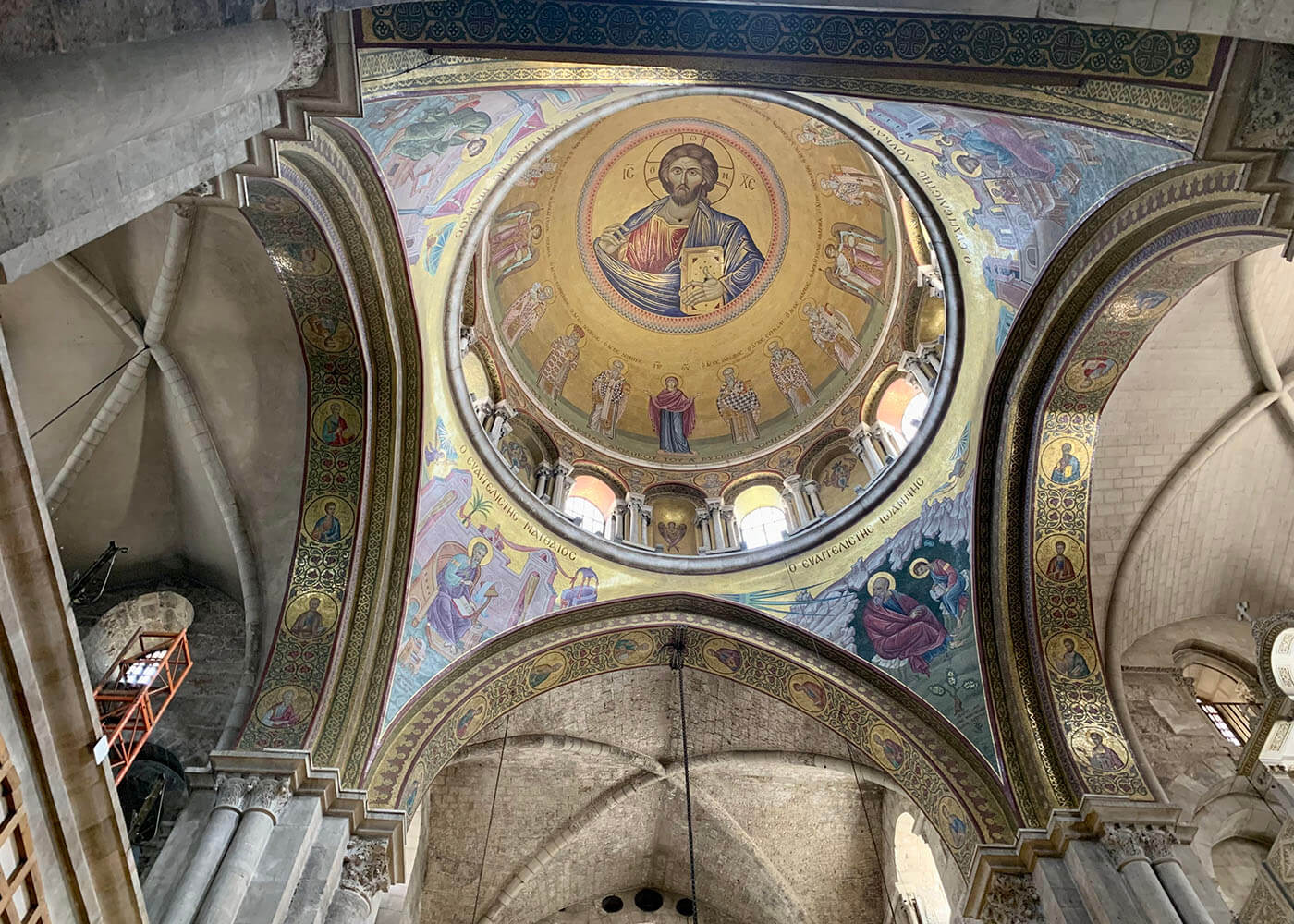 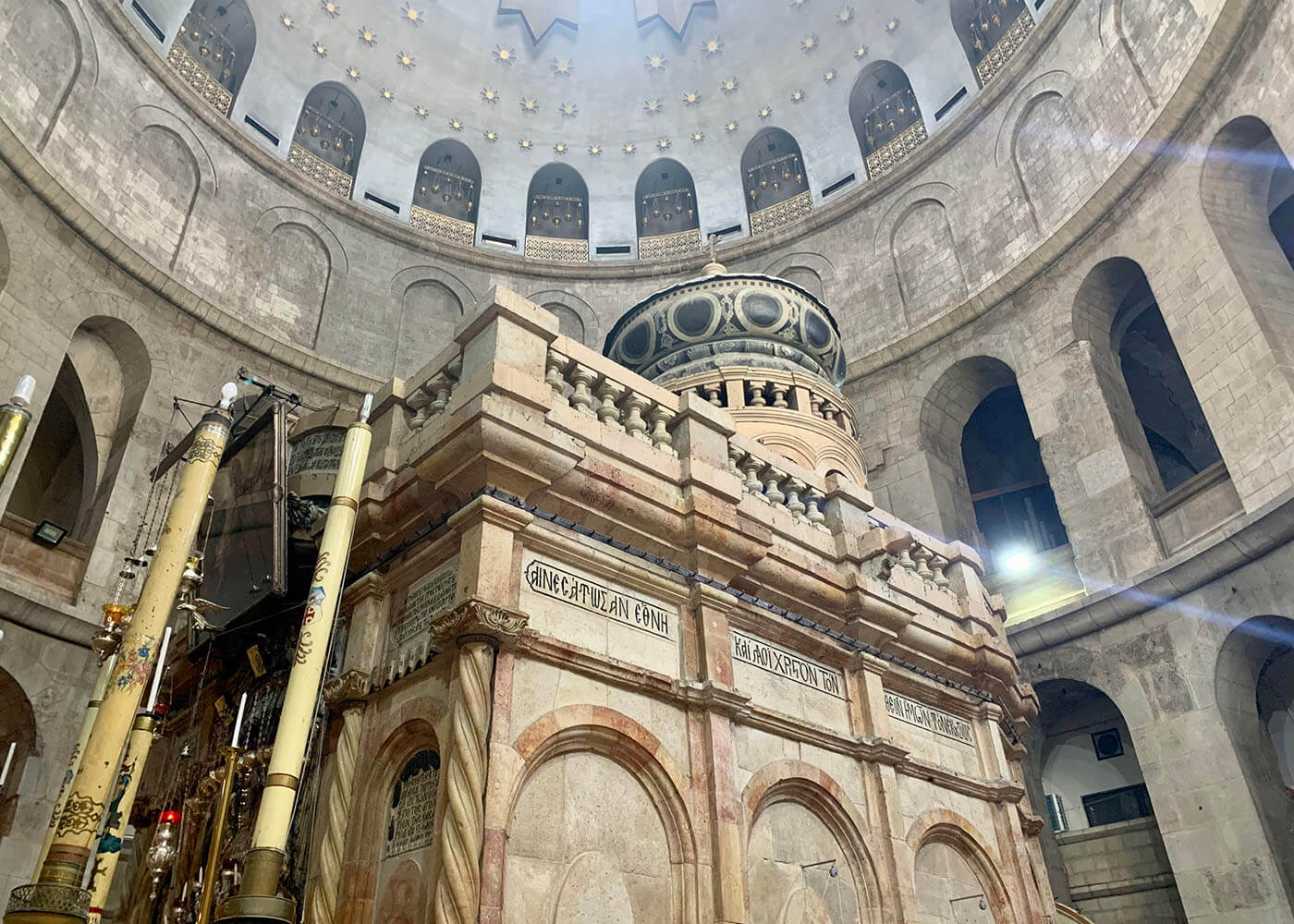 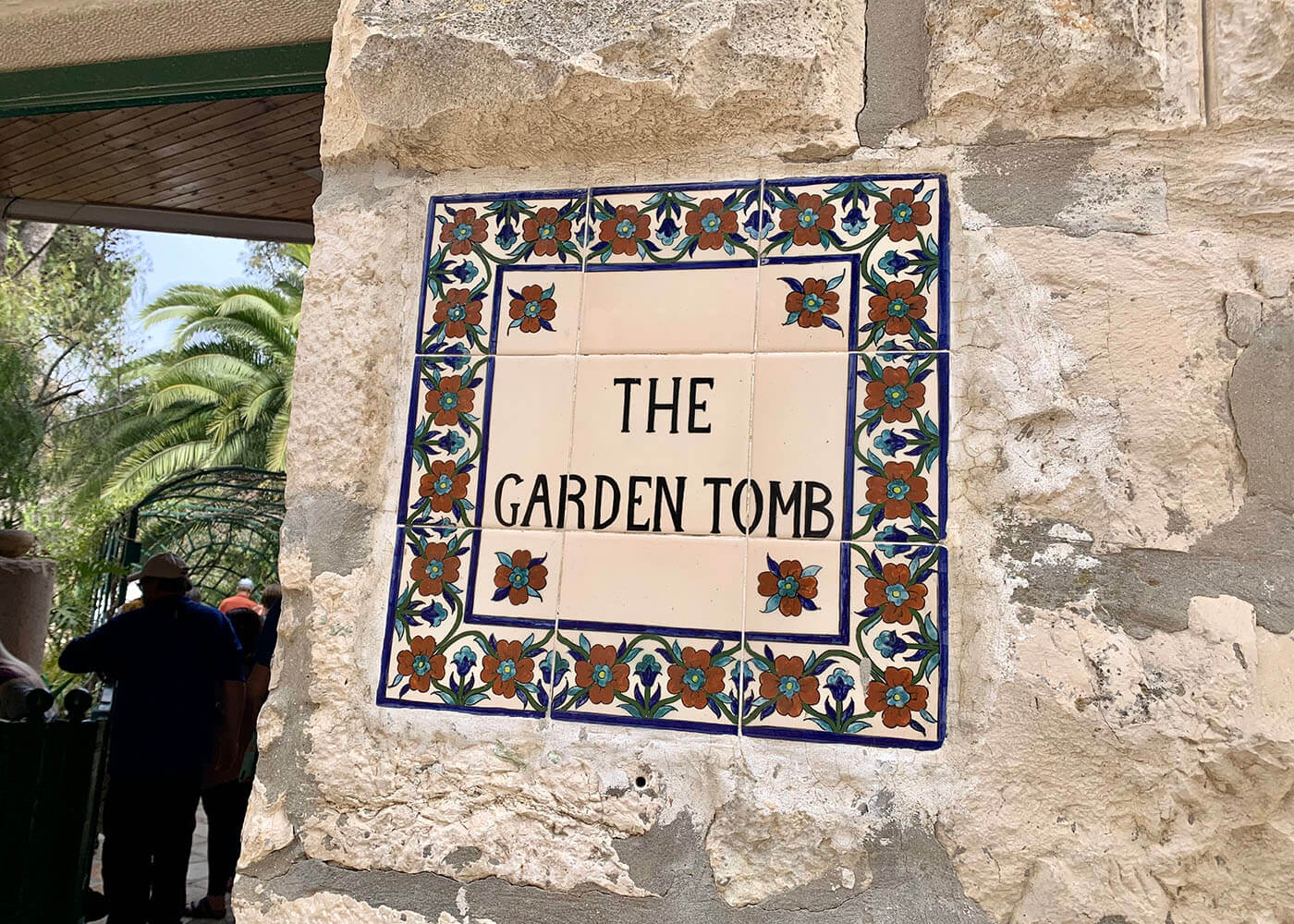 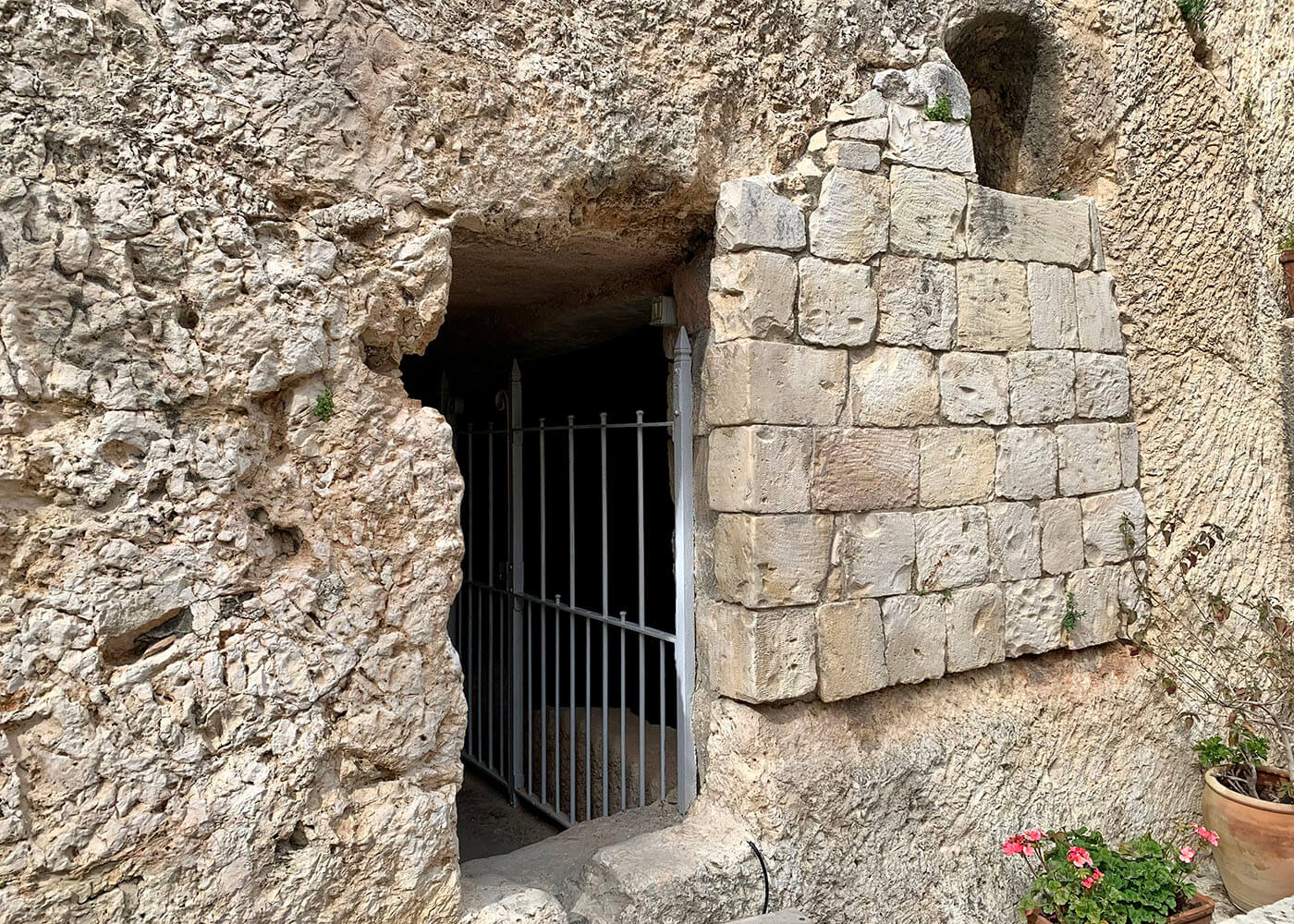 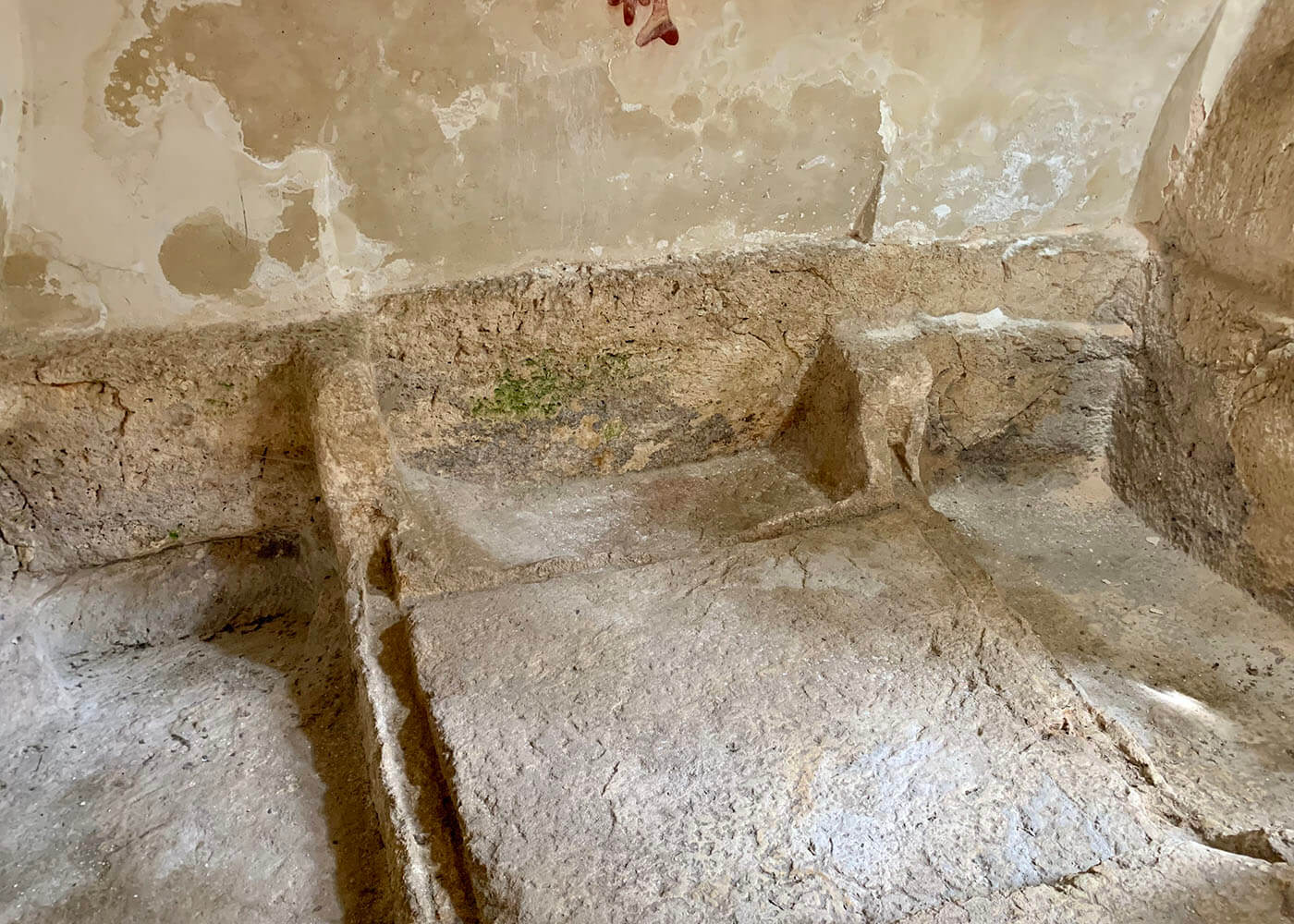 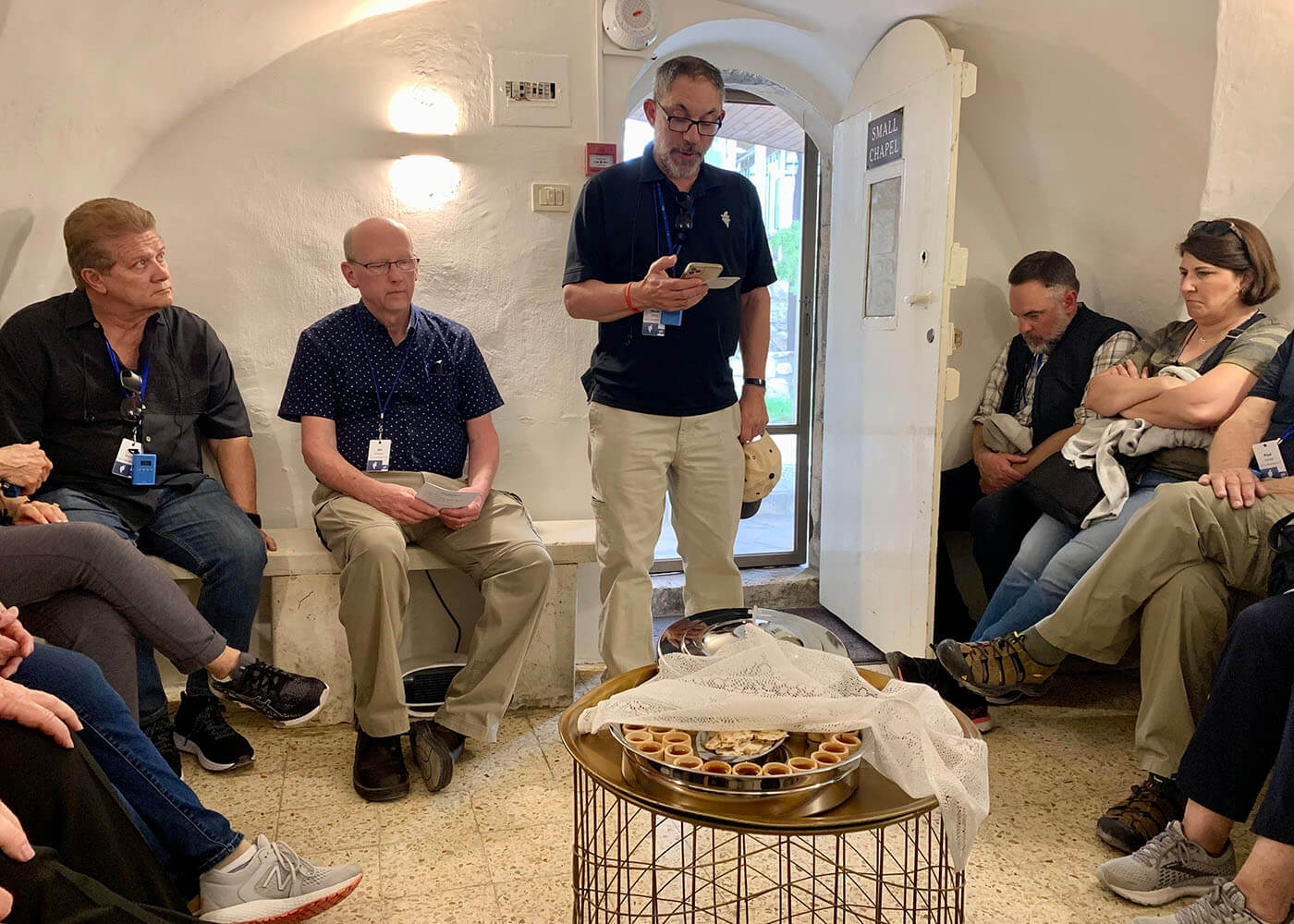 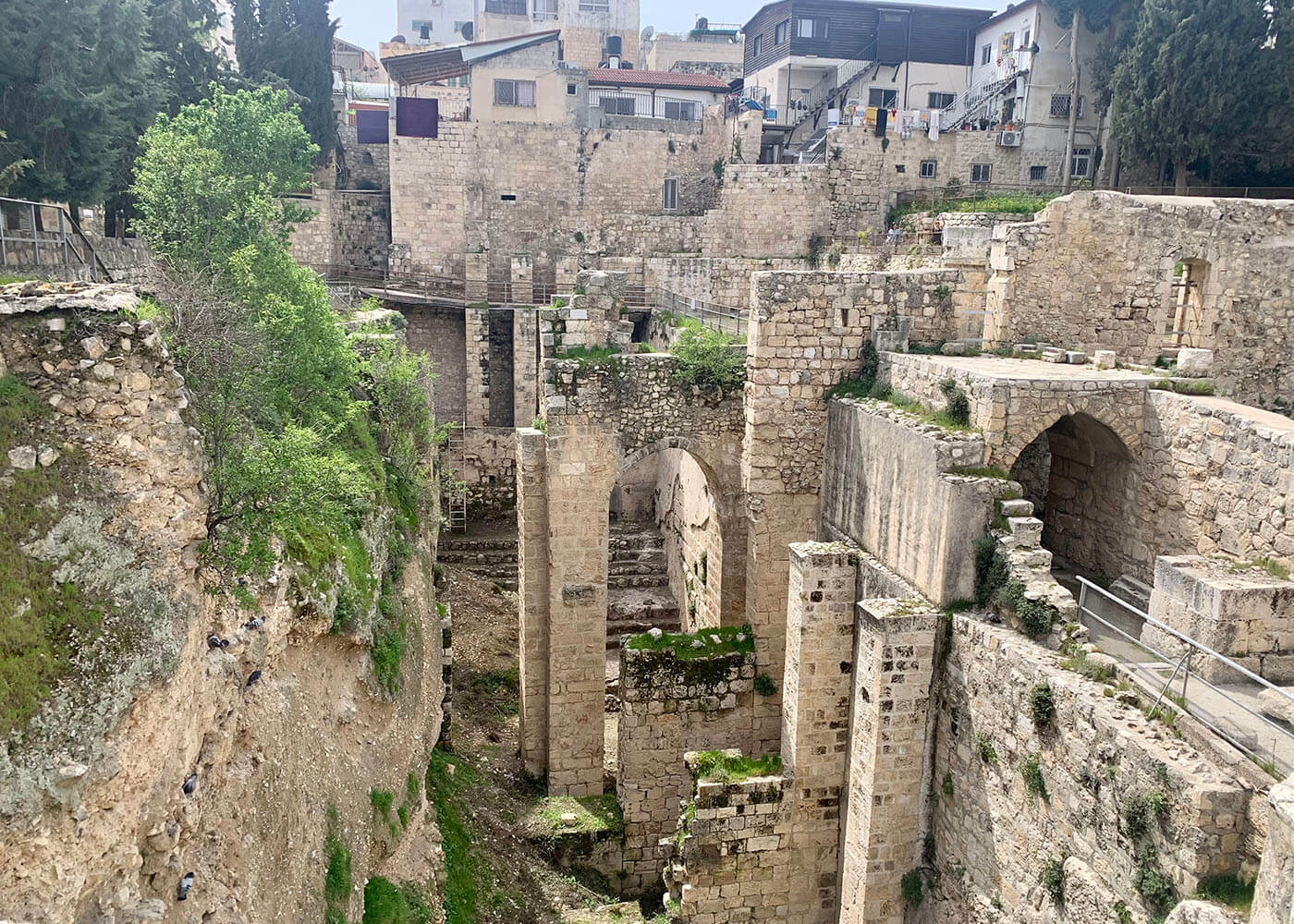 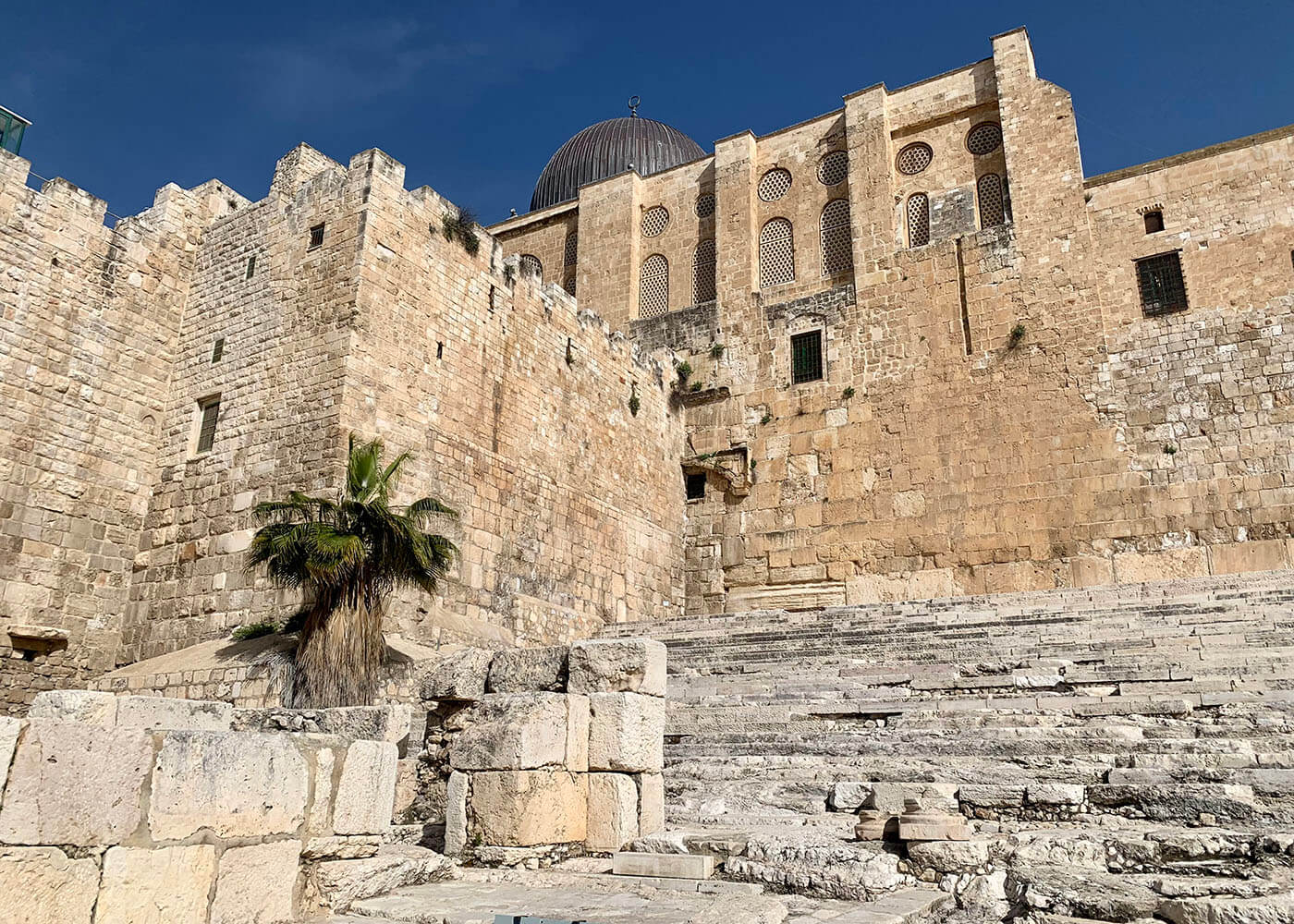 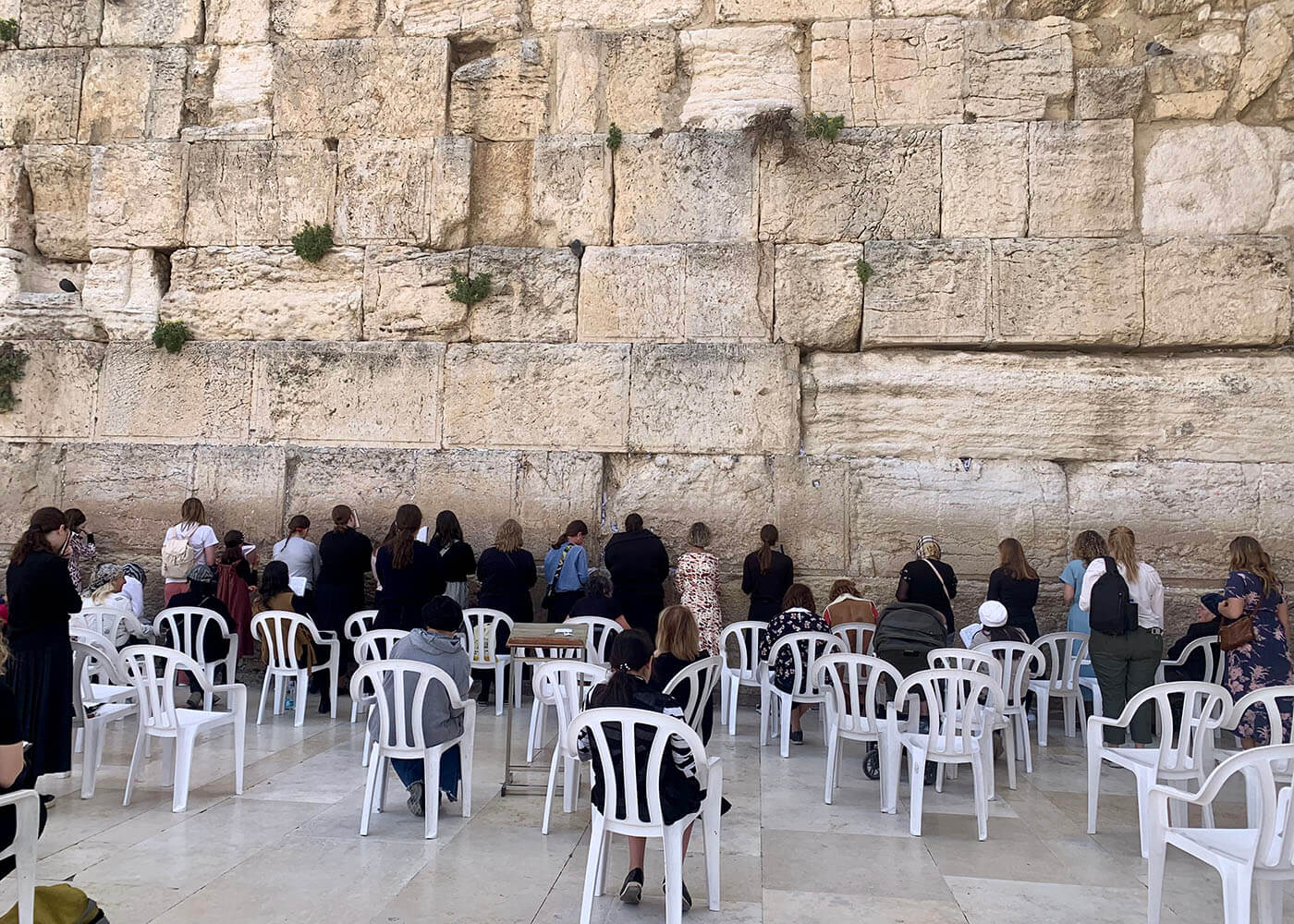 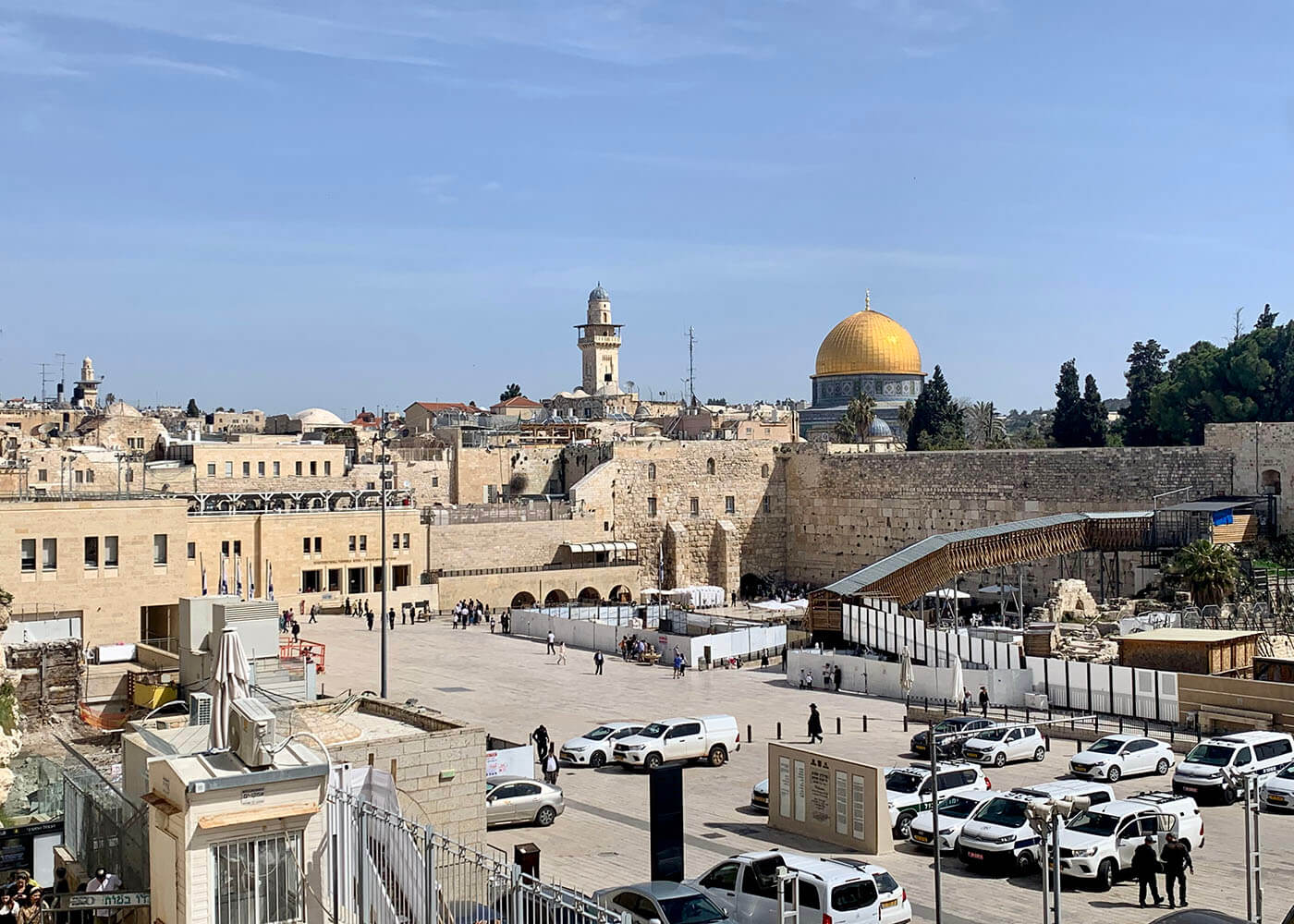