Needless to say, America was much different 65 years ago. The most significant difference between the America of then and now is its citizens’ attitude toward God. In 1952, America recognized its dependence upon the Lord. In 2017, we are a culture that has not simply turned our back on God—we have shaken our fists in His face. What should the church do now?

On April 17, 1952, President Harry S. Truman signed into law a piece of legislation establishing the National Day of Prayer. That same day, he issued a proclamation in which he stated that the National Day of Prayer should be a special event in “which all of us, in our churches, in our homes, and in our hearts, may beseech God to grant us wisdom to know the course which we should follow, and strength and patience to pursue that course steadfastly. May we also give thanks to Him for His constant watchfulness over us in every hour of national prosperity and national peril.”

Times have sure changed. Today, a simple Google search for the National Day of Prayer turns up a multitude of results, many of which are websites condemning the federal government’s endorsement of such a “sectarian” and “unconstitutional” event. 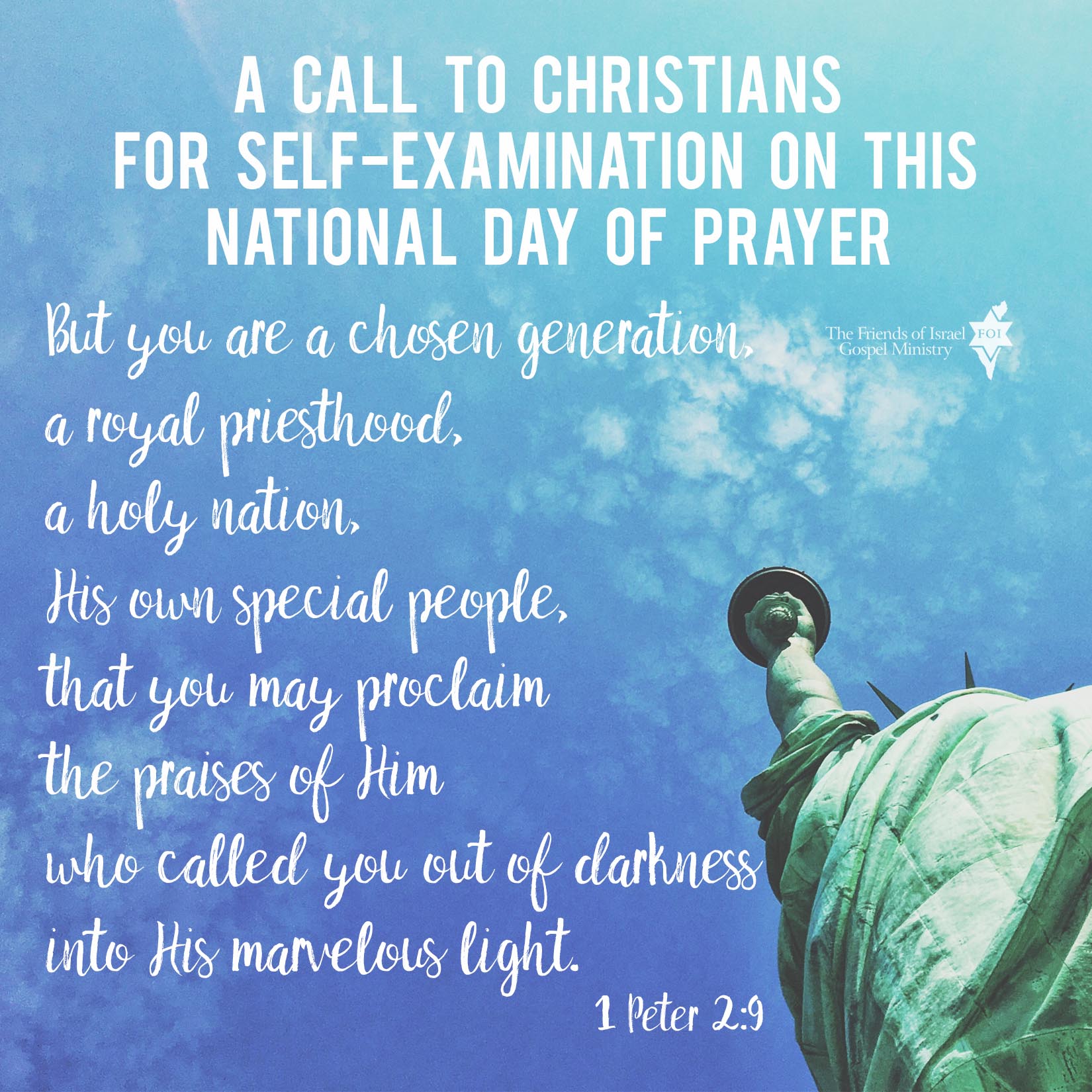 As Christians, it is tempting for us to become angry when we see the moral degradation of the American culture, and to turn cynical at the mention of national revival. After all, we know how Scripture says it’s all going to end. There’s no point in trying to change anything.

It’s true. God has revealed to us in vivid detail how post-fall human history is going to end, and it isn’t going to go well for the nations, including the United States. But does that give us an out? Did Christ tell us to take the gospel into all the world, making disciples, until we face a culture hostile to our message? Did the Lord indicate that we are to despair when an unbelieving culture acts…well…like an unbelieving culture? Not at all. But He does repeatedly warn the church not to forget its Foundation and purpose (Revelation 2).

Maybe, just maybe, the cultural decay we are observing is due, in part, to the lack of the church’s witness and influence. So what do we do? Well, obviously we need to be the church, taking the gospel out, loving people, representing God to a self-worshiping world. But what does that look like?

First, we must remember that without the Lord, we can do nothing (John 15:5). Any attempt at ministry, whether as individuals or as part of a local church body, if not done in the power of the Spirit of God amounts to nothing more than wood, hay, and straw (1 Corinthians 3:12). Let’s depend on Him and His strength for every task He puts before us.

Maybe, just maybe, the cultural decay we are observing is due, in part, to the lack of the church’s witness and influence.

Second, we need to stop thinking in terms of national revival alone, as if the United States as a national entity is going to be saved. Instead, we must begin thinking about our personal sphere of influence—the unsaved friend we haven’t had coffee with in a while; the guy we sit with at lunch every day; the kids in our weekly AWANA group and Sunday school class. It’s possible that the Lord may one day call some of us to minister to people on the other side of the world—and we need to be ready  for that!— but He has certainly called us to share with the people in the place He has put us right now.

Third, let’s examine ourselves. Are we reading God’s Word on a regular basis? Are we communing with Him? Are we obeying His command to pray for our leaders and those in authority over us (1 Timothy 2:1–2)? Are we yielded to Him for any service He may call us to?

On this National Day of Prayer, let’s follow President Truman’s advice, asking the Lord for wisdom, strength, and patience, giving Him thanks for our great nation. But let’s also examine ourselves and ask Him how He would like to use us today. We may not lead a national revival; but maybe we will be used to point one lost American to the Lord Jesus Christ.

Ty is a Field Representative for The Friends of Israel Gospel Ministry. He ministers to the Las Vegas Jewish community by building relationships through volunteer work with various pro-Israel/Jewish organizations, a Bible study with rabbis, and care for Holocaust survivors. Ty also speaks in churches and at Christian colleges about Israel and the Jewish people. Ty resides in the Las Vegas area with his wife, Lissy, and their two children. You can support Ty's ministry online here.