Most Christians would agree that the apostle Paul was a man on a mission.

In Acts 20:20–21 he said, “I kept back nothing that was helpful, but proclaimed it to you, and taught you publicly and from house to house, testifying to Jews, and also to Greeks, repentance toward God and faith toward our Lord Jesus Christ.” No matter whom he met, he proclaimed the same message: repentance and faith in Jesus, the Messiah of Israel.

Today, however, some of the same people who praise Paul’s teaching reject this scriptural truth in favor of a new message: Jewish people do not need to understand, embrace, or profess faith in Jesus because Jesus is only for Gentiles.

This is a rather new heresy to confront the church. It is often identified as Dual Covenant. It maintains that Jewish people should only keep the laws and traditions of Judaism to be assured of a place in heaven.

Dual Covenant can best be defined as the belief that the New Testament, or covenant, applies to Gentiles only. Thus Jesus Christ is not the Savior of the Jewish people, who should relate to God through the Old Testament covenant of the Mosaic law.

Christian preacher David R. Reagan says of this unbiblical position that some Bible-believing Christian churches are accepting: “The Scriptures speak clearly to the fact that all people, including the Jews, need a Savior and that Jesus of Nazareth is that Savior— the one and only (1 John 5:1–5). Yet, this gross apostasy . . . is beginning to spread within the Evangelical community.”

Two ways to God? Is that possible? Not when we study the Hebrew scriptures.

The Bible is clear that there has always been only one way to please the Lord— through obedience. In the Garden of Eden man received a single command: Don’t eat from the tree of the knowledge of good and evil, “for in the day that you eat of it you shall surely die” (Gen. 2:17).

God could not have been clearer. But Satan tempted Eve, and she ate. Then she gave the fruit to Adam, and he ate. Realizing they were in trouble, they attempted to hide from the Lord when He came to speak with them, refused to take responsibility for their disobedience, and sought to blame others for their actions.

God had a single way: Don’t eat from the tree, and you will live. They chose another way, which cost them the garden and brought hardship and death to all mankind. The Bible is clear: “In Adam all die” (1 Cor. 15:22).

When Israel was trapped in Egypt and the Lord worked through Moses to deliver the Jewish people from their enemies through the plague of death of the firstborn, the Lord made it clear that death would visit every home, Jewish and Egyptian, unless the occupants did exactly as He instructed.

God has always been concerned about the whole world. Be it the Hebrew scriptures or the New Covenant (Testament), God’s concern for all is evident.

They were to choose a lamb on the tenth day of Nisan, observe it for three days, kill it at twilight on the fourteenth of Nisan, and apply its blood to the doorposts and lintels of their houses. Then they were to roast the lamb with fire and eat it with unleavened bread and bitter herbs.

The Lord told them, “The blood shall be a sign for you on the houses where you are. And when I see the blood, I will pass over you; and the plague shall not be on you to destroy you when I strike the land of Egypt” (Ex. 12:13).

The choice was obvious. Both Hebrews and Egyptians needed to take God at His word. In fact, the previous nine plagues had caught the attention of many Egyptians (Ex. 9:20). Some probably followed the Lord’s instructions to the letter because a number of Egyptians even left Egypt with the Israelites (Ex. 12:38). The point is that the Lord was going to judge both Jews and Gentiles and that He provided only one way for them to avoid judgment. It was not a Gentile way or a Jewish way. It was His way.

Later in the nation’s history, Israel found itself in trouble due to sin. The Lord sent “fiery serpents,” or poisonous snakes, among His people, and many died (Num. 21:6). Scripture says, “The people came to Moses, and said, ‘We have sinned, for we have spoken against the Lord  and against you; pray to the Lord that He take away the serpents from us’” (v. 7).

So Moses prayed for the people. Then the Lord instructed Moses, “Make a fiery serpent, and set it on a pole; and it shall be that everyone who is bitten, when he looks at it [the brazen, or bronze, serpent], shall live” (vv. 7–8).

The people of Israel had to obey the Lord’s command. He provided the way of escape, the way of life: look to the brazen serpent and live. There was only one way—God’s way.

God has always been concerned about the whole world. Be it the Hebrew scriptures or the New Covenant (Testament), God’s concern for all is evident.

In 1 Kings, at the dedication of Israel’s first Temple, Solomon finished his dedicatory prayer with these words:

“And may these words of mine, . . .be near the Lᴏʀᴅ our God day and night, that He may maintain the cause of His servant and the cause of His people Israel, . . . that all the peoples of the earth may know that the Lᴏʀᴅ is God; there is no other”  (8:59–60).

The God of Israel wanted the Gentiles to know that there was only one God and they were responsible to Him. He desired to have a relationship with them and bless them. A key part of the Abrahamic Covenant is where the Lord declares for all to see, “And in you [Abraham and his Jewish descendants] all the families [nations] of the earth shall be blessed” (Gen. 12:3).

Since there was only one way to God in the Old Testament, why would there be a dual covenant, or two ways, to God in the Church Age?

Paul had much to say about the law during his ministry. He taught that the gospel (the good news about Messiah) was first given to the nation of Israel. In Romans 1:16 Paul said, “It [the gospel] is the power of God to salvation for everyone who believes, for the Jew first and also for the Greek [Gentile].”

He also made it clear that the law could not save or deliver anyone from sin (Rom. 7:13–25) and that “Christ is the end of the law for righteousness to everyone who believes” (Rom. 10:4).

Yet it was to the church in Galatia that he wrote his strongest defense of his gospel message:

I marvel that you are turning away so soon from Him who called you in the grace of Christ, to a different gospel, which is not another; but there are some who trouble you and want to pervert the gospel of Christ. But even if we, or an angel from heaven, preach any other gospel to you than what we have preached to you, let him be accursed  (Gal. 1:6–8).

Thus there was no dual covenant for Paul, who was himself Jewish, taught in the synagogues, and condemned anyone who preached salvation through any means other than faith in Jesus Christ. He also taught the church of Galatia that the law was “added because of transgressions, till the seed [Messiah] should come” (Gal. 3:19). Ultimately, the law was to be “our tutor to bring us to Christ, that we might be justified by faith” (Gal. 3:24). In fact, Paul told the Galatians, “If righteousness comes through the law, then Christ died in vain” (2:21).

Consequently, if a Christian preaches salvation for anyone through any other means, he is preaching heresy.

Down through history man has always sought his own way. The author of Proverbs captured this human flaw when he was inspired to write, “There is a way that seems right to a man, but its end is the way of death” (14:12). Jesus confirmed the same concept in the gospel of Matthew:

Man always has a choice: Follow God’s plan, accept God’s way, and live; or follow your own plan and suffer the consequences. Jesus Himself said, “I am the way, the truth, and the life. No one comes to the Father except through Me” (Jn. 14:6). Preaching any other message would make Jesus a liar.

Christians are required to make Christ known to all they meet. We answer questions and declare the life-changing truth of the gospel message. But we cannot, nor should we try, to force anyone to believe. All individuals must decide for themselves.

As believers in Jesus, we must be faithful to the message. That’s what Paul said he did in his ministry as he declared “repentance toward God and faith toward our Lord Jesus Christ” (Acts 20:21).

This article was originally published in the January/February 2005 Israel My Glory magazine. 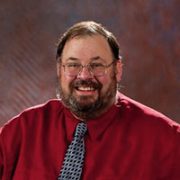