It’s rarely easy being Jewish. From the time the Babylonians destroyed Solomon’s Temple in 586 BC, the Jewish people have been under Gentile domination.

Even today every country on Earth thinks it has the right to tell the State of Israel what to do—where to place its capital, where it can build housing for its people, and how much force it can use to defend itself. The list goes on.

For centuries the Jewish people have suffered persecution, torture, and murder; yet God preserves them because He loves them (Dt. 7:8; Rom. 11:28). And they continue to be an example to the world of perseverance in the face of adversity.

At sundown on December 12, Jewish people around the world began the eight-day celebration of Hanukkah by lighting the first of eight Hanukkah candles. Most of us know the story of Hanukkah. In the second century BC, the evil Seleucid ruler, Antiochus IV, tried to assimilate the Jewish people into Greek culture and destroy Judaism. He forbade circumcision and Torah study, desecrated the Temple in Jerusalem by sacrificing a pig on the altar, dedicated the Temple to Zeus, and murdered anyone who did not conform. Some estimate he killed more than 100,000 Jewish people. He was so wicked and depraved that he is considered a type of the future Antichrist in the book of Daniel.

In the village of Modiin in Judea, the Jewish priest Mattathias refused to cooperate. He and his five sons, one of whom became known as Judah the Maccabee, courageously stood up for truth. They killed the soldiers trying to force them to forsake Yahweh and led a rebellion that resulted in the Jewish people retaking the Temple in 165 BC and restoring worship of the one true God: the God of Abraham, Isaac, and Jacob.

When Mattathias and his sons decided to defy the authorities, they had no idea how things would turn out. They could easily have been killed. Yet they decided they would rather die fighting for truth and freedom than debase themselves serving a false god.

Today many Christians around the world find themselves in a similar situation. In fact, Christian persecution is so severe that Raymond Ibrahim, with the David Horowitz Freedom Center and Middle East Forum, began writing a monthly column about it. “Most religious persecution in the Muslim world is by far directed against Christians,” he wrote. The accounts he provides can make you cry. Wrote Ibrahim, “Then there are the countless atrocities that never make it to any media, the stories of persistent, quiet misery that only the victims know.”

More Christians are dying for their faith today than at any other time in history. Only God Himself knows how many are taking a page from the Maccabees’ book and putting devotion to the true and living God over the expediency of converting to Islam.

Hanukkah is a story of Jewish courage, of men who stood for truth despite the cost and of almighty God who blessed their efforts. As the lights of Hanukkah burn brightly in windows this holiday season, may we Christians remember the Maccabees’ bravery and pray for our persecuted brethren, asking God to give us the same courage to stand up for our faith. 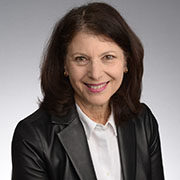 Lorna Simcox is the editor-in-chief of Israel My Glory magazine. She is a Jewish believer who came to know the Lord after spending many years in secular journalism. A graduate of the University of Vermont and Word of Life Bible Institute in Schroon Lake, New York, Lorna is also the author of The Friends of Israel’s popular book The Search, a heartwarming account of how God showed her the truth about Jesus and drew her to Himself.