God’s mercy is a beautiful thing. When we deserve punishment, He withholds. God fully demonstrates His mercy in Jesus Christ. The New Testament reveals that Jesus defended and administered God’s mercy in various ways during His ministry on Earth.

Mercy for the Unsaved
On one occasion Jesus and His disciples went to a house and ate a meal with publicans and sinners whom the Pharisees considered evil and defiling in God’s sight. Offended, they asked Jesus’ disciples, “Why does your Teacher eat with tax collectors and sinners?” (Mt. 9:11; cf. Mk. 2:16; Lk. 5:30). They were convinced eating with such corrupt people corrupted the holiness of God. When Jesus heard their question, He said, “Those who are well have no need of a physician, but those who are sick. But go and learn what this means: ‘I desire mercy and not sacrifice.’ For I did not come to call the righteous, but sinners, to repentance” (Mt. 9:12–13).

Jesus’ point was that God’s mercy for the unsaved prompted His Son to come into the world to save sinners. The only way they could become saved was through personal contact with Him.

Mercy for the Guiltless
On another occasion Jesus and His disciples walked through grain fields on the Sabbath. Being hungry, His disciples plucked and ate heads of grain. When the Pharisees saw it, they said to Jesus, “Your disciples are doing what is not lawful to do on the Sabbath!” (Mt. 12:2; cf. Mk. 2:23–24; Lk. 6:1–2). Jesus asked them if they had not heard that, when King David and his men were hungry, he entered the House of God and ate the showbread, which was lawful only for priests to eat. In addition, had they not read in the Law that, on the Sabbath, the Temple priests profaned the Sabbath and were blameless (Mt. 12:3–5)? Then He said, “In this place there is One greater than the temple. But if you had known what this means, ‘I desire mercy and not sacrifice,’ you would not have condemned the guiltless. For the Son of Man is Lord even of the Sabbath” (vv. 6–8). He asserted that it was He who determined what may or may not be done on the Sabbath. Therefore, when dire circumstances made it necessary to violate established Sabbath rules, He had authority to be merciful and permit blameless violation.

“But You, O Lord, are a God full of compassion, and gracious, longsuffering and abundant in mercy and truth” Psalm 86:15

Mercy for Healing
While on Earth, Jesus mercifully healed people from various illnesses:

Then Jesus went about all the cities and villages, teaching in their synagogues, preaching the gospel of the kingdom, and healing every sickness and every disease among the people (9:35). And when Jesus went out He saw a great multitude; and He was moved with compassion for them, and healed their sick (14:14).

He healed the blind. Two blind men followed Jesus, begging for His mercy, and came to Him while He was in a house: Jesus said to them, “Do you believe that I am able to do this?” They said to Him, “Yes, Lord.” Then He touched their eyes, saying, “According to your faith let it be to you.” And their eyes were opened. And Jesus sternly warned them, saying, “See that no one knows it” (9:28–30).

When Jesus left Jericho, two blind men sitting by the wayside heard He was passing by. They cried out, “Have mercy on us, O Lord, Son of David!”(20:30). The great multitude following Him told the blind men to be quiet. But instead, they cried out to Him all the more. When Jesus asked what they wanted Him to do, they requested their eyesight. “Jesus had compassion and touched their eyes. And immediately their eyes received sight, and they followed Him” (20:34; cf. Lk. 18:35–43). (The word translated “compassion” is related to the concept of mercy.)

He healed the demon-possessed. A Canaanite woman from the region of Tyre and Sidon came to Jesus and cried out, “Have mercy on me, O Lord, Son of David!” She was desperate because her daughter was severely tormented by a demon (Mt. 15:22). At first Jesus did not respond. His disciples urged Him to send her away because she had been pursuing them with her cries. But Jesus explained to them why He had not responded to her: He had been sent to minister exclusively to “the lost sheep of the house of Israel,” not to Gentiles (v. 24). Nevertheless, the woman prostrated herself before Him in humility and adoration, pleading with Him, “Lord, help me!” (v. 25). Jesus responded, “It is not good to take the children’s bread and throw it to the little dogs” (v. 26). The woman’s persistent response was, “Yes, Lord, yet even the little dogs eat the crumbs which fall from their masters’ table” (v. 27). Jesus was so impressed by her persistence that He exclaimed, “O woman, great is your faith! Let it be to you as you desire” (v. 28). As a result, the woman’s daughter “was healed from that very hour” (v. 28).

“But You, O Lord, are a God full of compassion, and gracious, longsuffering and abundant in mercy and truth” Psalm 86:15.

Parts of this blog were taken from the July/August 2012 Israel My Glory. 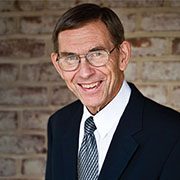 (1936-2019) Dr. Renald Showers was an author, trusted theologian, and Bible teacher for the Friends of Israel Gospel Ministry.