Ilive in Poland which today is the symbol of the Holocaust.

When a Jewish person comes to Poland, his first thoughts are occupied with the death of millions of his brothers and sisters killed in this land. My own family only survived the war through a true miracle. My great-great-grandfather, Josef Rabinek, lost most of his wealth in the great Depression and moved from Czechoslovakia to Poland. The rest of the Rabinek family that stayed in Czechoslovakia was taken to Auschwitz and killed during World War II.

Josef Rabinek’s son Jan married Cecilia Wolter who was a German Jew. Jan and Cecilia settled in a small Polish village called Baruchowo. The town, whose name comes from a Hebrew word Baruch, meaning “blessed,” was almost entirely Jewish before 1939. Jan and Cecilia survived the war because a Catholic priest gave them his last name—Czapski. It would be almost impossible to escape the extermination if you had Rabinek as your last name during World War II.

My father’s family was very fortunate. But for many Jewish people living here, the story did not end with survival. For this reason, today Jewish people are more afraid to visit Poland than Germany, even though it was Nazi Germany that created the horror of the Holocaust. And yet it was Poland where half of the 6 million Jewish people died during World War II. Why here? Because the largest Jewish community in Europe was in Poland. It was very convenient for the Nazi killing machine to create death camps in Poland where the most Jewish people lived.

Did you know that when the German soldiers crossed Poland, they were shocked at what they saw? Before their arrival in Poland they had never seen whole villages that were entirely Jewish. Invading Poland, finally, they faced the reality that Joseph Goebbels’ propaganda had murdered Jews in shocking numbers.

Living in Poland, I am committed to doing my part in ensuring the horrors of the Holocaust will not be forgotten.

On January 27, 1945, Soviet Union soldiers uncovered the horrors of Auschwitz by liberating the biggest concentration camp in Europe. A camp where over 1.1 million people suffered extermination. Around 90 percent of those killed were Jews. In 2019, we commemorate the 74th anniversary of the liberation of Auschwitz through International Holocaust Remembrance Day.

Living in Poland, I am committed to doing my part in ensuring the horrors of the Holocaust will not be forgotten. It’s hard to imagine, but in Europe—where it all happened and where we have physical evidence of the crime—some people deny the Holocaust or lie about it. It is wrong to do that, and I believe that we as Christians should fight for the truth.

Therefore I am incredibly grateful for The Friends of Israel’s Living Bridges program which is a unique opportunity for young Christians from Poland to minister to the Jewish people. This particular program is designed to break barriers and stereotypes between the two peoples. World War II greatly affected both Jewish and Polish people. This tragic history has a significant impact on Jewish-Polish relations today: Jewish people are afraid of Poland because they associate it with a huge death camp. On the other hand, Polish people after World War II were subjected to years of the Communist regime, which created many stereotypes about the Jewish people.

Many of those stereotypes are hard to break, especially among seniors. This is why the Living Bridges program is designed to reach the new generations of Jewish and Polish people.

The program is unique because we try to work in Israel and Poland to make a change. In Poland, we organize events where we unite Jewish and Polish youth in charity projects. For example, we clean Jewish cemeteries together. There are about 1,200 Jewish cemeteries in Poland. Only a few of them are cared for. It’s hard to express the impact when a Jewish person sees Polish youth cleaning the Jewish cemeteries. They are shocked and want to know why.

Of course, we learn together about the Jews’ difficult history in Poland. In times such as these when anti-Semitism is on the rise, it is essential to remember and honor those who perished in the Holocaust. Through participation in events like the March of the Living at Auschwitz, we express our solidarity with the Jewish people.

Another thing we do is teach each other about our national culture. It is incredible to see how many things Jewish and Polish people have in common. After all, Poles and Jews lived together for more than 1,000 years before the tragedy of the Shoah. We share similar foods and traditions. We use many words that were incorporated from Yiddish to Polish or from Polish to Hebrew.

The last part of the Living Bridges program is a trip for Polish youth to the Land of Israel where we learn about Jewish history, culture, and life. We travel all over Israel, meeting Jewish people and discovering that Israel is a beautiful and unique country. While in Israel we show our willingness to serve by helping local communities and individuals.

The fruit of this program is fantastic! The perspective of young people changes, they understand the importance of Israel in God’s plan. Their new love towards the Jewish people is visible in their involvement in their local church communities and changing the perspective of their fellow believers. Additionally, the program motivates people that never were interested in ministry to the Jewish people to participate in ministry trips to Eastern European countries.

The cost of the program for one person is $900 dollars. Nine hundred dollars is still a very high price for most Polish students, and many can’t afford such a trip. The Friends of Israel provides help to those who don’t have the funds to go.

In Isaiah 62:10 we read: “Go through, go through the gates, clear the way for the people; build up, build up the highway, remove the stones, lift up a standard over the peoples.”

Through a program like the Living Bridges, we try to remove very heavy stones that fell on the hearts of Jewish people during the Holocaust. I cannot lift the stones myself. No man can remove them. Only with God’s help, this is possible!

If you would like to help young adults in Poland through the Living Bridges program please visit our gift catalog page. 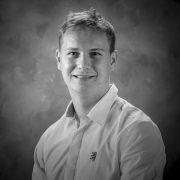