My wife, Maxine, and I agreed on almost everything.

There was one matter, however, that never came to a satisfactory conclusion. It centered on the conduct of our little poodle, Molly.

On laundry day, Molly would take up a post near the dryer door hoping that, when the door opened, an errant sock might fall to the floor. When a sock did take a tumble, she would race in, snatch it up, and dash for the living room to begin refashioning the footwear.

My response was to negotiate a hasty exchange. I gave her a treat; she gave me the sock. The process inevitably evoked Maxine’s immediate retort: “You don’t reward bad behavior!”

My wife, of course, was right. Rewarding or tolerating bad behavior only encourages more of the same—a lesson, it seems, the West has been unable to grasp in its attempts to impose peace in the Middle East.

The Swap That Never Works

The “land for peace” mantra seems to be rearing its head again. But when Israel is always the party giving up land in exchange for a promise of peace, the deal never works.

The “land for peace” mantra seems to be rearing its head again. But when Israel is always the party giving up land in exchange for a promise of peace, the deal never works.

→When the Israelis won control of the Temple Mount and Old City from the Jordanians in the 1967 Six-Day-War, they showed their goodwill by ceding oversight of the area to the Muslim Waqf. In return, Waqf control has engendered more than 50 years of militancy, hostility, and rioting and has banned Jews from worshiping at their most holy place.

→The 1993 Oslo Accords gave Bethlehem and its environs to the Palestinian Authority (PA), then controlled by terrorist Yasser Arafat. Before Arafat took over, the area was more than 85 percent Christian. By 2018, most of the Christians had fled, reducing the number to 20 percent. Threats, terrorist acts, and intimidation contributed to the exodus. Furthermore, from 2000 to 2005, Bethlehem became a launching pad for sniper fire, mortar attacks, and shootings into →Jerusalem’s Gilo neighborhood.

→In 2005 Israel forcibly removed 8,000 of its own citizens from 21 communities in the Gaza Strip and gave the land to the PA in hopes of peace. Hamas ousted the PA and began terrorizing Israel from Gaza by building massive weapon-transit tunnels, organizing riots to breach the border, and sending thousands of rockets and fire-bearing kites into the Jewish state.

Land for peace is not a feasible solution. The Palestinian objective is the annihilation of Israel. To repeat the tattered mantra that “Israel must be ready to make hard choices for peace”—meaning give up more land for nothing in return—ignores the sacrifices Israelis already have made almost daily.

Israel has sustained more than 60,000 military and civilian casualties (killed and wounded) since the 1948 War of Independence, according to current estimates. That is a huge number for such a tiny country.

To the Losers Go the Spoils?

In war, the victor receives the spoils. But the opposite seems the fashion in the Middle East—at least when Israel is the victor.

The Arabs have started major wars of aggression against Israel, trying to snuff out its existence; and Israel has paid heavily to defend itself. Arabs continue to employ the term occupied to refer to territories they have repeatedly squandered through their ill-advised military adventures.

It is irresponsible for the UN and other international bodies to bully Israel into retreating to indefensible borders that make Israel vulnerable to future wars of extinction. Nor will such borders bring peace. Rather, they risk the very real threat of fostering wider wars not restricted to the Middle East.

The first sane and sensible act in the quest for peace is to propose fixed, secure, defensible borders acceptable to Israel—which, incidentally, was achieved in some measure by Israel’s treaty with Egypt in the 1970s.

With secure borders in place, negotiations could begin in earnest between the Palestinians and Israelis—something Israel has wanted for years but the Palestinians have rejected. Itamar Marcus, founder and director of Palestinian Media Watch, expressed succinctly what should be obvious to all who seek a viable solution to the dilemma. Marcus insists, as did former Israeli Prime Minister Golda Meir, that the PA-nourished culture of hate must end. “Until that happens,” he said, “talk of land for peace is a recipe for more tragedy.” 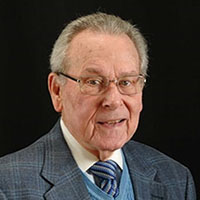 Elwood McQuaid is the former Executive Director of The Friends of Israel Gospel Ministry and former editor-in-chief of Israel My Glory magazine. He is an author of multiple books focusing on Israel, prophecy, and Biblical teaching.