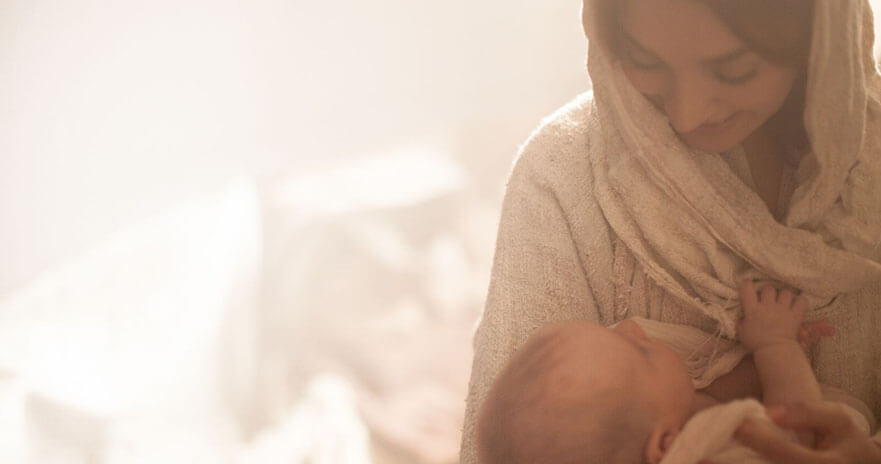 Let’s face it—Christmastime may be the most wonderful time of the year, but it’s also one of the most confusing times.

Who would want their true love to give them eight maids-a-milking or six breeds of fowl? And why do singers of “We Wish You a Merry Christmas” so rudely demand their figgy pudding? What is figgy pudding, anyway?

Then there’s the pop culture theology of the Christmas season. For example, while Frank Capra’s It’s a Wonderful Life is a Christmas classic (and my favorite movie), its angelology, epitomized in Zuzu Bailey’s immortal words, is decidedly not biblical—“Teacher says, every time a bell rings, an angel gets his wings.” And the meme floating around social media of Santa Claus bowing at the manger is downright cringeworthy.

It’s not just the secular world that muddles Christmas theology, though. Consider the popular song “Mary, Did You Know?” It’s a beautiful song filled with references to the life and ministry of Jesus, but the title’s question is one we can answer authoritatively from Scripture: Of course Mary knew.

What Did Mary Know?

In his book They Called Her Miriam, Dr. Victor Buksbazen points out that in the whole New Testament narrative, there are only 23 references, both direct and indirect, to Mary (or Miriam, as she would have been known in Israel). She is portrayed as a common, young Jewish woman betrothed to a common Jewish carpenter in Nazareth (Mt. 13:55; Lk. 1:27). What is extraordinary about Mary, however, is that she knew quite a bit about the Messiah, her baby, because she evidently was a young woman who knew the Scriptures.

Mary’s statement of praise (her “Magnificat”) following her initial meeting with her pregnant cousin Elizabeth demonstrates her familiarity with the Hebrew Bible. She references passages from Genesis, the Psalms, 1 Samuel, Isaiah, and Habakkuk.

Throughout the Scriptures, God made clear what the Messiah’s life and ministry would be like. And while not every detail was revealed to Mary, she knew that the little baby she would soon carry would be a miracle-worker, the Son of God, and her salvation.

Mary knew her Bible, a remarkable feat, considering individuals, especially poor individuals, did not have their own copies of the Scriptures, like we do today. The young woman would have heard the reading of the Scriptures at her local synagogue each week and hidden the words in her heart, which is how she knew about the Messiah to come.

Given Mary’s familiarity with the Hebrew Scriptures, she likely knew a great deal about the identity of the Messiah, particularly His miracles, His deity, and His offer of salvation.

He Would Perform Miracles

“Mary Did You Know?” asks if Mary knew her son would perform miracles. The answer is yes. She would have known Isaiah’s prophecy of the Messiah’s Kingdom, where “the eyes of the blind shall be opened,” “the ears of the deaf shall be unstopped,” “the lame shall leap like a deer, and the tongue of the dumb sing” (35:5-6).

In fact, years later, Jesus cited this verse as proof to John the Baptist that He was indeed the Messiah. “Go and tell John the things which you hear and see,” He said. “The blind see and the lame walk; the lepers are cleansed and the deaf hear; the dead are raised up and the poor have the gospel preached to them” (Mt. 11:5).

He Would Be God in the Flesh

Mary knew her Son would be more than merely a miracle-worker. Throughout Israel’s history, God performed miracles through His prophets (Ex. 14:21; 1 Ki. 17:17-24). Although it must have been a mysterious thing for her to contemplate, Mary knew that her Son was God Himself.

As a student of the Scriptures, Mary would have been familiar with Isaiah’s pronouncement that the Messiah would be “called Wonderful Counselor, Mighty God, Everlasting Father, Prince of Peace” (9:6). She would likely also have known that the promised King of Israel would be called “The LORD our Righteousness” (Jer. 23:6).

Not only would Mary have known about Jesus’ deity through the Hebrew Scriptures—a messenger from Heaven told her directly. When the angel Gabriel announced to Mary that she would be the mother of the Messiah, he told her that the child would be “called the Son of the Highest” (Lk. 1:32). The “Highest” or “Most High” is a common reference to God throughout the Hebrew Scriptures (cf. Gen. 14:18; Ps. 47:2, 91:1; Dan. 7:18), so the message to Mary was clear.

Yes, Mary knew her Son would be God in the flesh.

The expectation of Israel, Mary included, was that the Messiah would save them from their enemies. Indeed, the Hebrew Scriptures teach that the Son of David would “execute judgment and righteousness in the earth” and that “[i]n His days Judah will be saved, and Israel will dwell safely” (Jer. 23:5-6).

The salvation Jesus would offer, however, would go beyond the political. It would be personal, too. Mary knew this, because she had doubtlessly read Isaiah’s description of the Messiah, who would bear the grief and sorrows of the Jewish people, the one on whom the LORD would lay the sins of Israel (53:4, 6).

Additionally, after Mary’s time of purification, following giving birth, she and Joseph took Jesus to the temple to dedicate Him to the LORD. At the temple, they met an elderly man, Simeon, who God had promised “would not see death before he had seen the Lord’s Christ” (Lk. 2:26). Simeon held the baby and praised God for allowing him to see the Lord’s salvation. He described the baby as a light “to bring revelation to the Gentiles, and the glory of Israel,” and as the one who was “destined for the fall and rising of many in Israel” (vv. 30-34).

Yes, Mary knew her Son would save.

Mary Knew, and So Can We

Christmastime can be confusing, but it doesn’t need to be. Throughout the Scriptures, God made clear what the Messiah’s life and ministry would be like. And while not every detail was revealed to Mary, she knew that the little baby she would soon carry would be a miracle-worker, the Son of God, and her salvation.

As believers, we should join her in praising God for His revelation to man of Himself and the gift of the Messiah. “My soul magnifies the Lord, and my spirit has rejoiced in God my Savior” (Lk. 1:47). 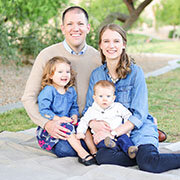