“And Joseph said to his brethren, ‘I am dying; but God will surely visit you, and bring you out of this land to the land of which He swore to Abraham, to Isaac, and to Jacob.’ Then Joseph took an oath from the children of Israel, saying, ‘God will surely visit you, and you shall carry up my bones from here.’ So Joseph died, being one hundred and ten years old; and they embalmed him, and he was put in a coffin in Egypt” (Genesis 50:24–26).

When Joseph said these final words, he imparted a tremendous responsibility to the Israelites. He was convinced that God would fulfill the promise to establish a home for Jacob’s descendants in the Land of Canaan. Their home was the Promised Land—not Egypt!

Joseph was simply following in his father’s footsteps. Jacob had entrusted Joseph with the sacred responsibility of burying him in the Promised Land as well. Joseph was a faithful steward and did exactly that. Now in his final days on Earth, Joseph required the same of Israel, essentially saying, “When it comes time to depart, don’t leave me buried here.”

“When it comes time to depart, don’t leave me buried here.”

Joseph died at 110 years of age. The best evidence suggests his death took place late in the 19th century BC—probably in 1805 BC.1

Do you realize just how many generations of Israelites had to pass this sacred responsibility on before it could be met? 1 Kings 6:1 tells us that the departure from Egypt took place 480 years before the foundation of the Temple was laid. History records that this foundation was established in 966 BC.2 This means the children of Israel would not leave Egypt until 1446 BC, hundreds of years after Joseph charged his brethren with the oath. Yet each generation was faithful to impart this obligation on to the next one.

So who ultimately buried the bones of Joseph in the Promised Land? Was it Moses and his generation? No. They never made it out of the wilderness, and Moses never got past Mount Nebo. How about Joshua and his generation? They weren’t the ones either. The conquest and wresting control of the Land took center stage. It was actually the generation after Joshua’s that ultimately fulfilled the oath and kept the promise.

Now it came to pass after these things that Joshua the son of Nun, the servant of the Lᴏʀᴅ, died, being one hundred and ten years old. And they buried him within the border of his inheritance at Timnath Serah, which is in the mountains of Ephraim, on the north side of Mount Gaash. Israel served the Lᴏʀᴅ all the days of Joshua, and all the days of the elders who outlived Joshua, who had known all the works of the Lᴏʀᴅ that He had done for Israel. The bones of Joseph, which the children of Israel had brought up out of Egypt, they buried at Shechem, in the plot of ground which Jacob had bought from the sons of Hamor the father of Shechem for one hundred pieces of silver, and which had become an inheritance of the children of Joseph.

The conquest under Joshua was only beginning in 1406 BC, 399 years after the oath was first made to Joseph. Several more years passed before Joseph’s bones were finally laid to rest in the Promised Land. Entrusted with this sacred duty, the Israelites followed through and met their responsibility.

We are to use our lives to reach a lost and dying world with the Good News of Jesus Christ.

Just like the Israelites of old, we are to prove ourselves faithful stewards (I Corinthians 4:1–2). We are to show ourselves worthy of being entrusted with such sacred things.

For us who love Israel according to God’s Word, this stewardship also means trusting and sharing God’s plan for the nation of Israel and the Jewish people. History is replete with examples of those who have tried to say God has no place for Israel or that their time in God’s economy of things has passed. But we know otherwise!

A great deal of Bible prophecy has yet to be fulfilled and can only be accomplished when Messiah, the Lord Jesus, returns to set up a literal, earthly Kingdom ruled by Him from Jerusalem. Such prophecy is necessary in response to the assurances given by God the Father to Abraham, Isaac, Jacob, Joseph, David, and the Lord Jesus Himself. The apostle Paul wrote in Romans 9:4, “who are Israelites, to whom pertain the adoption, the glory, the covenants, the giving of the law, the service of God, and the promises.” Nowhere does Scripture ever imply that such a list of privileges and guarantees to Israel has ever been annulled.

One final thought: Of all the mighty things Joseph accomplished on behalf of the Lord and for the children of Israel, what is considered his greatest act? The book of Hebrews implies it was Joseph’s handling of the affairs associated with his death that did more to glorify God than anything else: “By faith Joseph, when he was dying, made mention of the departure of the children of Israel, and gave instructions concerning his bones” (Hebrews 11:22).

For all the years Israel sojourned in Egypt, people could go to Joseph’s tomb and point to it as a reminder that one day God would visit the nation. Indeed, one day God did take Israel out of Egypt and brought them to the Promised Land.

Those of us who believe in the Lord Jesus don’t go to a tomb that has a set of bones in it, waiting for God to visit us. We point to an empty tomb that demonstrates remarkably that God has already visited us. Indeed, God has accomplished the work of salvation for those who put their trust in Jesus the Messiah! Joseph’s last words were instructions concerning his bones. Our Savior’s last words from the cross, “It is finished,” embody all that is the completed work of redemption. 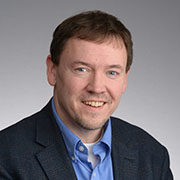 Robert is the president and CEO of Believers Stewardship Services, Inc. He is a member of The Friends of Israel’s Board of Trustees.