A defense of why God will never divorce Israel becomes imperative precisely because some claim that God divorced Old Testament Israel and married the New Testament church. Obviously, this view is a form of Replacement Theology. Regarding those who hold to this view, it is not unheard of for biblical passages like Jeremiah 3:8 and Ephesians 5:25–27 to be cherry-picked and synthesized to serve as proof-texts. However, not only is this view untrue, worse still is what it implies about God Himself. Ultimately, one would wonder if God can even be trusted.

So why should Christians reject the view that God divorced Israel? Because that view is inconsistent with God’s character. God hates divorce (Malachi 2:16). Furthermore, Paul says of God in Philippians 1:6, “And I am sure of this, that He who began a good work in you will bring it to completion at the Day of Jesus Christ” (ESV). Are we to believe that this same God would not complete the good work He began with His nation Israel?

God does not lie, break promises, or change.

All of those acts of God are on the basis of an irrevocable promise to Abraham. Yet Replacement Theology expects us to believe that the same God who will complete the good work He began in us suddenly decided to break an oath He alone made and swore by His own Name. Nonsense. God does not lie, break promises, or change (Numbers 23:19). In fact, it is God’s unchanging character, His immutability, that causes Him to assure Israel, “For I the Lᴏʀᴅ do not change; therefore you, O children of Jacob, are not consumed” (Malachi 3:6, ESV).

In His earthly ministry, our Lord often appealed to Moses and the prophets to establish the fact of His divinity and messiahship (e.g. Luke 24:27). So, why should we believe that God hasn’t divorced Israel? Because Moses and the prophets agree. Moses records God’s promise to Israel in the Law (Torah) that He would never break His covenant with them even in their divine punishment of worldwide dispersion! Leviticus 26:44 affirms that despite all of Israel’s punishments for disobedience God says, “[W]hen they are in the land of their enemies, I will not cast them away, nor shall I abhor them, to utterly destroy them and break My covenant with them; for I am the Lᴏʀᴅ their God.” That’s just one of several passages in the Law.

Did the prophets agree? Yes! The Lord says twice to Israel through Jeremiah, “Though I make a full end of all the nations where I have scattered you, yet I will not make a complete end of you” (Jeremiah 30:11; 46:28). Amos records the same, “‘Yet I will not utterly destroy the house of Jacob,’ says the Lᴏʀᴅ” (9:8). Amos adds, “‘I will plant them [Israel] in their land, and no longer shall they be pulled up from the land I have given them,’ says the Lᴏʀᴅ your God” (9:15). Isaiah says, “The Lᴏʀᴅ will have mercy on Jacob, and will still choose Israel, and settle them in their own land” (14:1). Zechariah foretells a day where “many peoples and strong nations shall come to seek the Lᴏʀᴅ of hosts in Jerusalem, and to pray before the Lᴏʀᴅ” (8:22, emphasis mine). He adds, “In those days ten men from every language of the nations shall grasp the sleeve of a Jewish man, saying, ‘Let us go with you, for we have heard that God is with you’” (8:23). Indeed, the prophets agree; we’ve barely scratched the surface.

The New Testament Affirms the Old

Does the New Testament contradict the Old on this point? Absolutely not! James, the half-brother of Jesus, understood from Amos 9 that after God had taken a people for Himself from among the Gentiles, “the tabernacle of David, which has fallen down” would be rebuilt (Acts 15:15–18). The prophecy James cites is all about Israel’s permanent restoration! Paul anticipated this question too when he wrote, “I ask, then, has God rejected His people? Absolutely not! For I too am an Israelite, a descendant of Abraham, from the tribe of Benjamin” (Romans 11:1). He goes so far as to say that even in their rejection of the Jewish Messiah, God has not abandoned Israel as he wrote: “In relation to the gospel they are enemies on your account, but in relation to God’s choice they are beloved on account of the fathers; for the gifts and the calling of God are irrevocable” (Romans 11:28–29, NASB).

Rejection of Jesus is rejection of God, which has been the heart issue for Israel and humanity all along.

Does this mean that an individual Israelite is reconciled to God without the Messiah? No. Rejection of Jesus is rejection of God, which has been the heart issue for Israel and humanity all along (Isaiah 43:11, 22; 53:3, 11). Paul is simply reiterating that the nation of Israel’s call by God is irrevocable. Finally, just prior to His ascension into heaven, the Lord Himself had the perfect opportunity to change course on Israel in Acts 1:6 when His disciples asked Him, “Lord, will you at this time restore the kingdom to Israel?” Far from denying the Kingdom to Israel, He simply wouldn’t tell them when it was coming. He said, “It is not for you to know times or seasons that the Father has fixed by his own authority” (Acts 1:7, ESV).

But what about the so-called proof-text of Jeremiah 3:8 mentioned above? We’ll examine this challenging question and others like it in Part 2 of this study next week. 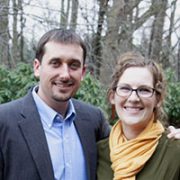 Cameron and his wife, Amber, are Church Ministry Representatives with The Friends of Israel Gospel Ministry in Atlanta, GA. If you would like to learn more or partner with Cameron’s ministry, you can contact him at cjoyner@foi.org or call our headquarters at 800-257-7843 and speak with someone in North American Ministries. You can also support their ministry online here.