“The COVID-19 vaccine is the mark of the Beast!”

Perhaps you’ve seen this claim while scrolling through your social media account. Other popular claims have also been linked to the infamous mark first mentioned in Revelation 13:16.

One such claim for the realization of the mark is microchip technology in the hand, which would make for a cashless society. The chip has the potential to store more than just the balance of your bank account and replace the need for a credit card; it can safeguard your healthcare data. As recently as January, evangelist Ray Comfort posted a video linking the microchip technology, the potential for a cashless society, and the vaccine mandates as evidence that the Lord’s return is drawing near.

Scripture is clear about what the mark is; and we, students of Scripture, must be as well.

I’m comfortable (no pun intended) with the idea of acknowledging the technology is now available to fulfill Revelation 13, down to the detail, in the unspecified future. I’m comfortable with the notion that both technology and current world events may be signs that the Lord’s return is right around the corner. But I find the claim that the mark is already here alarming, despite both the tech and the mandates being realities that we’re faced with today. Scripture is clear about what the mark is; and we, students of Scripture, must be as well. I’m also concerned, not just by the actual claims, but by the growing number of Christians who fall for them today. At the same time, I understand how easy it is to be worried when a mass of like-minded people begin to think a certain way. Again, my encouragement is to dig into the Word of God for counsel.

I shouldn’t be surprised about the new claim on the mark though, given the history of controversy surrounding it. In the past, men were thought to be the Antichrist for a wide range of reasons. Mikhail Gorbachev was thought to be the Antichrist simply because he bore a birthmark on his forehead that people assumed was the mark. Additionally, a diverse list of men have had their names twisted to be connected to the number of the Beast (666)—men like Ronald Regan, John F. Kennedy, Adolf Hitler, Napoleon, and a long list of popes.

In the 21st century, Presidents Obama and Trump both were accused of being the Antichrist by a variety of political opponents. Obama’s connection to the number 666 was made simply because the lottery numbers in his home state of Illinois were 666 the day after he was elected. To put it bluntly, any male world leader can be singled out as the man of sin if someone gets creative enough with the rules for calculating the number. This is why a literal, grammatical, historical approach to reading Scripture is invaluable, even with a prophecy as enigmatic as this one.

The Literal, Grammatical, Historical Approach to the Mark

The mark, or charagma in Greek, literally involves an imprinting or stamping of the hand in the context of Revelation 13. Acts 17:29 records an extended usage of the word when Paul, in keeping with his Jewish faith, tells the Athenians that God is not “graven [charagmati] by art and man’s device” (KJV). So the mark can even carry the ideas of engraving, branding, or tattooing the hand or forehead. We also have to consider the historical context from which Revelation was written. The apostle John wrote this during the reign of Domitian around AD 94–96. Throughout the Roman Empire, official seals (again, charagma) were used in official business. By this time there was historical precedent for the prevention of trade to imperial dissidents, especially with Nero 30 years earlier. I do not believe it is a coincidence, either, that Nero’s name and title, when calculated with Hebrew gematria, amounts to 666.

The point to be made is not that preterism is true and that Nero is who John had in mind when he wrote Revelation 13. Rather, the point is that John, being led by the Spirit, is likely saying that this still-future ruler will be a type of Nero Caesar in word and deed when the ultimate fulfillment of this prophecy about the Beast comes to pass.

The Mark Is a Matter of Worship—Not Convenience

To be clear, taking an implant for the sake of convenience is not the same thing as taking the future mark. While I don’t personally recommend it, it is at this point irrelevant spiritually. It is clear in the text that the mark is a matter of worship, as it says “all the world marveled and followed the beast. So they worshiped the dragon [Satan] who gave authority to the beast; and they worshiped the beast (Revelation 13:3–4, emphasis mine). Conversely, since the mark is a pledge of allegiance to the Beast and what he represents, it is a clear and conscious rejection of the God of Israel (16:2, 9, 11, 21) and His divine Messiah (17:6, 14).

No amount of technology or unjust mandates will qualify unless the Beast appears and harnesses the power that is now available to exalt himself.

Further indication that a vaccine or mere tech implant cannot be part of the mark presently is that the object of this idolatrous worship has not been revealed yet. No amount of technology or unjust mandates will qualify unless the Beast appears and harnesses the power that is now available to exalt himself.

When Can the Beast Be Identified?

All of the above raises more questions. Can the information given be used to identify this man of sin? Will the church be around to see this take place? First, the number 666 is connected with the mark (13:17–18), and it can be used to discern the identity of the coming false messiah, called Antichrist. However, as Arnold Fruchtenbaum explains, “Since a number of different calculations can equal 666, it is impossible to figure the name out in advance.”1 Furthermore, the Bible clearly states that the faithful church will not be present on the earth during the time of this prophecy’s ultimate fulfillment and relevance (3:10), although the Scripture will be helpful to new believers during the time of its fulfillment.

The mark is not enforced until after the beginning of the period in future history known as the Great Tribulation.

But the mark is not enforced until after the beginning of the period in future history known as the Great Tribulation. That period, also known as Daniel’s 70th week (Daniel 9), does not begin until the False Messiah (the Antichrist) makes a covenant with Israel. All of these aforementioned events—the global worship of a world leader, the enforcement of a mark in his name, and a covenant between Israel and this figure—have yet to take place.

Although the Tribulation has not begun, I believe without a doubt we are living in the last days. Scripture says the same thing. Actually, the last 2,000 years make up the period that can be biblically understood as the last days (Acts 2:17). I know Christians that are disappointed by this view of the term last days, as they are eager for the Lord’s return. Admittedly, it’s sometimes difficult not to let pessimism consume us. Logically, this understanding of the last days means human history might have to experience another thousand years of last days before our Lord is revealed to the world. Indeed, with the slowness of the Lord’s return in mind, the apostle Peter reiterated the Tanakh/Old Testament truth that “with the Lord one day is as a thousand years, and a thousand years as one day” (2 Peter 3:8; cf. Psalm 90:4). Such a long time was necessary for Peter’s prediction to come true. That is, that scoffers would come, walking in lust, casting doubt on the Lord’s coming (2 Peter 3:3).

Ultimately, I’m not alarmed or discouraged by the idea of the last days being lengthy, as I am content with God’s timing and plan being perfect. Furthermore, the state of this world seems to indicate that everything is falling into place according to Bible prophecy; and we are always getting closer by the day. In the meantime, my main concern is that we as believers do not misunderstand the prophetic Scriptures and begin to fear, causing others to fear as well. There would be no fear amongst the faithful over claims about the mark if we were to study and know what God has in store for His saints.

Endnote
1 Dr. Arnold G. Fruchtenbaum, The Footsteps of the Messiah: A Study of the Sequence of Prophetic Events (Tustin, CA: Ariel Press, 1982), 251. 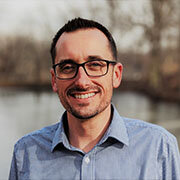