“We’re in the last days!” he said. “I can see parts of Revelation playing out all around us!”

My friend was so worked up I could barely get a word in edgewise. The state of the world around us sometimes seems so bad that I can understand why he was seeing plagues, dragons, and judgments all around him. Maybe you’ve had conversations like this.

We do live in dark days, don’t we? We are surrounded by the repeated heartbreaking deaths of innocent men, women, and children; the seeming lack of safety and justice; the ravages of the pandemic; and more. It can be easy to project these terrible events we’re experiencing onto the book of Revelation, as if we’re in the end-times right now.

While I shared my friend’s desire for Jesus to hurry up and come back to fix all that’s wrong with the world, I had to slow him down and remind him of the truth: All of the judgments, tribulation, and wrath described in Revelation are still in the future. They are not happening now, nor did they happen in the past. From Revelation 4 through the end of the book, the apostle John prophesies the future history of the world as God ties all of His yet unfulfilled promises and prophecies together, culminating in Jesus’ return to set up His Millennial Kingdom and the final eternal state forever.

The point is, it’s all in the future. That’s clearly how Revelation was meant to be interpreted, as a prophecy of future events at the end of history. We have no reason to fear that these things are unfolding around us now, or that we’ve missed them somehow. When God breaks into history, it will be unmistakable.

When God breaks into history, it will be unmistakable.

But my friend is not alone in his confusion. I’ve had this same conversation with lots of people—students, parishioners, even scholars. Are we to read Revelation, and prophecy in general, as a description of future events, current events, or past events?

People see and interpret prophecy through different lenses. Not knowing which lens you’re using will certainly make for more confusion than is necessary. Let’s review the five major lenses for how to interpret Bible prophecy.

Preterist interpretation is a non-literal method of reading prophecy that sees all prophecy in the Bible being fulfilled already from our point of view today. It teaches that all the symbols and depictions in Revelation specifically are referring to events that happened in the 1st century; none of it is in our future. Preterists argue that the Antichrist was the Roman Emperor Nero and the destruction of Jerusalem by Rome in AD 70 was the Tribulation and Second Coming of Jesus in judgment on the Jewish people. All the prophecies of the new heaven and earth are fulfilled in the church, and from the perspective of Christians today there is no prophecy yet unfulfilled. This interpretive method is at the root of teachings like Amillennialism, Postmillennialism, and Replacement Theology (Supersessionism).

Historicist (or continuist) interpretation is another non-literal approach that views Revelation as symbolically describing all of church history between Pentecost and the Second Coming of Christ. There is little agreement on what each chapter of Revelation is referencing in past historical events because, as more history unfolds, each generation of historicists reevaluates what they think Revelation symbolizes. The historicist perspective puts us today into the events of Revelation, but there is no clear chronology or understanding of our place in it.

An idealist interpretation sees Revelation and prophecy in general as having no real correlation to anything in history. Idealists believe the book is fiction, written to give a symbolic picture of the timeless clash between good and evil. For the idealist, any attempt to determine events past or future from Revelation is pointless. He believes it’s only supposed to give us encouragement that God will win the day.

Eclectic interpretation blends two other interpretive methods: Futurism and a type of “partial” Preterism. First championed by George Eldon Ladd, this interpretation sees almost all of Revelation and prophecy as having been fulfilled in the past, but chapters 20—22 symbolically describe the Second Coming of Jesus. While most theologians who hold to this do not believe in a literal 1,000-year reign of Christ, or any literal interpretation of anything in those chapters, they concede that Jesus is coming back in the future. It’s an arbitrary method of interpretation that violates its own internal logic by employing mutually exclusive interpretive methods whenever it suits the interpreter.

Futurism is the belief that the prophecies of the end of history, including Revelation 4—22; Ezekiel 36—48; Daniel 2, 9, and 12; and others, are all primarily still in our future. This is the only interpretive method of the five that even attempts a consistently literal, historical grammatical interpretation of the prophecies. While there are many exegetical reasons to interpret Revelation in this way, one of the best (and least addressed by other positions) is the outline of the book given to John by Jesus Himself when He told him in 1:19 to write down the things that he’d seen (past: his vision of Jesus in chapter 1), the things that are (present: Jesus’ letters to the churches in chapters 2 and 3), and the things that will take place after this (future: his prophecies in chapters 4—22).

Additionally, while almost all scholarship dates John’s writing of Revelation in the 90s AD, in order for preterists to believe that John’s prophecy was a symbol of the destruction of Jerusalem by Rome, they attempt to date it to before AD 70 when Jerusalem fell, which is impossibly early by almost all accounts. John wrote about his and our future, not his past history—or he couldn’t call it a prophecy!

Which Lens Are You Using?

Are we supposed to be looking forward to when Jesus comes back?

Is the Kingdom really going to be the world’s first perfect, just government ruled by Jesus from David’s throne?

Should we be afraid that God is pouring out His wrath against the nations right now all around us?

Did we somehow miss the apocalypse?

Prophecy is meant to give us hope for the future and inspire our walk with Jesus.

Prophecy is meant to give us hope for the future and inspire our walk with Jesus (1 Peter 1). It’s not meant to make us afraid, confused, or disappointed. Jesus is still coming back (Revelation 19; Zechariah 14). And He will set all things right in our world (Revelation 20; Amos 9). We will not experience the wrath of God poured out on the world (1 Thessalonians 5:9; Revelation 6:16). And we have not somehow missed the day of our resurrection (2 Timothy 2:18; Matthew 24:29–31). God will keep all His promises to us and to the people of Israel (Romans 11:29; Revelation 22:6). Futurism is not wishful thinking, and it isn’t simple-minded. It’s simply the way the Bible expects us to understand prophecy.

Knowing the lens through which you’re reading Bible prophecy does change your experience of it. And an incorrect way of interpreting prophecy and Scripture will lead to frustration, worry or a warped picture of who God is. I encourage you to take His words about the future seriously and wrap yourself in the hope to be found there.

Don’t be afraid, friend. The world is not in the events of Revelation yet, and we haven’t missed them already either; they are still to come.

But the future that is coming for us, Christian, is the day of God’s perfect perpetual light, God forever with us (Revelation 22:3–5). We have every reason to hope in Him.

Even so, come quickly, Jesus! 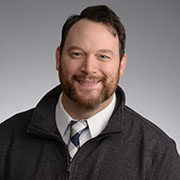 Dan is the Assistant Director of International Ministries for The Friends of Israel Gospel Ministry. 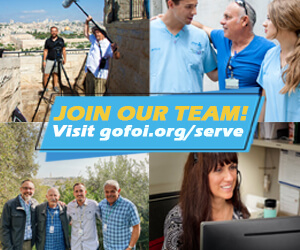