According to a 2022 Gallup poll, “A record-low 20% of Americans now say the Bible is the literal word of God.” This number is down from 24 percent when the question was asked in 2017. Equally alarming, a record-high 29 percent of Americans believe “the Bible is a collection of ‘fables, legends, history and moral precepts recorded by man.’”

How should this cultural trend influence our interactions with others as we answer the call to proclaim the gospel to everyone (Mark 16:15)?

While some people directly attack the reliability of God’s Word, questions about why we as Christians trust the Bible aren’t always meant to trip us up or put us on the defensive. I am thinking of that person in our lives with the “good soil” of an unhardened heart made ready by the plow (Matthew 13:3–8). Likewise, there was a time in my own life before the Spirit opened my eyes to the truth of God’s Son, the Messiah, and the reliability of His Word. While I might be tempted to argue with someone, I must remember that no matter how convincing or logical I believe my argument is, some things are only understood by faith (Hebrews 11:3).

Telling others why we believe what the Bible says about Jesus and how our lives were changed when we trusted Him as our Messiah may be the living testimony the Lord uses to draw others to Himself.

While there are many questions we as Christians might be asked to address about the reliability of Scripture, I believe we should, at a minimum, be able to articulate the foundational reasons most significant to us personally (1 Peter 3:15). One strong reason is the trustworthiness of God’s Word, for it is the testimony of what we believe when we come to faith in Jesus. Telling others why we believe what the Bible says about Jesus and how our lives were changed when we trusted Him as our Messiah may be the living testimony the Lord uses to draw others to Himself (2 Corinthians 1:12; 1 Peter 2:12).

When I consider my own story of faith and its connection to the reliability of God’s Word, my mind is drawn to the New Testament eyewitness testimony of how Jesus marvelously fulfilled well over 300 prophecies in the Old Testament. Modern skeptics might question the credibility of the New Testament authors, but ancient historical writings placed a high value on eyewitness testimony. Richard Bauckham stated that “ancient historians…were convinced that true history could be written only while events were still within living memory.”1

By an ancient historian’s standard, the New Testament would have been delegated to the realm of fiction from the start if the writings were based on anonymous or vague information. Bauckham continued: “[Ancient historians] valued as their sources the oral reports of direct experience of the events by involved participants in them.” The ancient world would have understood the style and priority of eyewitness testimony in the Gospels as a record of factual history, not a collection of embellished stories.

New Testament internal evidence indicates the priority of eyewitness proof. The apostle Peter identified his intent and that of the other writers: “For we did not follow cunningly devised fables when we made known to you the power and coming of our Lord Jesus Christ, but were eyewitnesses of His majesty” (2 Peter 1:16). The apostles and those connected to them penned a written record of what they experienced as eyewitnesses. The Gospels were never meant to be considered a collection of stories based on a changing oral tradition.

The New Testament is not a fable or legend; it is history.

John echoed Peter’s determination to identify the purpose of their writing: “These are written that you may believe that Jesus is the Christ, the Son of God, and that believing you may have life in His name” (John 20:31). In another passage, John stated: “We proclaim to you what we have seen and heard, so that you also may have fellowship with us” (1 John 1:3, NIV). The New Testament is not a fable or legend; it is history. The authors passionately proclaimed that they were eyewitnesses to the risen Christ and the literal fulfillment of long-anticipated ancient promises to the Jewish people.

In the 2nd century, Christian writer Papias gave insight into the importance of eyewitness testimony. Doubters neglect to distinguish between oral history and oral tradition. There did exist an oral tradition that “certainly was” a “collective tradition in the early Christian communities.”2 However, this ran parallel to recording actual events and did not eliminate “the role of particular individuals” that reported oral history.

Papias was supremely interested in learning from eyewitness accounts before their oral history passed off the scene. Bauckham argued that “what mattered to Papias, as a collector and would-be recorder of Gospel traditions, was that there were eyewitnesses.” Jerome noted that Papias found that the voices of the eyewitnesses were more profitable to him than “the written records of their testimony.” Irenaeus, another early church father, pointed out that Polycarp, a disciple of the apostle John and a contemporary of Papias, stated that John and other eyewitnesses related the Gospel events from memory to him. The early church fathers trusted oral history directly connected to eyewitness testimony and not anonymous traditions as some might claim.

When I have the opportunity to share the story of how the Lord saved me, it gives me great comfort to know the significance and reliability of eyewitness accounts in the New Testament, as evidenced in the words of the apostles, their disciples, and the early church fathers. Eyewitness testimony was a primary resource for oral history and is distinct from the oral tradition which formed over time. This is an important distinction to make when speaking with those wondering about the reliability of Scripture. Ancient historians placed a high priority on eyewitness accounts and preferred them as a source because they desired to capture the insights of those that experienced an event before their testimony was no longer available. The transmission of the Gospels, as described by the early church fathers, demonstrates that the written record contains eyewitness accounts from those closest to Jesus. The internal evidence of the apostles’ intent and insights from the early church fathers confirm that the New Testament is an accurate oral history based on eyewitness testimony. We are on solid ground when we proclaim that the Bible is trustworthy. 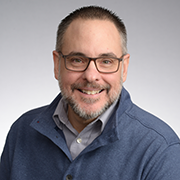 Steve is the Executive Vice President, Chief Operating Officer and Director of Media Ministries for The Friends of Israel Gospel Ministry.