"At that time, Jesus came from Nazareth in Galilee and was baptized by John in the Jordan. Just as Jesus was coming up out of the water, He saw heaven being torn open and the Spirit descending on Him like a dove. And a voice came from heaven: ‘You are my Son, whom I love; with You I am well pleased.’" Mark 1: 9-11

It was a bright, sunny morning as we left Ramot on the Galilee. Roger led us in prayer at the baptismal site just south of the Sea of Galilee, where there were many people from many nations, baptizing and worshipping in their own tongue. Fish jumped in the cool water, the birds chirped, and seven people from our group were baptized in the Jordan River. It was a joyous occasion, and we sang many songs and hymns on the bus afterward.

We have said goodbye to the Judean hills in the North we are headed for the South. We made a stop at the Qumran caves https://www.bibleplaces.com/qumrancaves/ for a tour and lunch. We learned a bit about the contents of the more than 900 scrolls and 1000 fragments that were found in 11 caves in the mountain. It is believed that John the Baptist spent a couple years with the Essenes- a devout Jewish community. Members of our group who had been to Qumran previously told me they were amazed at the excavations that had been uncovered since their previous trip.  The Dead Sea Scrolls, found at Qumran, serve as the oldest surviving bible scrolls in existence, and predate other known scrolls by at least 1000 years. Although there were no Christian texts found in the caves, what the scrolls do provide is confirmation to the accuracy of our biblical texts today. Later this week, we will get to see some of the scrolls in Jerusalem.

Following lunch, we boarded the bus for Masada https://www.bibleplaces.com/masada/. We zipped up the cable car ride and were able to get a spectacular view of the Dead Sea, the Roman siege sites, and the summer palace of Herod the Great. I am always amazed at the intricate mosaic tiling. It was hot with little shade here in this region. The Dead Sea float or swim in the pools at the resort was a very welcome relief.

Now, the Dead Sea https://www.bibleplaces.com/deadsea/ is about as dead as it gets. Imagine the world's largest, saltiest puddle. It's so sandy, the sand at the bottom isn't sand, it's salt. There is no seaweed. No fish. No tide. No recreational boating. No life except for microscopic red algae, discovered many years ago, and the visitors on holiday.

As I look at the deadness of this sea, I marvel at the miracle that will come, foretold by the prophet Ezekiel in chapter 47. The Dead Sea will be made so fresh and alive by the Lord that it will be filled with fish and creatures of all sorts, so plentiful that men will fish, and it will be as the Mediterranean Sea. Scripture describes it as healing water, a water that is capable of healing this absolutely dead body of water. Not only that, but this water will flow from the eastern threshold of the Temple in Jerusalem, through the Mount of Olives that will have been cracked in half, and down to the Dead Sea. I especially marvel at God's thoughtfulness, that His plan includes leaving the marshes salty to supply salts and minerals to His kingdom.

God is so good! Especially in His provision in the kingdom to come! What a glorious day it was today, especially for our newly baptized brothers and sisters in Christ Jesus. Amen

Yes, falafel was an option for lunch, among many other things. I think some of the folks will be happy to have a bacon cheeseburger when they return home! I am simply hoping for shakshuka in Jerusalem.

I did promise that I would get some thoughts from our first-timers. I don't have much to report. The response I get when I ask what they think so far: "It's great!" They are a consistent bunch! If I remember my first time in Israel, I spent it in awe. I think our group is really soaking it in.

Tomorrow - Up To Jerusalem! Then our group will really be in awe! Our tour guide, Miriam, is fantastic. We are so lucky and thankful to have her. 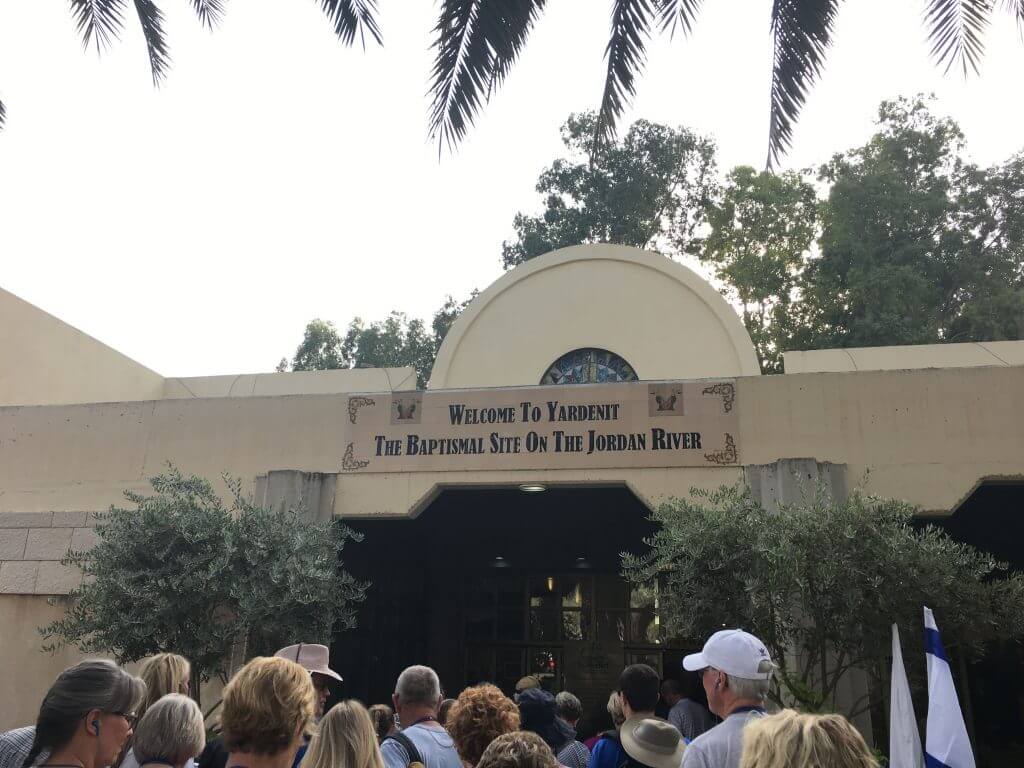 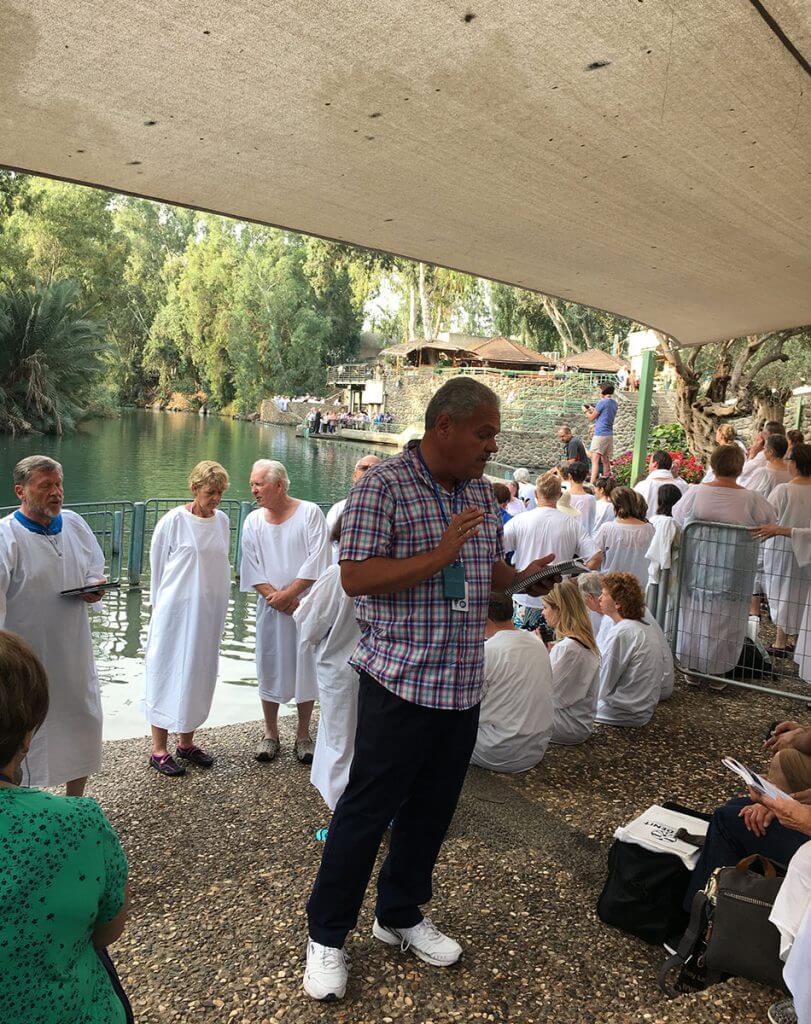 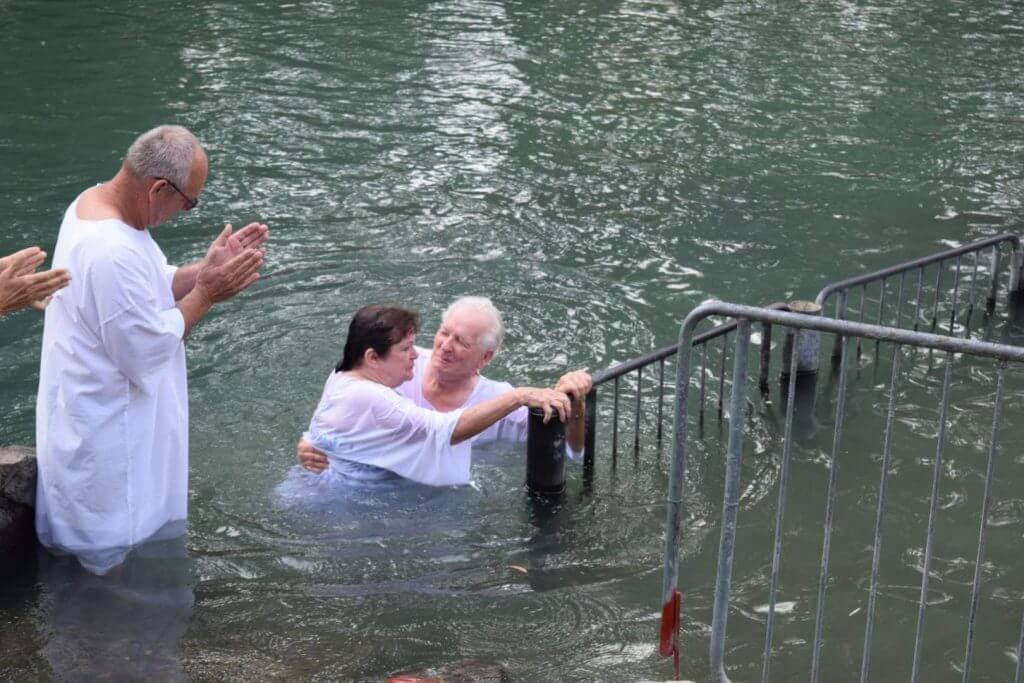 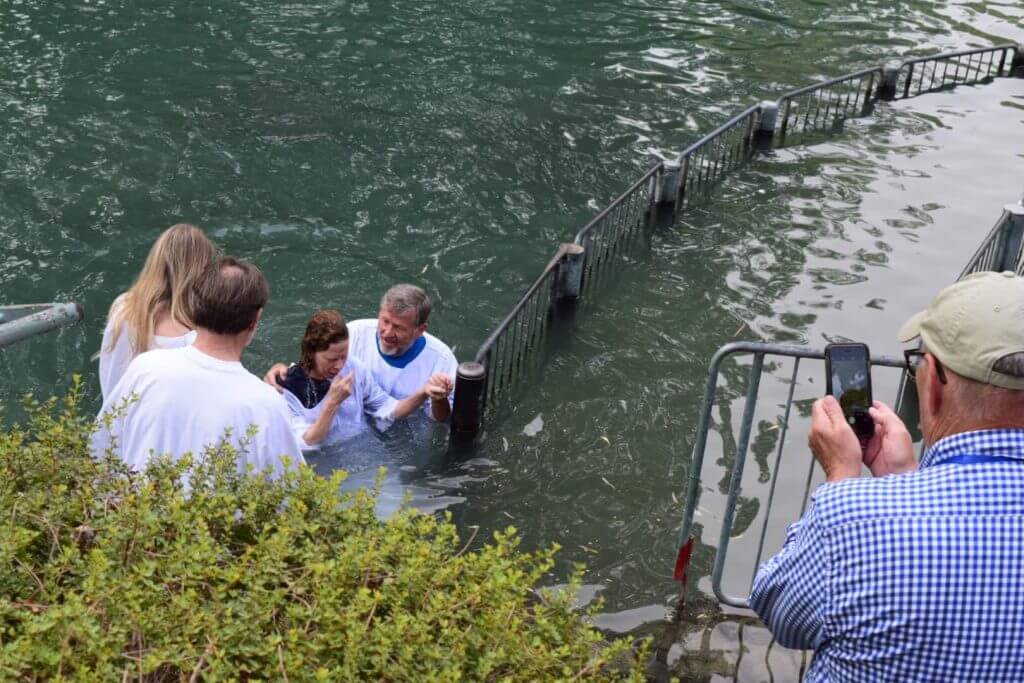 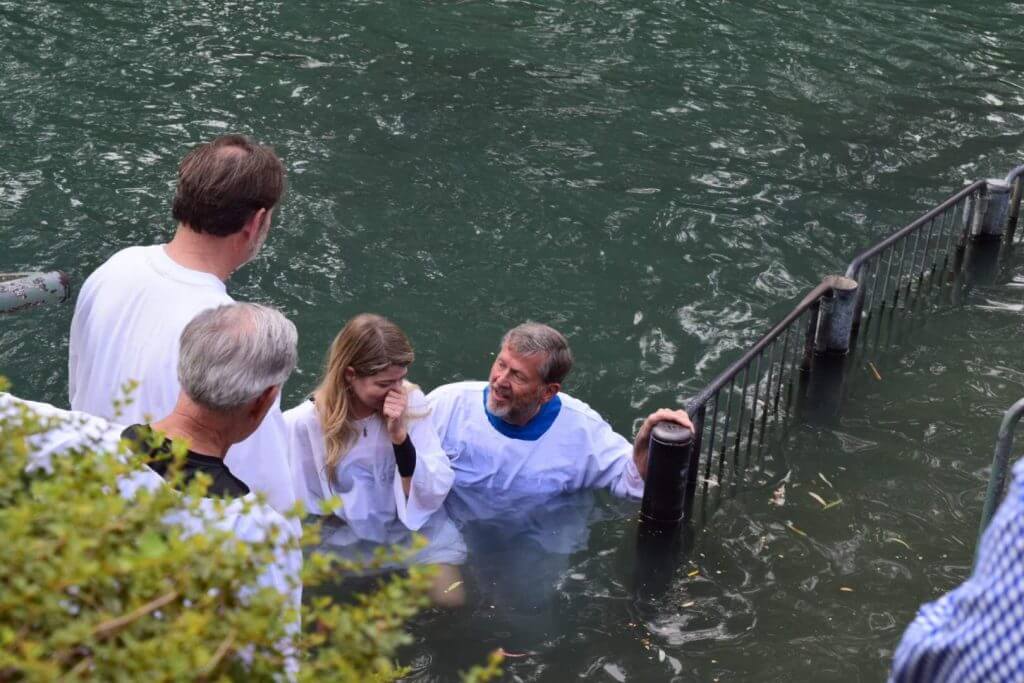 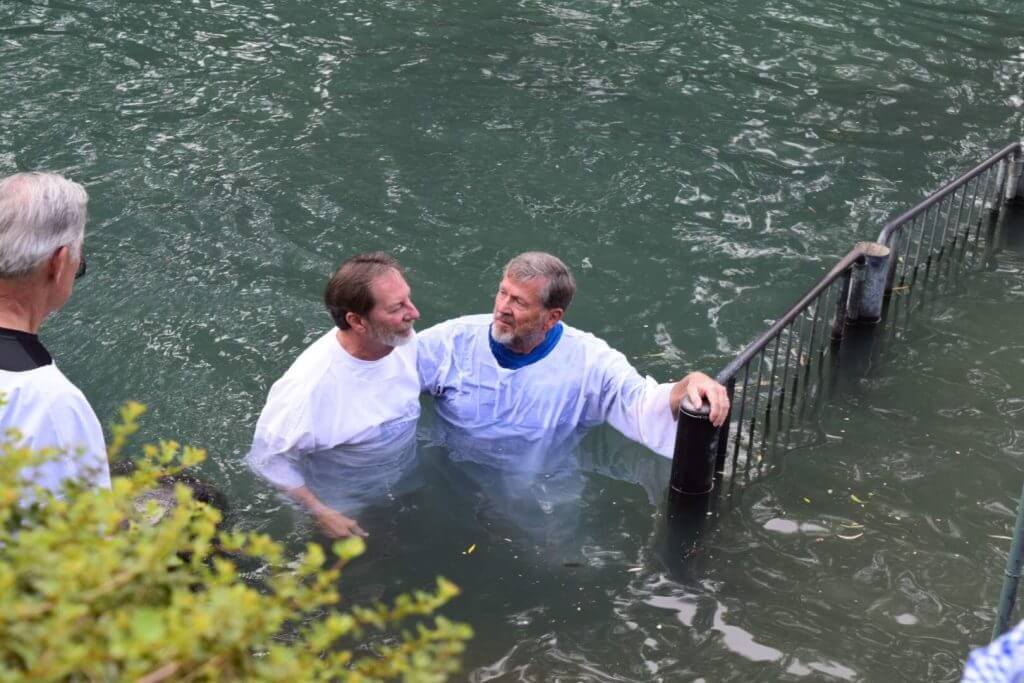 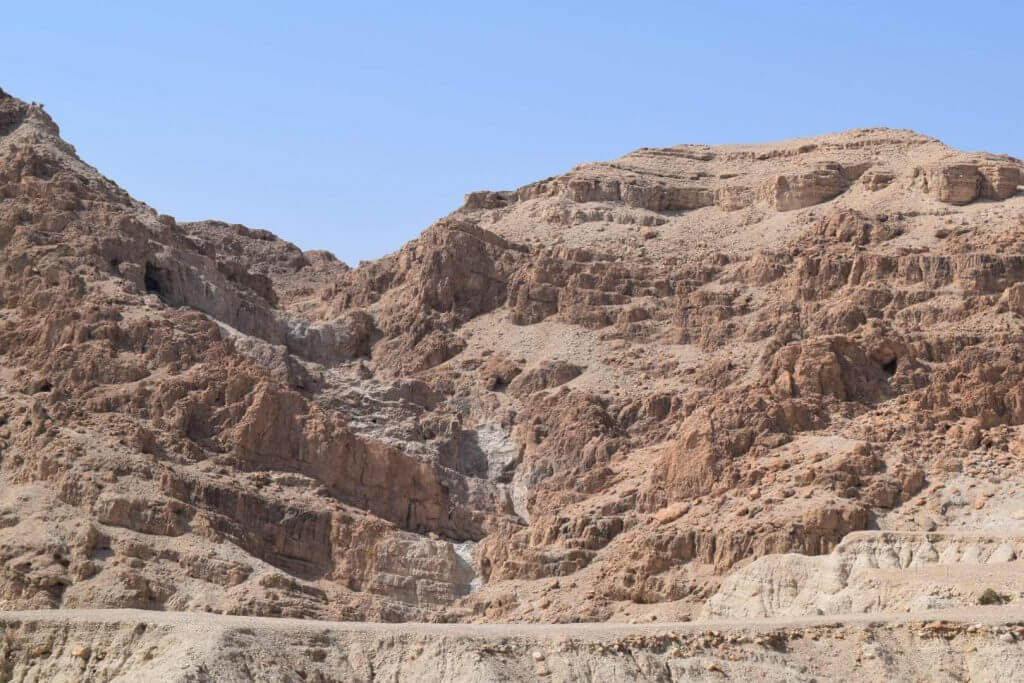 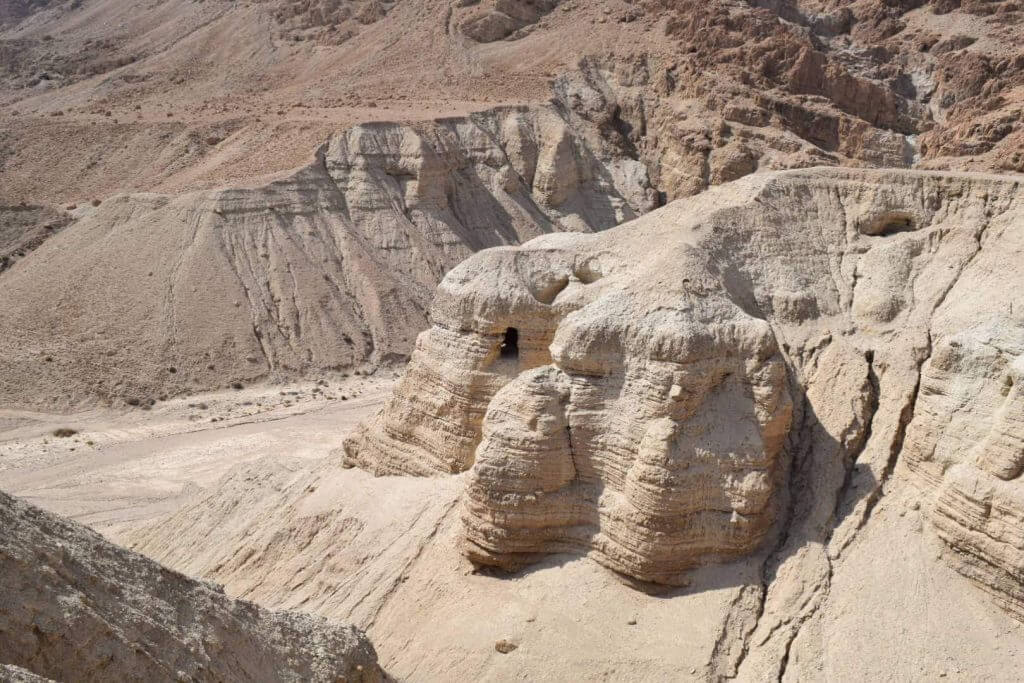 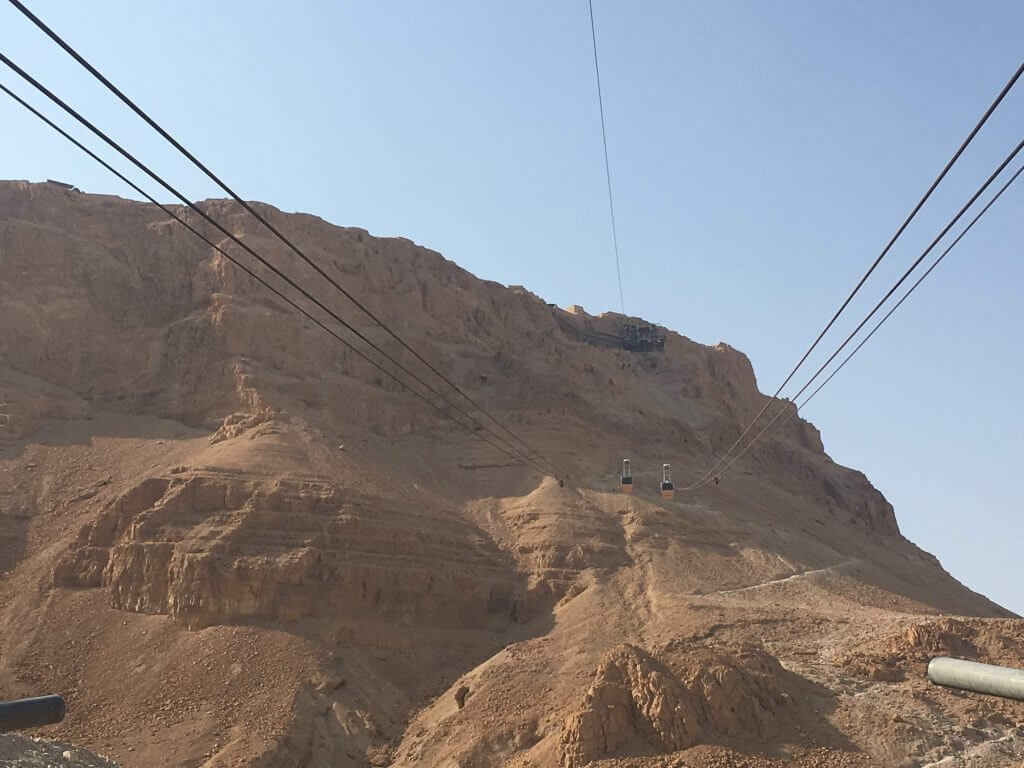 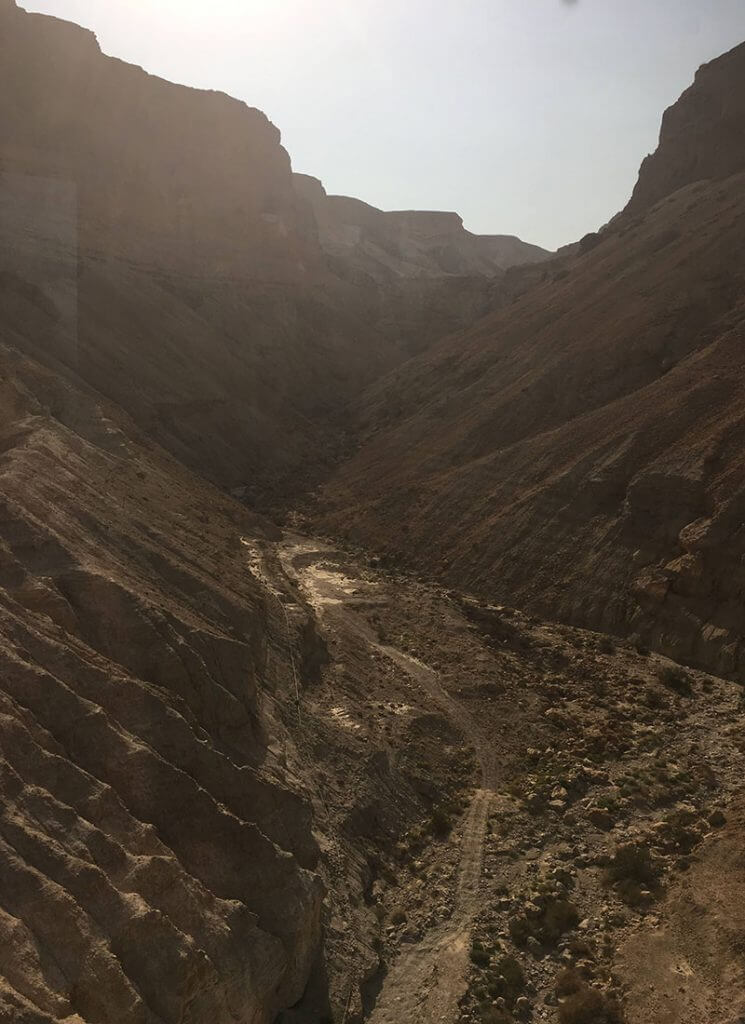 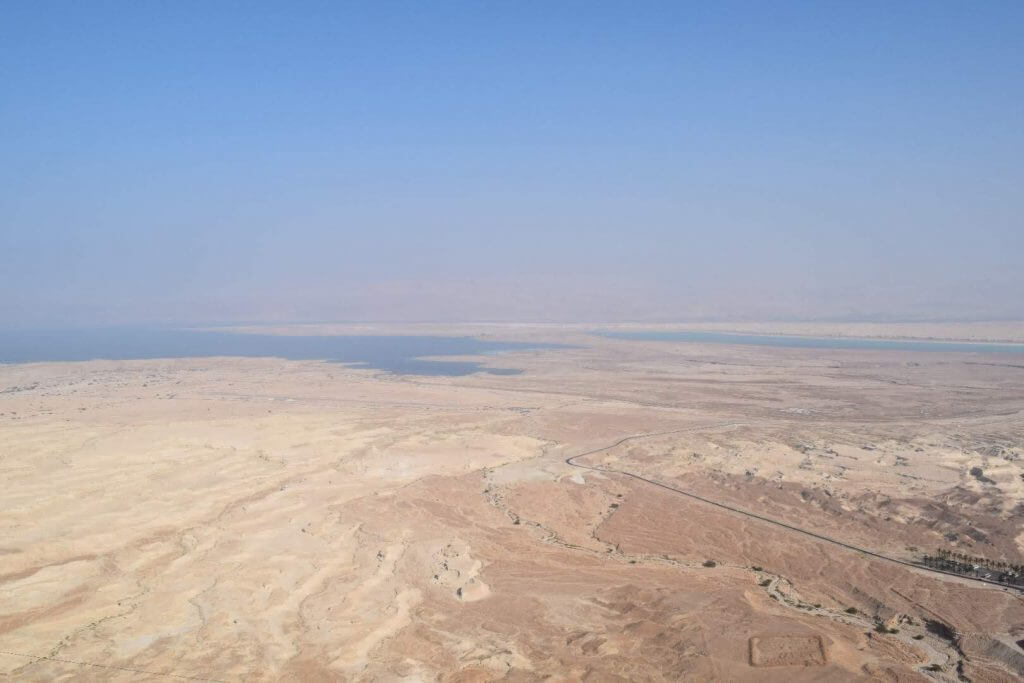 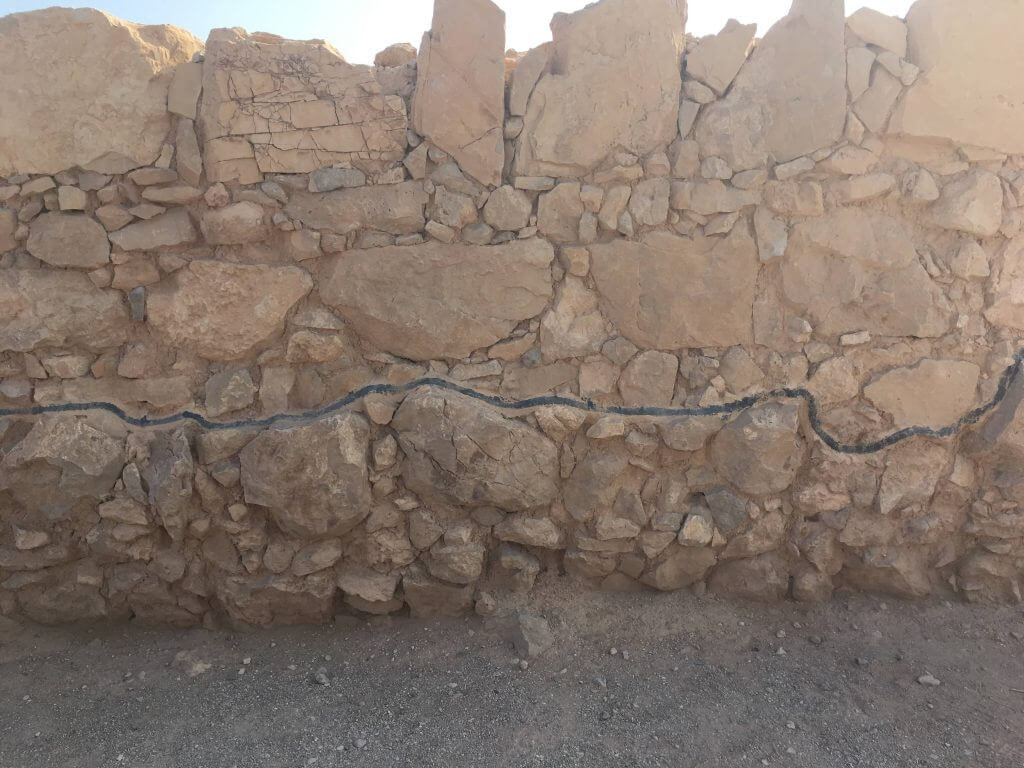 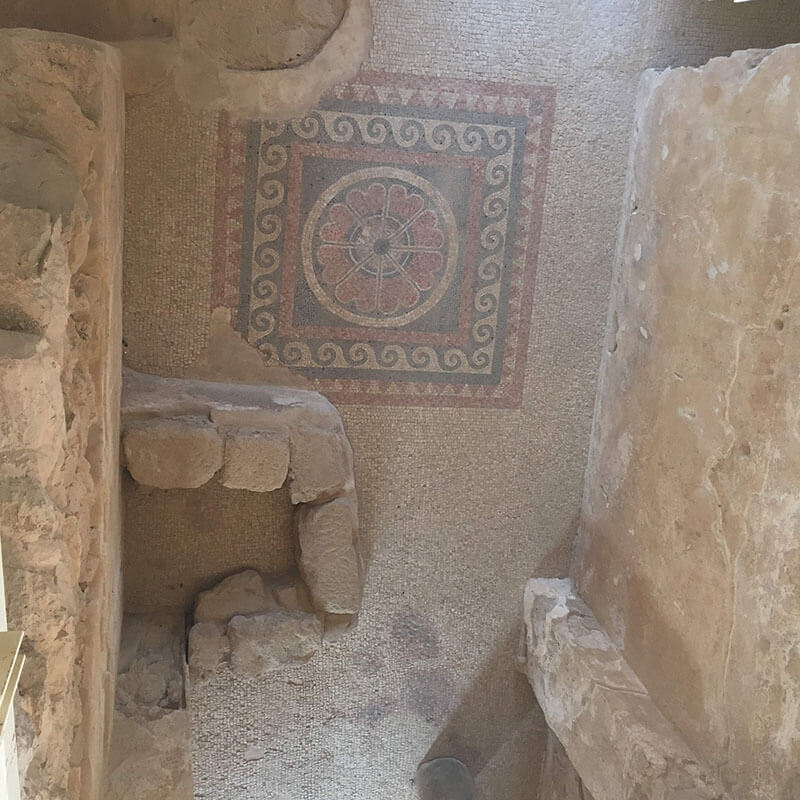 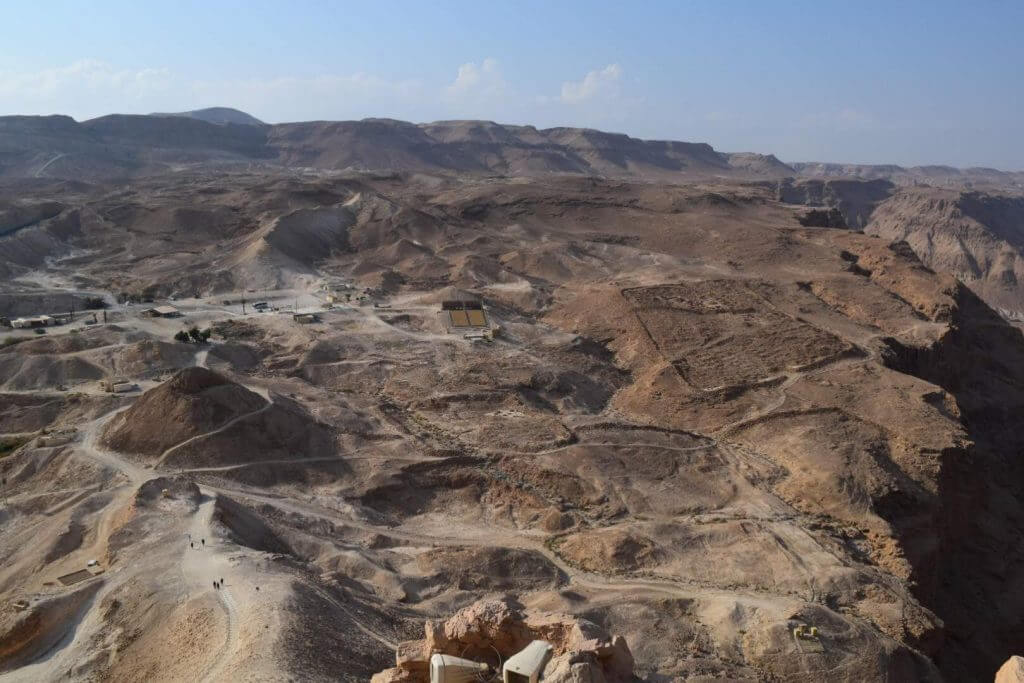 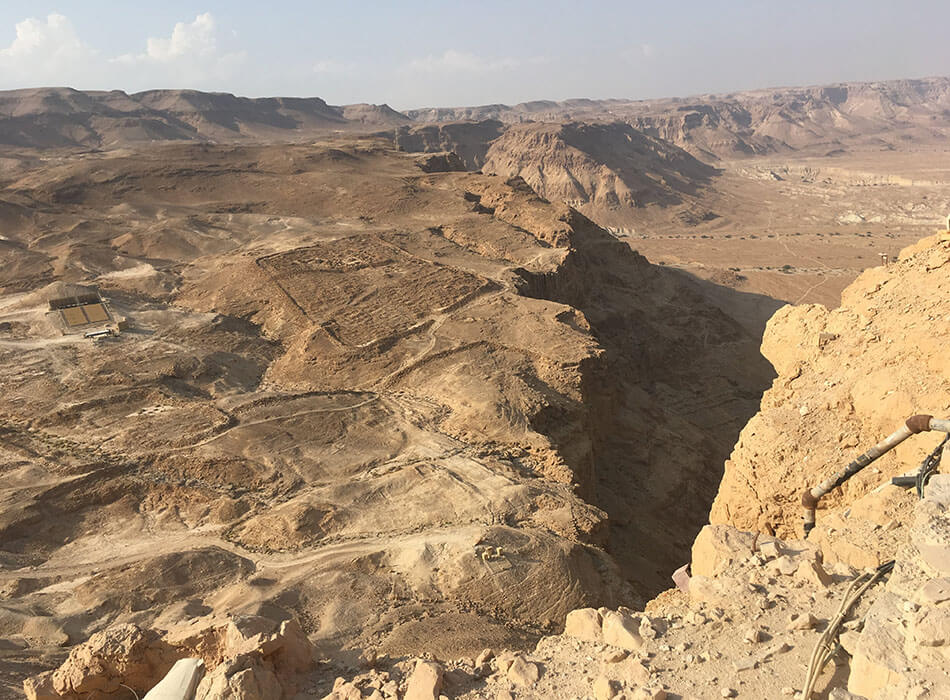 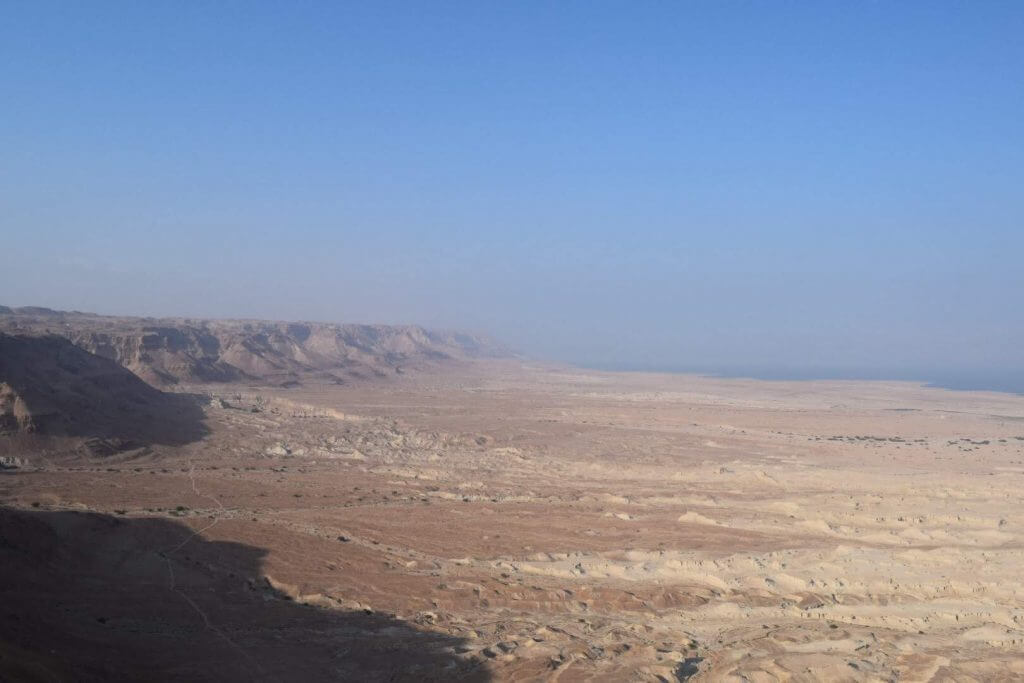 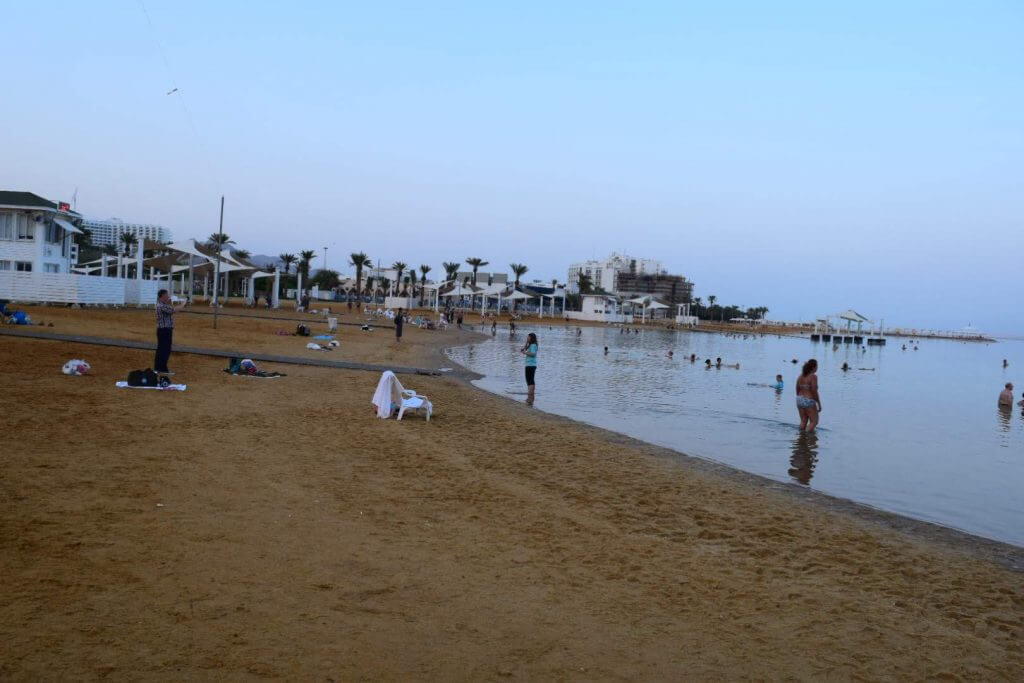 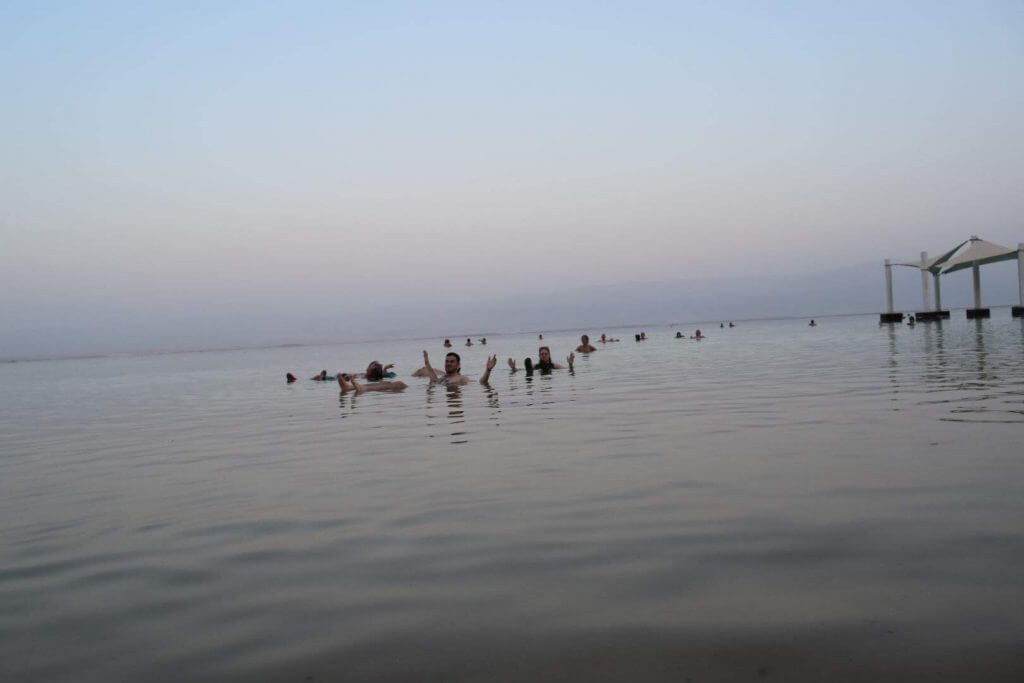