The Old and the New

We packed up and left the Dan Panorama Hotel this morning and hopped on our designated bus. We have two full buses for our tour. This morning on our way to our first destination, the green bus began with a devotional from Pastor Scott Marsh. He highlighted Acts 2 and challenged us with being thankful. Specifically we are thankful for the cross. What started out looking like a defeat resulted in joy, grace, and eternal victory.

On the way out of Tel Aviv we had a history lesson on how the city was named and the people who were instrumental in the establishment of the current State of Israel. Throughout history the Jewish people endured a lot of persecution and as a result they moved around and were scattered. Theodore Herzl, who is known as the father of modern Israel, felt that if the Jewish people had their own country there would be less persecution. In 1897 after the First Zionist Congress in Basel, Switzerland, he wrote in his journal, “today I created the Jewish state” and 50 years later, it was a reality. The handprints of God are everywhere here, both in ancient and modern Israel.

Tel Aviv means Hill of Spring. Hill represents the old and the spring represents the new. That is a good representation of Israel. The very old mixes with the new and very modern.

Our first stop was Caesarea Maritime. If the stones here could speak they would describe times of peace and prosperity when the businesses thrived and entertainment of all kinds could be enjoyed. We can almost imagine the sounds of the games, chariot races, and music. The stones would also describe times of war and great destruction. We can imagine the sounds of battle echoing across the amphitheater.

Jim Showers, the executive director of The Friends of Israel Gospel Ministry shared a devotional that focused on God’s calling to Peter to go out and share the gospel with gentiles. Acts 10 describes how Cornelius the centurion called for Peter to come to Caesarea. Because of Peter’s obedience, in contrast to the dead stone that we saw at the great amphitheater, we have new life in Christ. https://www.bibleplaces.com/caesarea/

Next we headed north to Mount Carmel. On Mount Carmel we visited a small catholic sanctuary and monastery. The altar was made of 12 large stones representing the altar that Elijah built (I Kings 18). As we sat in the small building on wooden benches facing the altar, we heard a devotional about Elijah’s contest with the prophets of Baal. It was a reminder that we should stand fast even when those around us are doing wrong. What an amazing experience to hear Scripture read and discussed on the very site in which the event occurred.

We were reminded that the people back in Elijah’s day were likely turning to Baal, the god of the elements, because they were experiencing a drought. As we were walking around today in pouring rain, it was good to remember that the rain is welcomed here in Israel since they have been experiencing very little rain. https://www.bibleplaces.com/mtcarmel/

As we left the area of Mount Carmel we passed the Valley of Jezreel which provided a passage for international travelers for thousands of years.

Our next stop was Tel Megiddo. It is has been excavated to reveal 20 cities that were built, destroyed, and another built on top. We had the opportunity to walk down the almost 200 steps into the water system that was so important to the military stronghold that was here.

One of the outstanding aspects of this stop was the significance of the valley that we were overlooking. In Revelation 16 we read about the battle of Armageddon. This valley is where that battle will take place. It is chilling to read about what is coming while looking at the specific location. https://www.bibleplaces.com/megiddo/

We checked in at the Ramat Resort this evening. The resort is beautiful, and the view from our room is of the Sea of Galilee (pictures to come when the weather is nicer). I am happy to say that will be spending three nights here.

Looking forward to tomorrow, we’re excited that some members of our group have chosen to be baptized in the Jordan River. For tonight we are looking forward to a delicious dinner and plenty of sleep to follow. 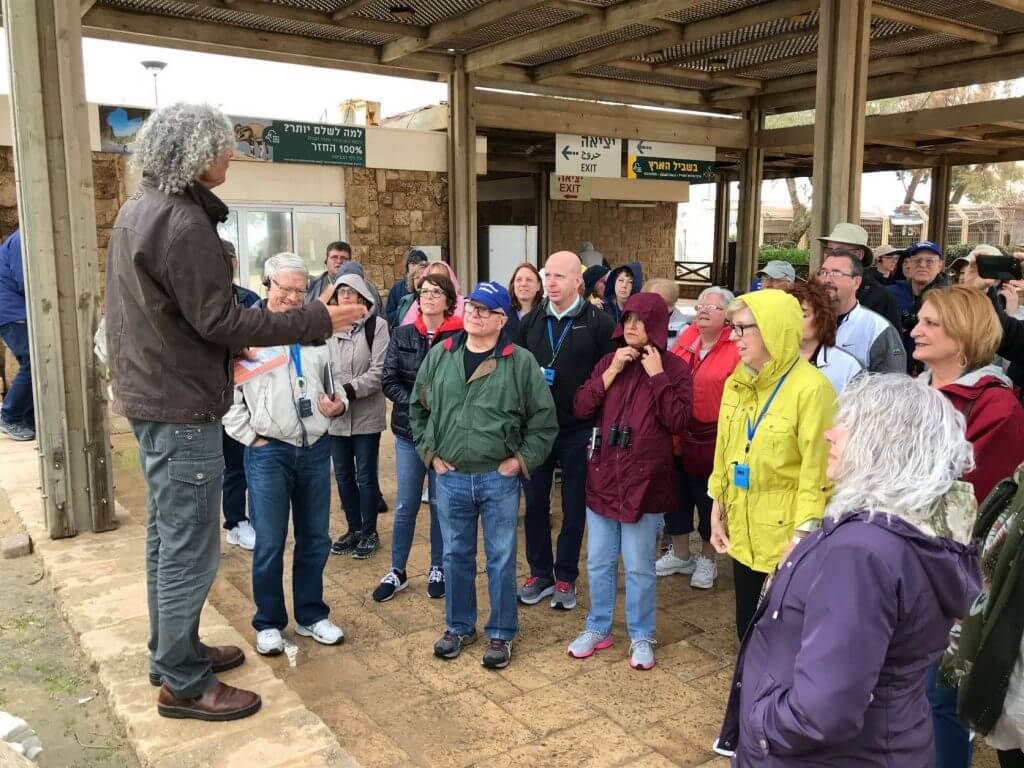 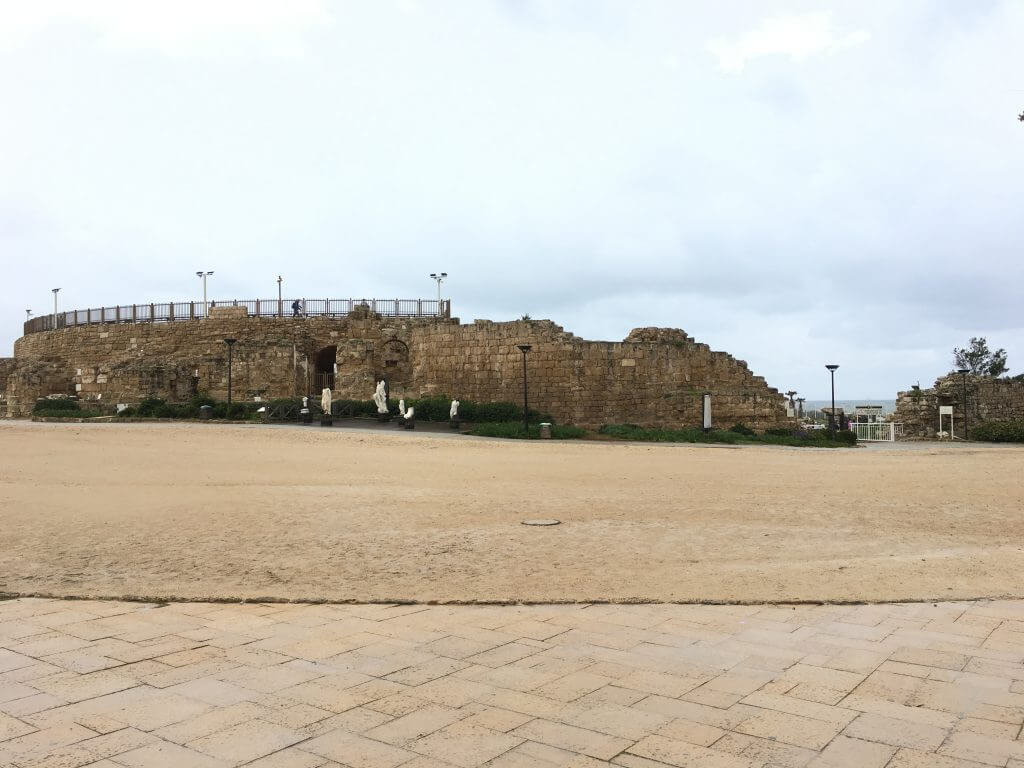 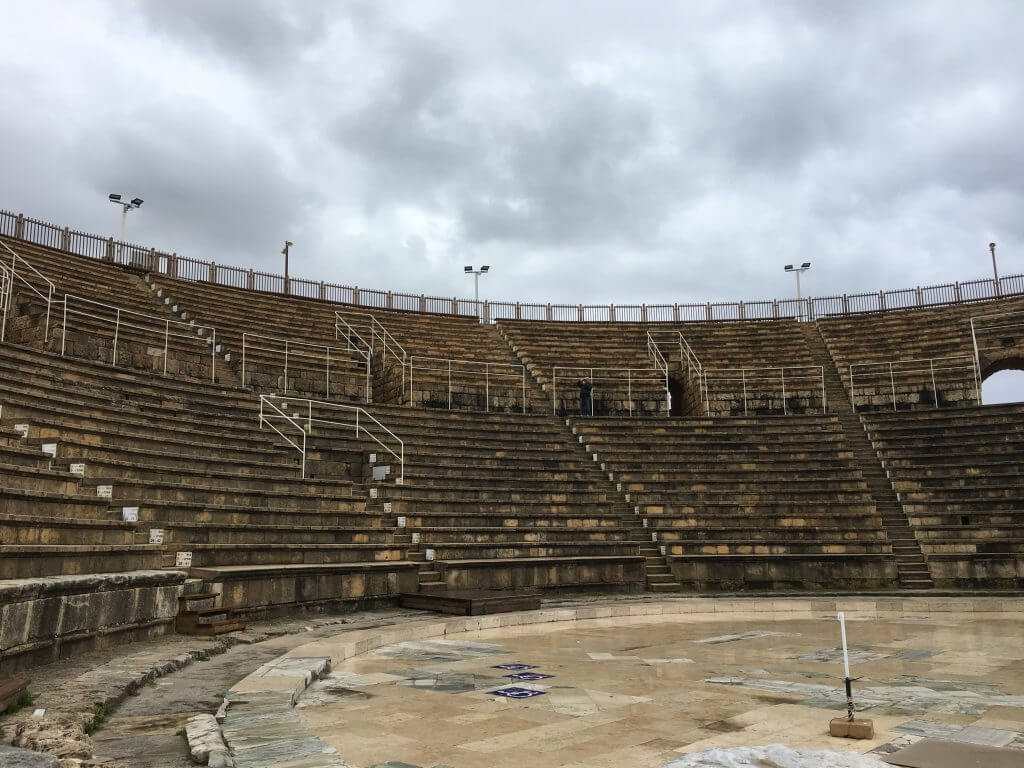 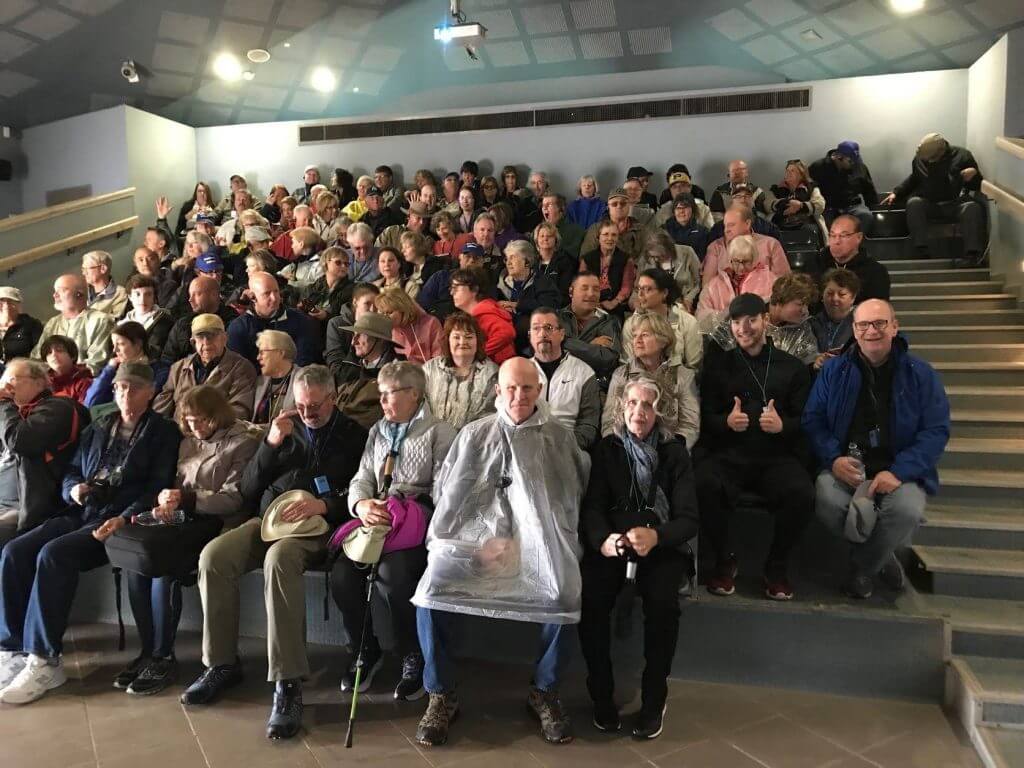 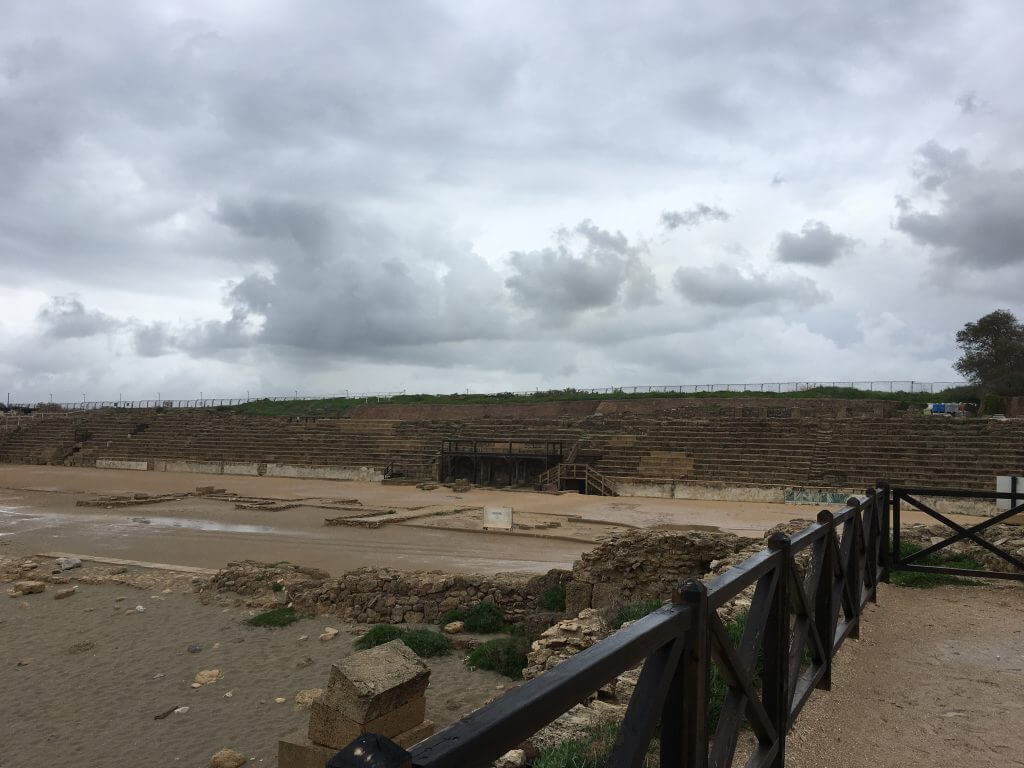 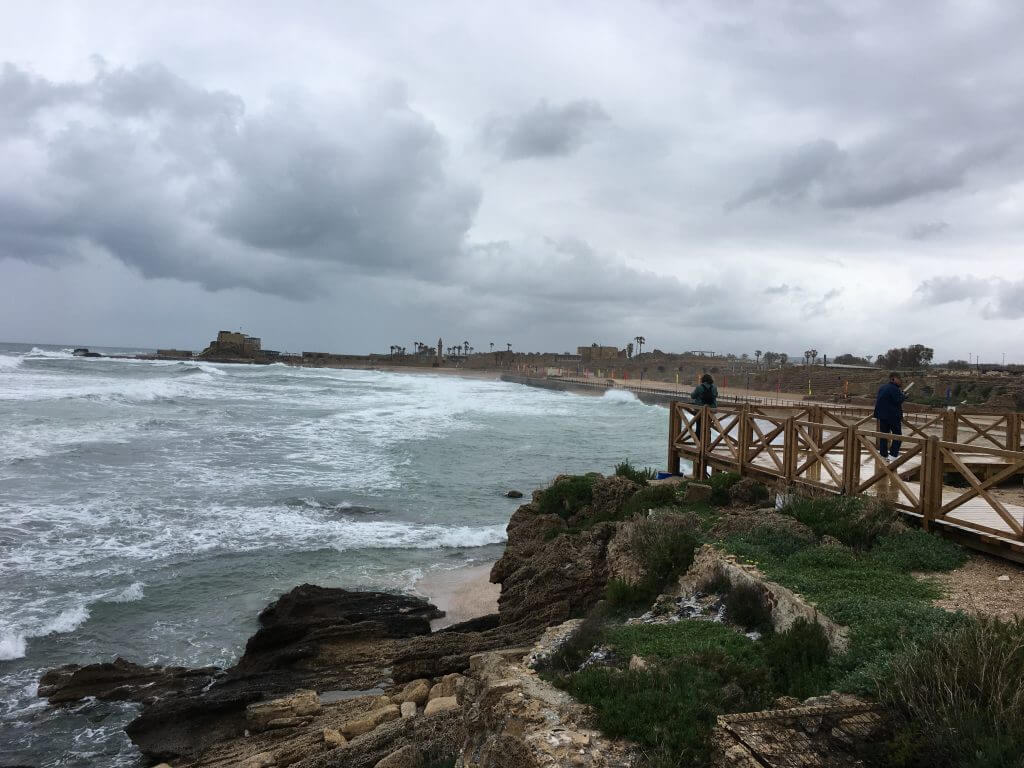 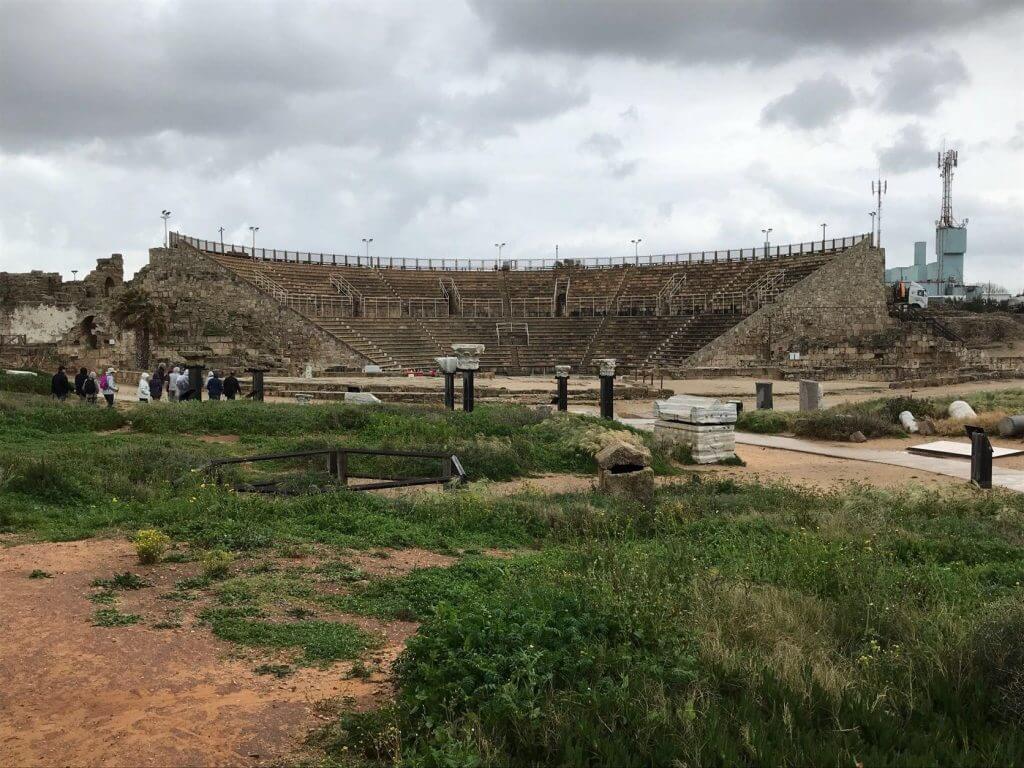 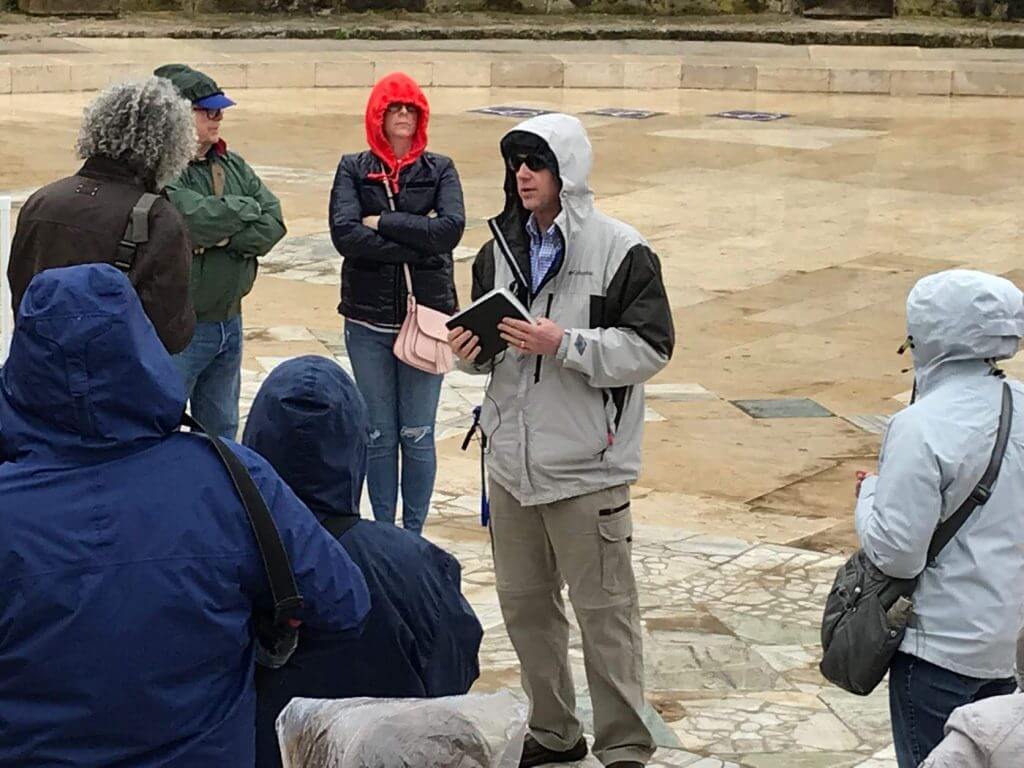 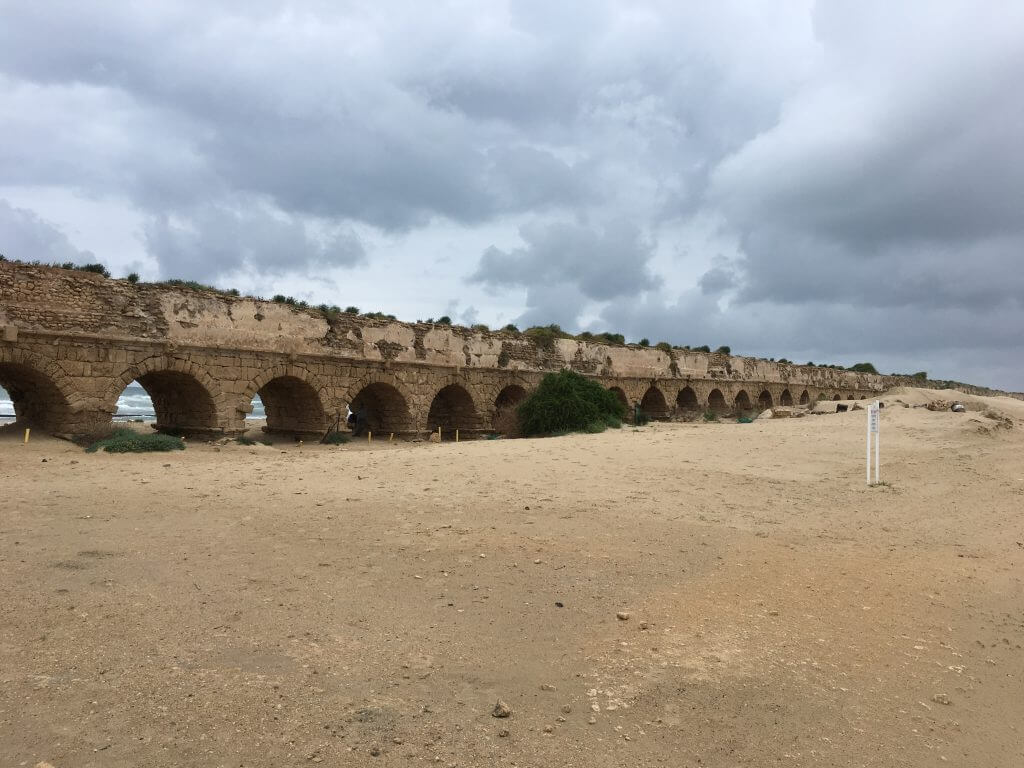 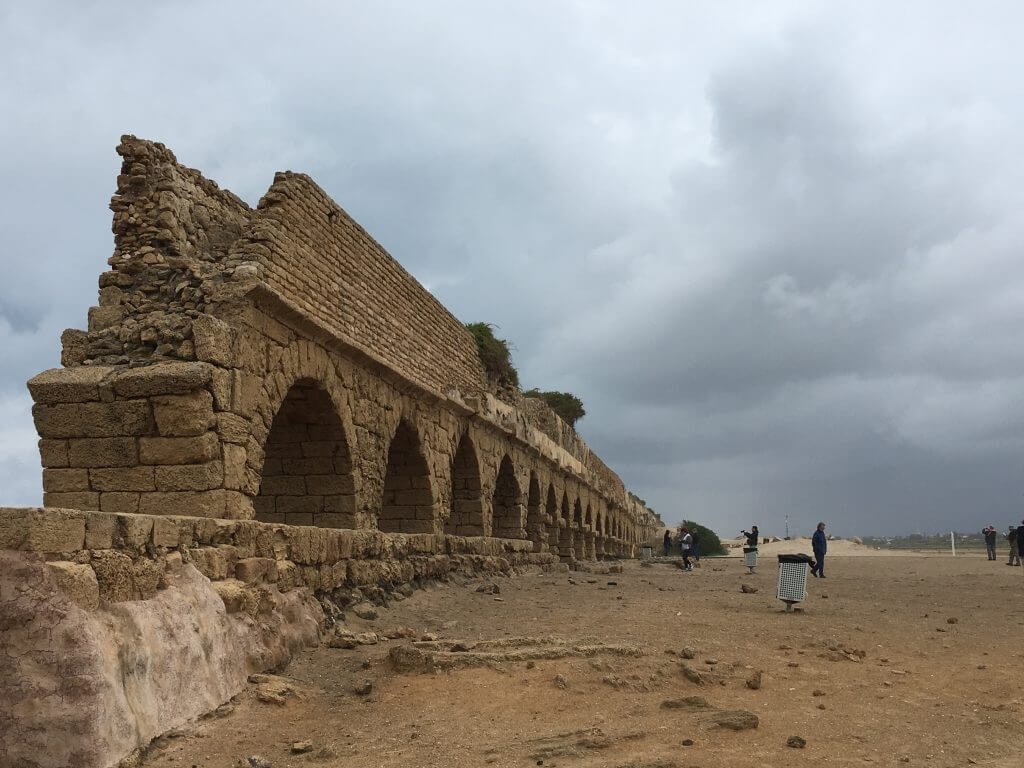 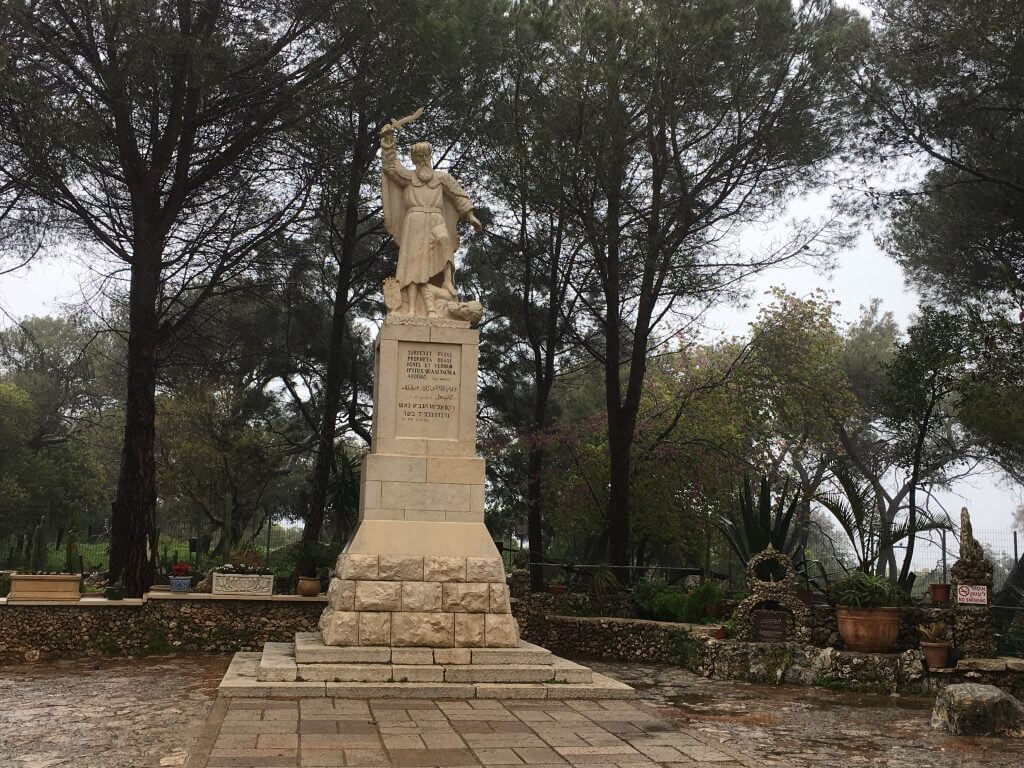 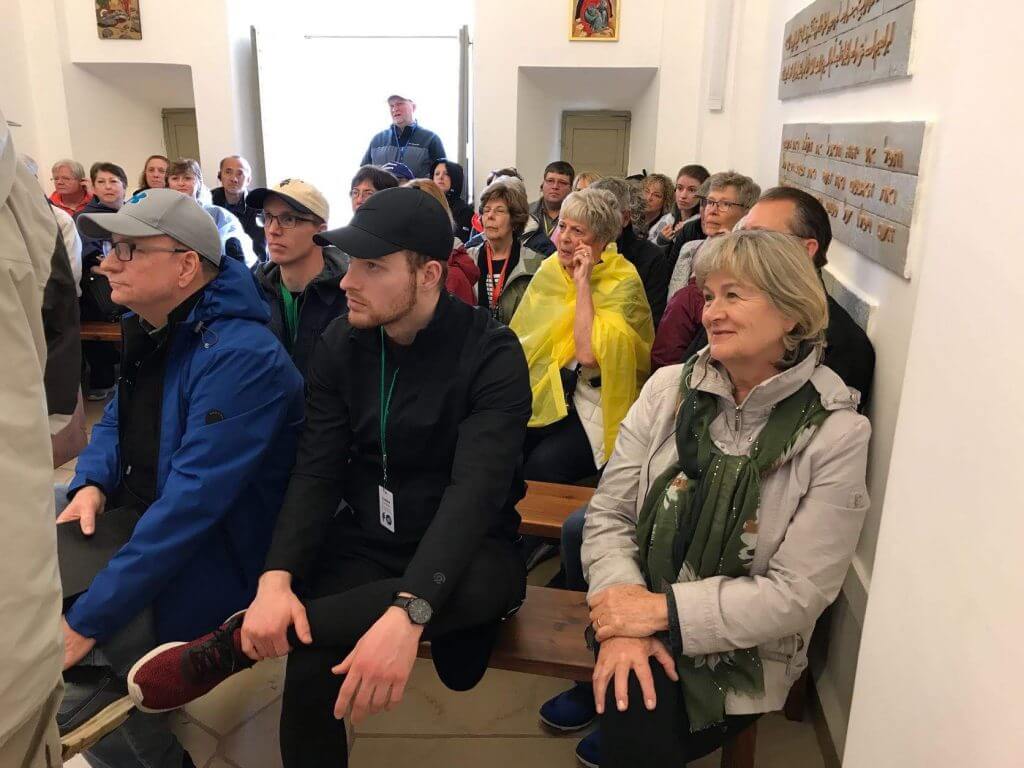 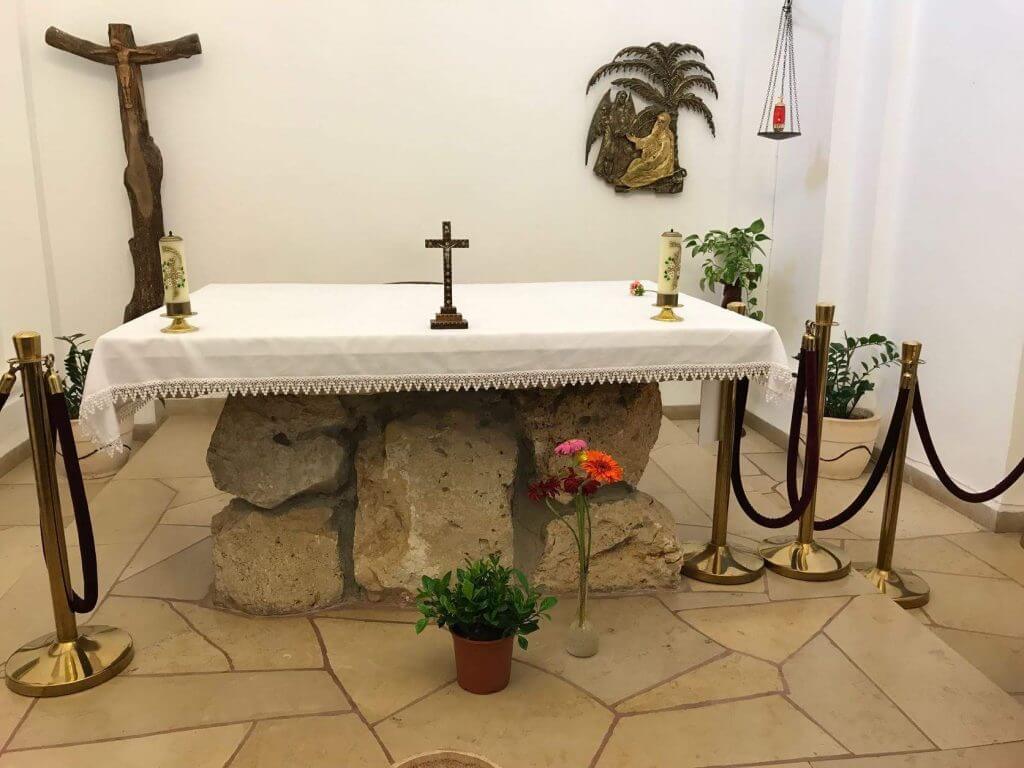 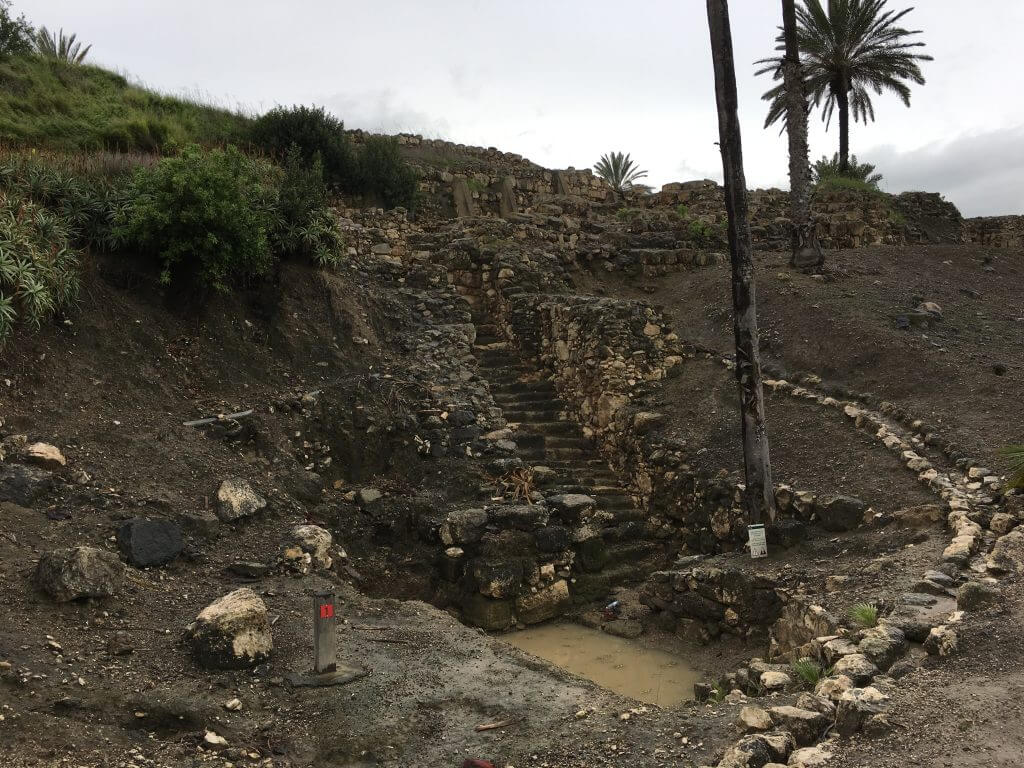 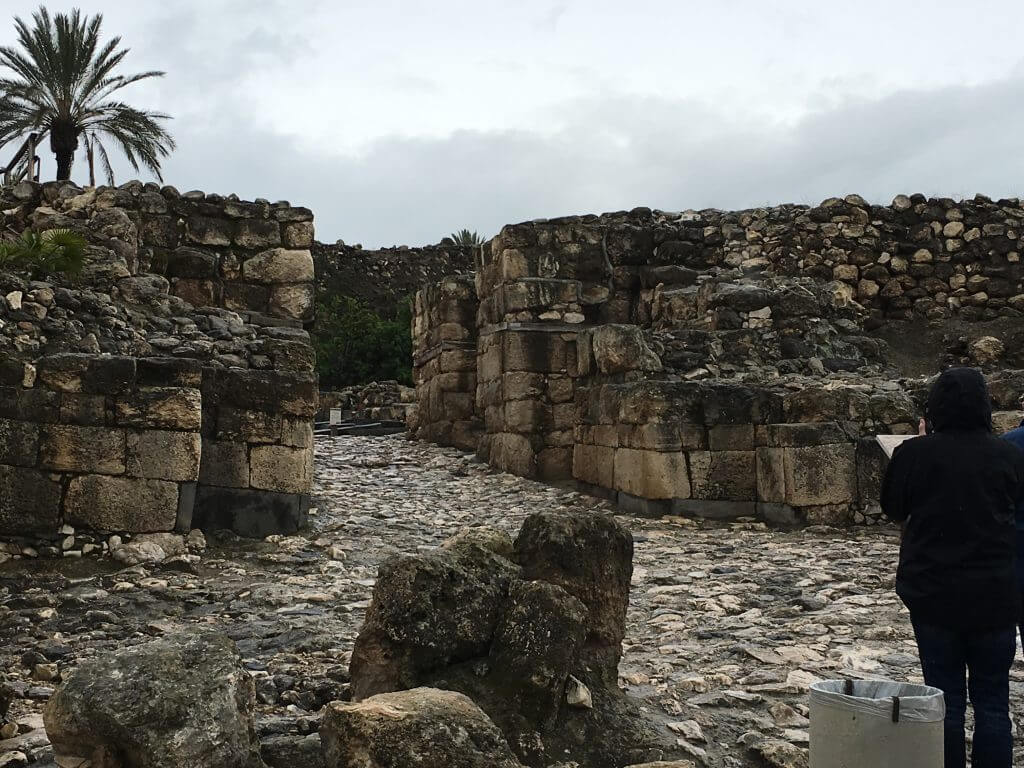 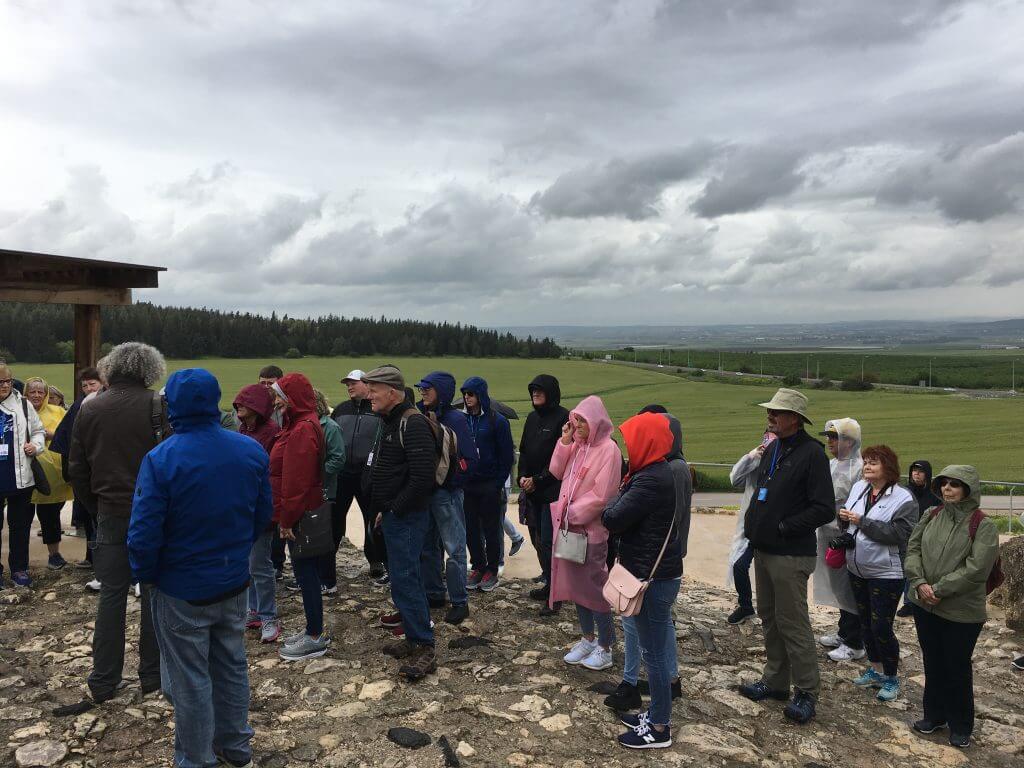 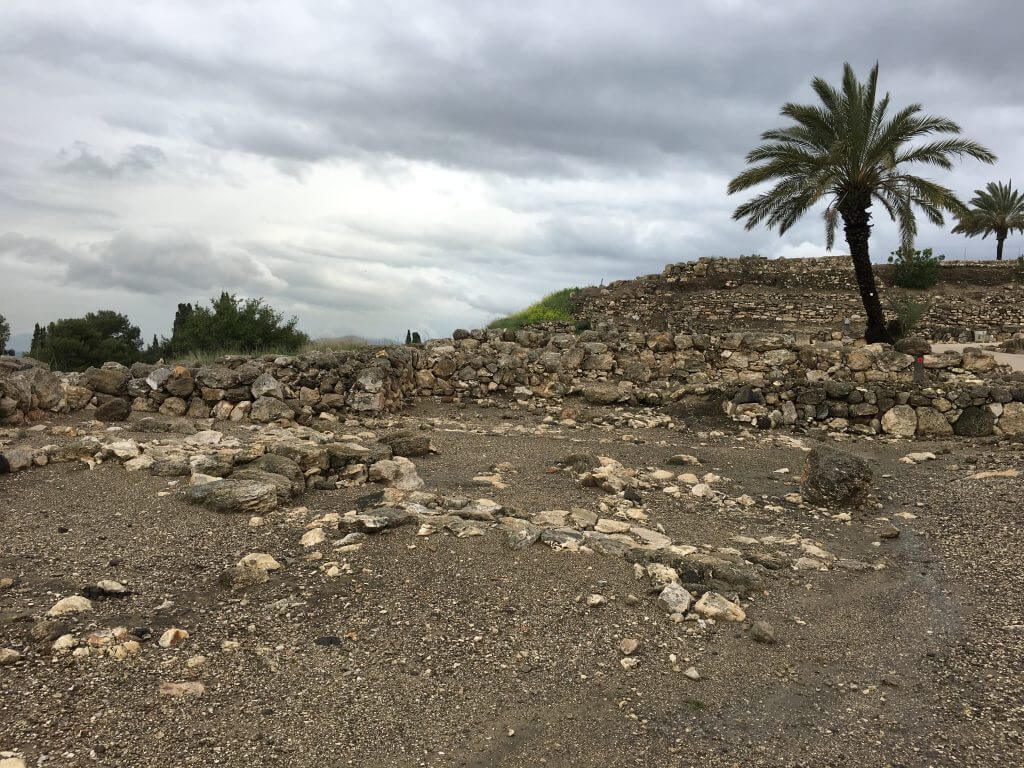 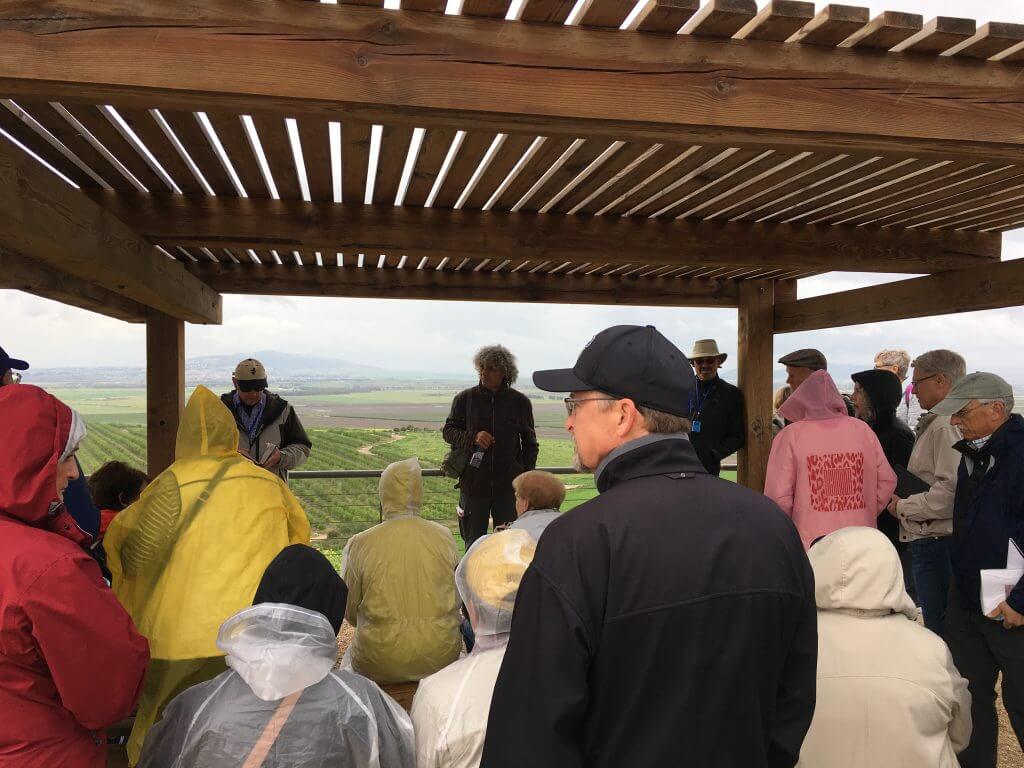 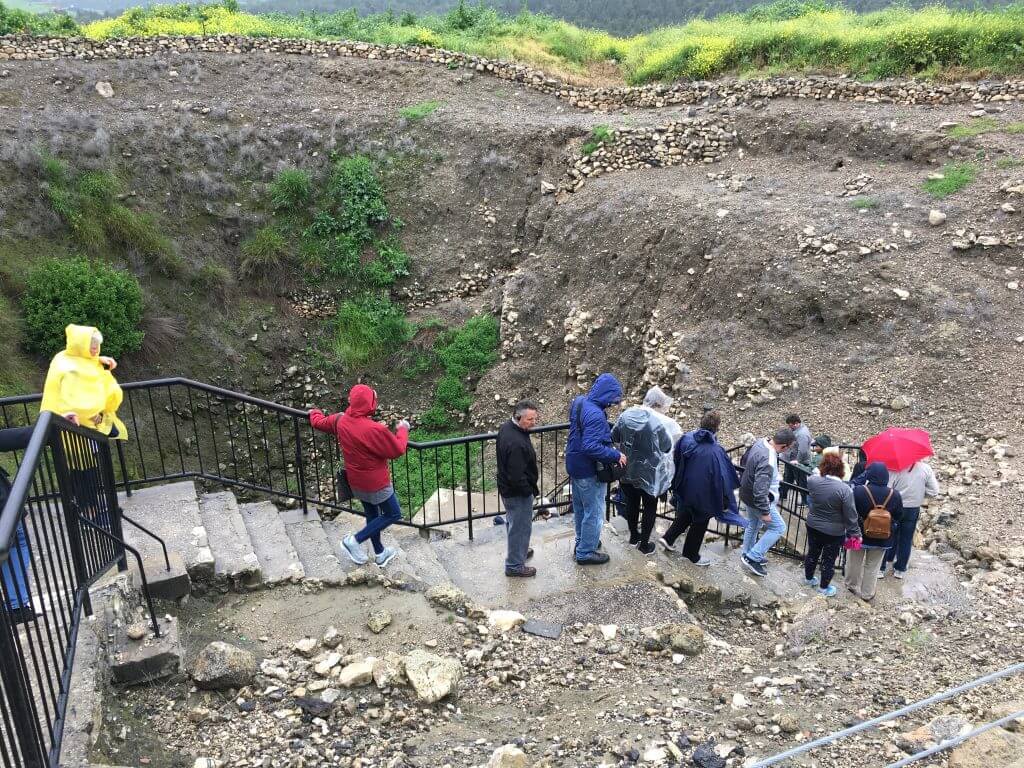 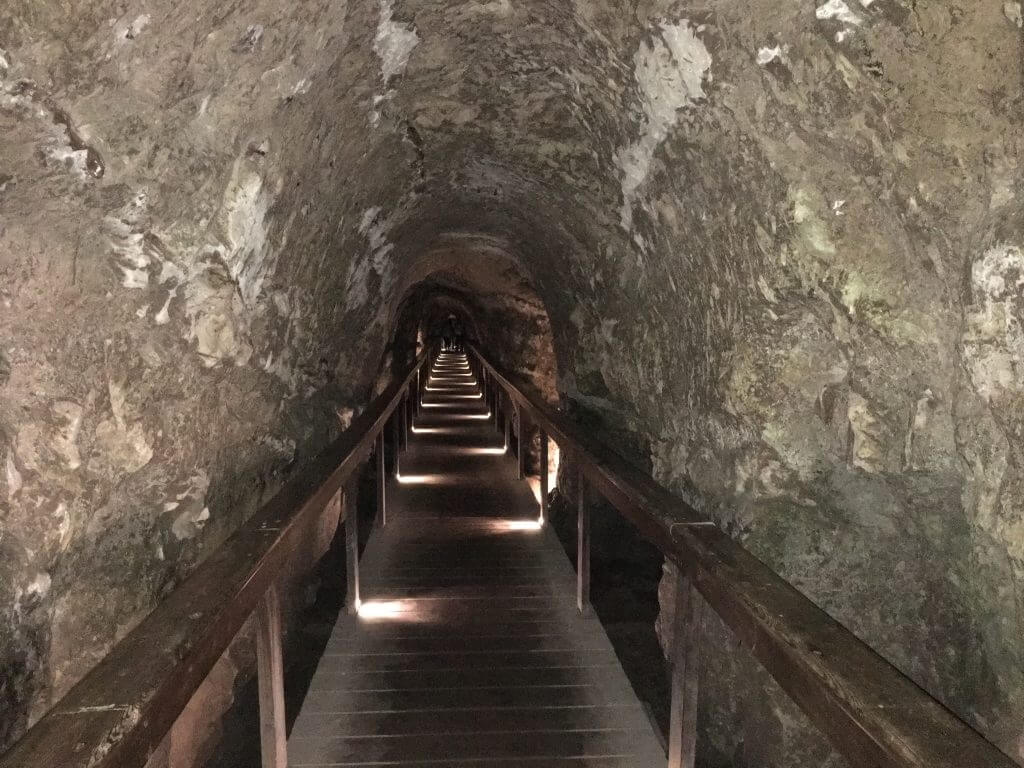