In a series of spiritually draining experiences a couple years ago, I visited four major Holocaust museums in a span of three months.

The biggest shock came at a museum in California. In an unremarkable display case, tucked into a corner, sat two dozen personal effects taken from those condemned to Nazi death camps. There were typical things: a watch, shoes, pocketbook, spectacles, and papers. It was in that display case I saw something that I have not seen on display at any other Holocaust museum. In that case was a single, dark brown braid of hair about eight inches long.

I cried. I hadn’t been through the most horrifying parts of the museum, yet, like the replica gas chamber of Auschwitz. I couldn’t shake the emotion. It brings me to tears, even today. That braid was once part of a real human being, no doubt a girl, likely Jewish, and probably about the age of my own seven-year-old daughter. There it was in an unremarkable display case, tucked in the corner of a Holocaust museum. The girl who was once attached to that braid was most likely dead.

The fourth Holocaust museum I visited was Yad Vashem in Jerusalem, which happened to be the day after American President Donald Trump laid a memorial wreath at the museum’s Hall of Remembrance on his first presidential tour of the Middle East.

I was privileged to have a special tour of the museum’s education center and the extensive archives. Once in the archives, I was handed a pair of white fabric gloves. My host opened a box, lifted out a little red book and gingerly placed it in my hands. I was holding a treasure; I dared not breathe.

My guide said, “This is the personal album of Ester Goldstein. Our department replicated this very book and gifted it to President Trump yesterday.”

The album contained dedications written by Ester’s friends, family, and teachers, together with photographs of the family. I held what few memories remained of another young Jewish girl murdered by the Nazis at Riga concentration camp.

In the same room, I noticed there were several large, WWII-era file cabinets made of wood and metal lining the walls, each with many, many tiny drawers: card catalogs. Type-written German labels on yellowed paper clearly identified the contents of each drawer.

Hesitant, but feeling pressed to come face-to-face with the darkest evil humanity has to offer, I asked what was in the drawers. The archivist pulled out a drawer filled with manila index cards and set it on the table in front of me. He told me this file cabinet and its contents were confiscated by Americans who liberated the Mauthausen concentration camp. He allowed me to look through the cards. Although neatly typed in German, I didn’t need to know the language to figure out that each card represented a human being that came through Mauthausen’s gate, estimated to be about 190,000 people. Each card had typical identifying information, but each card also had body proportions and measurements like head circumference and nose length.

I don’t take a single life lost during the Holocaust for granted. I make a concerted effort to pay attention to details and memorialize each story in my heart. That day, I could only read a few cards before feeling nauseated. The sheer number of cards was overwhelming, and I felt I could not do each name the justice it deserved. My guide told me all of the drawers were filled with the same. The Nazis were meticulous in their record keeping.

As I ended my visit, I exited the dim light of the Yad Vashem archives out into the bright, warm Israeli afternoon sun. Immediately, I experienced a loud rush of cheerful Hebrew voices and laughter. As my eyes adjusted to the daylight, I saw hundreds of teenage IDF soldiers taking a break from their mandatory Holocaust classes, their state-issued rifles stacked in piles on the ground like Lincoln logs.

I spent hours experiencing the dark evil of humanity in the museum’s archives that afternoon. When I walked out into the bright reality of Jewish people living once again in their ancestral homeland, I saw the valley of dry bones coming to life as fulfillment of biblical prophecy (Ezekiel 37). God’s unmistakable message to me that day was that we are living witnesses to His present-day miracle.

Through the generosity of our donors, the Israel Relief Fund helps to address the most pressing humanitarian needs within Israel.

One of the things I love about Israel Relief Fund at The Friends of Israel Gospel Ministry is it offers us all an opportunity to take action and to demonstrate Christian love to a people and a nation that have received little mercy from the rest of humanity throughout the course of history —right up to the present day. Through the generosity of our donors, the Israel Relief Fund helps to address the most pressing humanitarian needs within Israel. We support programs in Israel that feed, clothe, and educate the needy and Holocaust survivors, provide shelter from missiles and bombs, save babies from abortion, help rescue people from drug addiction and prostitution, and supply emergency medical and rescue services.

I praise our Lord that Israel exists and braids are not cut from the heads of Jewish girls on the way to their death simply for being born into the family they were born into. Yet, we have the opportunity and awesome responsibility to love our Jewish friends to life, and that is why I am honored to serve God’s appointed mission at The Friends of Israel through the Israel Relief Fund.

You can join us in supporting the Israel Relief Fund. Your gift multiplies our impact on the ground in Israel today, tomorrow, and for eternity.

I will leave you with an inscription written by another murdered Jewish girl, Bella Lassore, in Ester Goldstein’s personal album on September 15, 1942:

“Love life, and don’t be afraid of death. Believe in God and a better future.”

If you would like to take action and make a difference in Israel through our Israel Relief Fund you can donate here: https://store.foi.org/p-591-israel-relief.aspx. 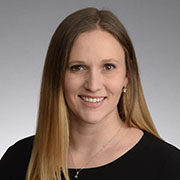 Amy is the Ministry Initiative Specialist & Assistant to the Executive Director for The Friends of Israel Gospel Ministry.