From the River to the Sea

We started our day on the Jordan river where 20 from our group participated in a baptism. Dan Dark, a representative with The Friends of Israel Gospel Ministry, led us in singing, "There is a Redeemer" and Thank You Lord" before Steve MacFarland taught from 1 Corinthians 10 on the significance of baptism. What a beautiful picture of our union with Christ.

As we drove south, we caught our first view of the Dead Sea as we traveled through the ancient land of the Moabites. Early in our tour, we viewed the highest peak in Israel, Mount Hermon at over 7,000 feet above sea level. Today we visited the lowest place on the entire earth, The Dead Sea. It is over 1,300 feet below sea level. The variety of landscapes in such a small country is awe-inspiring.

On our descent, we saw an oasis in the desert.  Some spotted ibex along the cliffs. Learn more: https://www.britannica.com/animal/ibex. We saw date palm farms rising up out of the desert landscape, made possible because of drip irrigation which was invented here in the 1930s. It was later patented by Israel and is now used all over the world.

Our tour continued to the caves of Qumran where the Dead Sea scrolls were discovered. We watched an informative video about the Essenes and the caves, walked through the ruins, and enjoyed a breathtaking view of one of the 14 caves before traveling on. http://www.bibleplaces.com/qumran.htm

Our next stop was Masada. Masada was built in 30 BC by Herod. He created this extraordinary place for a fortress and as a place of luxury. It was strategically placed along his escape route in times of danger. There is good reason to believe he was here because there is evidence that lettuce was imported from Spain in the records. He was an insomniac and believed it helped him sleep. He had it shipped wherever he stayed.

When Herod died, Masada became a Roman fortress. After major changes in 66 AD, during a Jewish rebellion against Rome, the Jews took Masada by night. Why did they come here? They knew a huge storage of food and weapons existed here. They wanted it to become an arsenal for the rebellion. The Romans put down their forces all over Israel, first in Galilee, then Judea, and finally here where they fled at the end of the war. With nowhere to go, this became the last fortress against Rome. Three years after the destruction of the temple in Jerusalem, Masada fell in 73 AD to Rome's war machine. The people living here were no longer a threat but Rome sent 6,000 troops to kill the nearly 1000 people on Masada. Rome wanted to show the Jewish people that if you stand against Rome you will be crushed.

We were able to view the ramp Rome built for their assault. They forced Jewish slaves to build it because they knew the occupants would not try to kill them. Before the day of the siege, the Jewish zealots decided to die at their own hands rather than at the hands of the Romans since their families would be raped or enslaved. When the Romans arrived it was quiet. All but 2 women and 5 children were dead. The Romans found them hiding in a cistern. Rome wanted to destroy the Jewish people yet by God's grace they are still here as He promised.

Now Israeli people say of Masada "never again!" Our guide gave his own experience being in the Israeli Defense Forces (IDF). He explained that it was at a ceremony here that he took his oath of allegiance to Israel. In view of their families, they were handed their Bible (Tanach) and their rifle. The soldiers were told all at once to shout “Masada will not fall again!” Rome is no more but Israel has new enemies. These IDF soldiers were given a Bible to show the values they fought for and a rifle to defend their country. https://www.bibleplaces.com/masada/

We arrived at the Daniel Dead Sea Hotel for the night and before dinner, many in our group swam (or should I say floated) in the Dead Sea.

It was a special day exploring the land of Israel. It is obvious as we learn more about the land, its people, and how His Word connects it all together that God continues to preserve His people and keeps His promises. 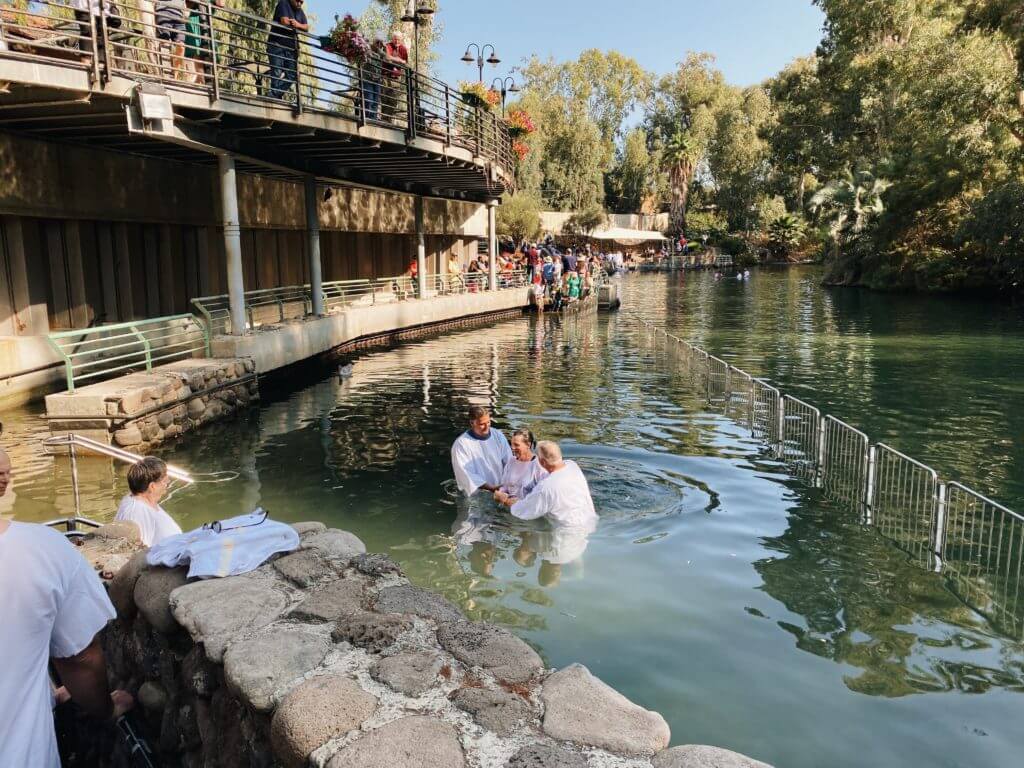 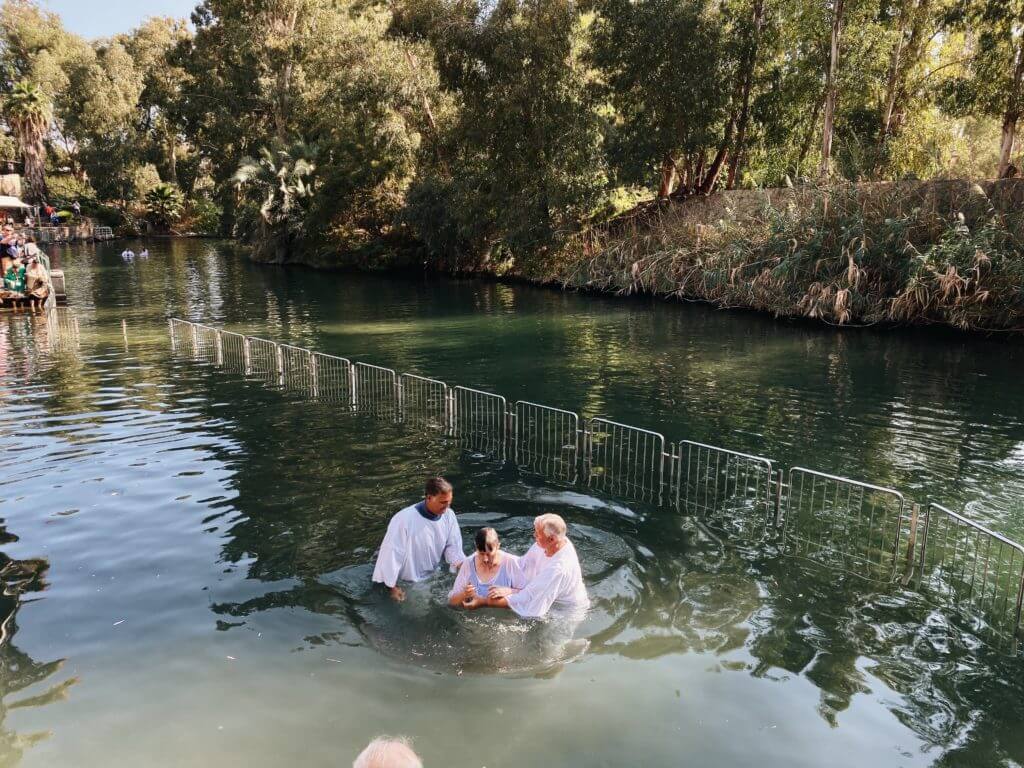 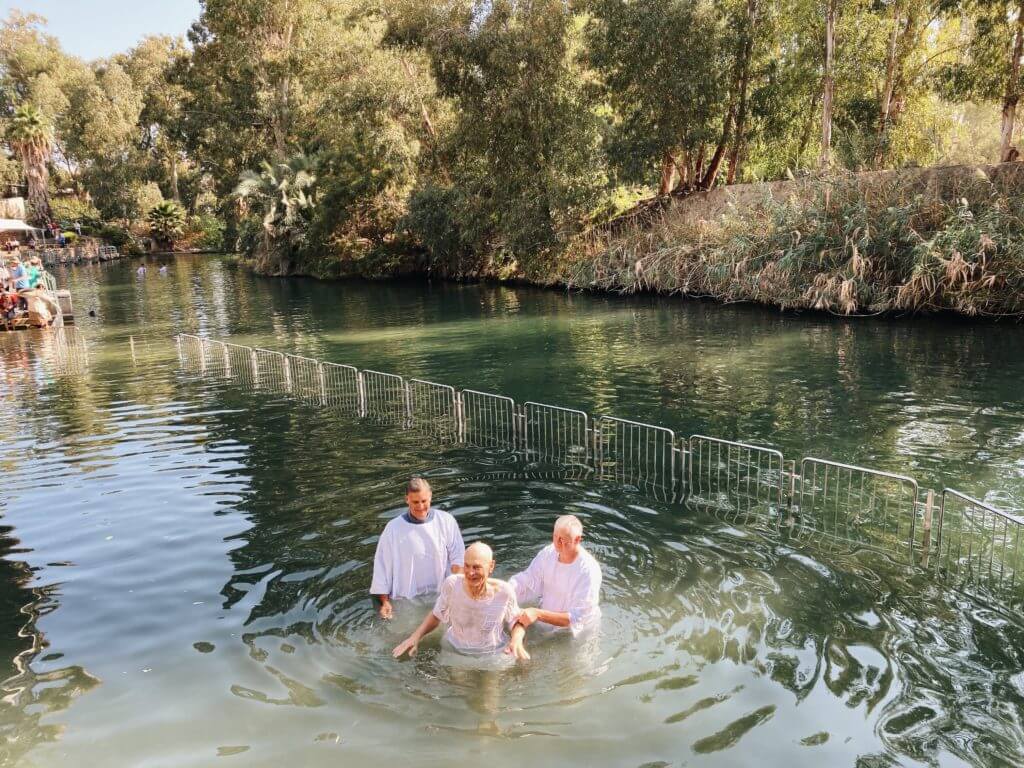 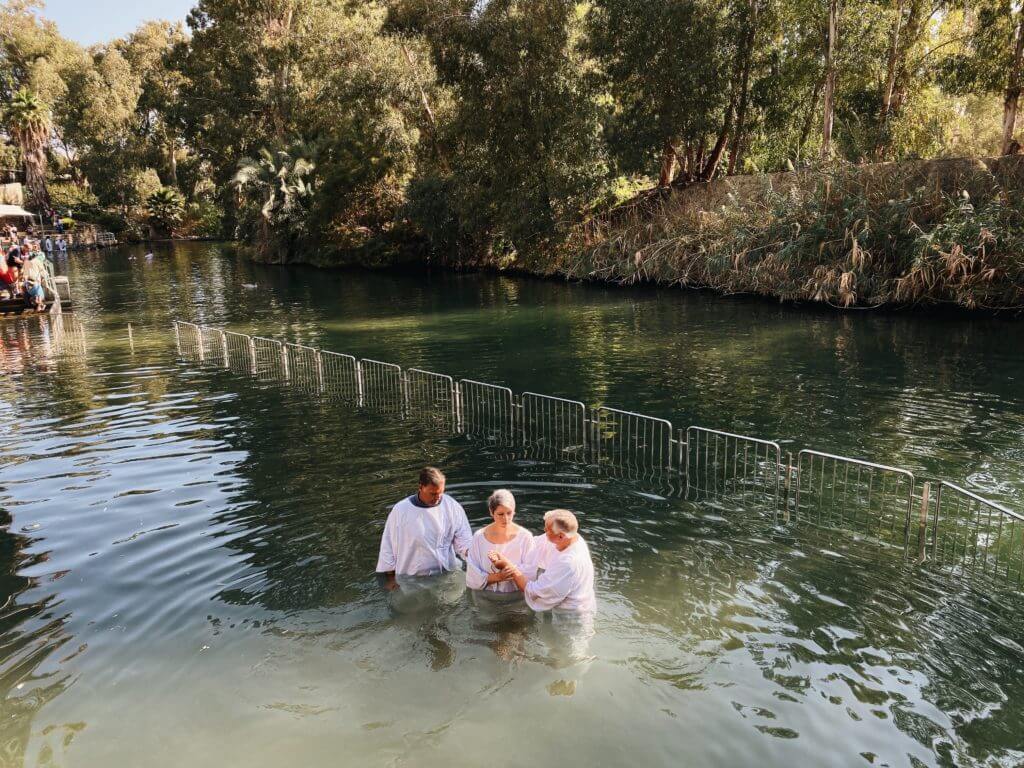 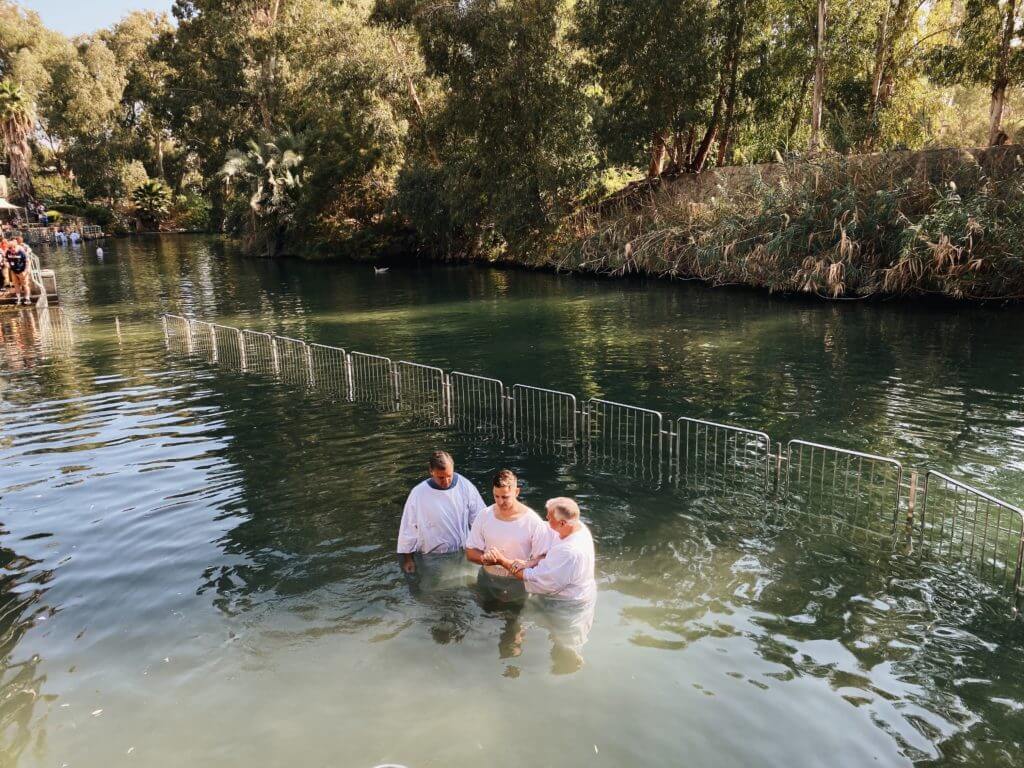 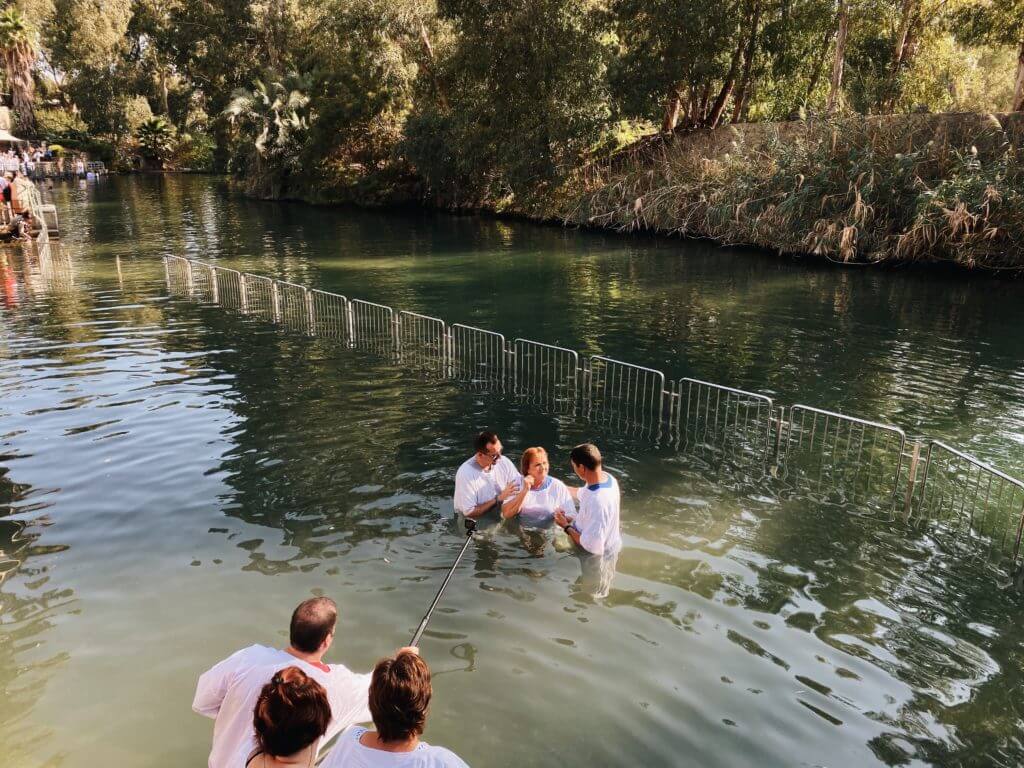 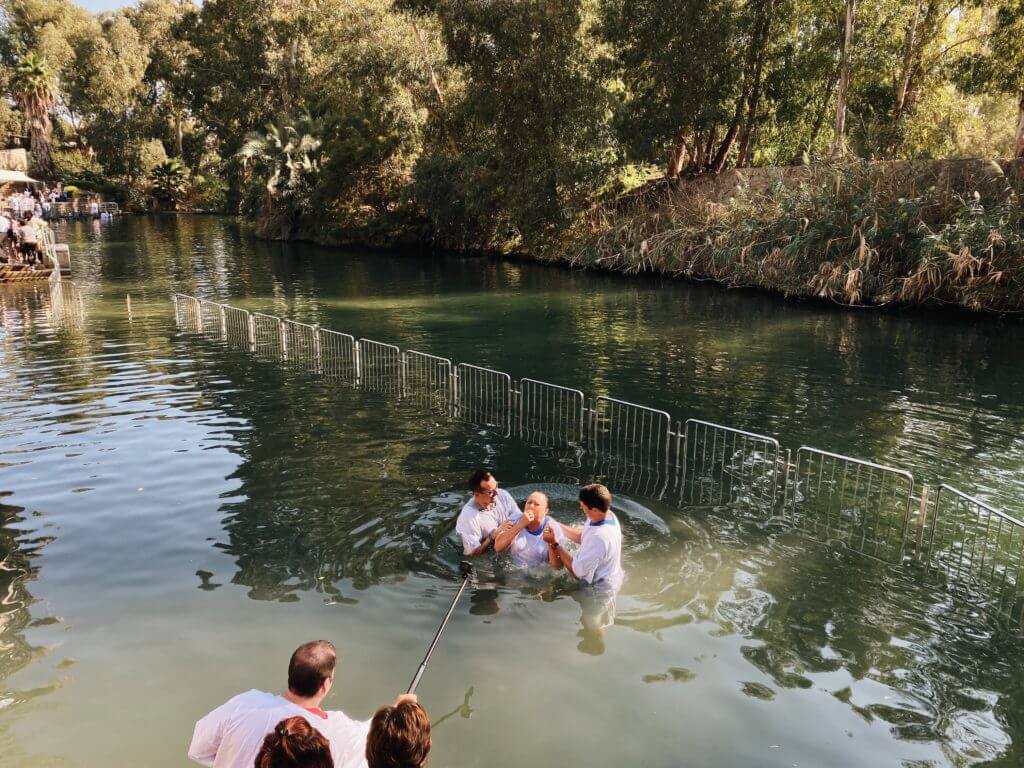 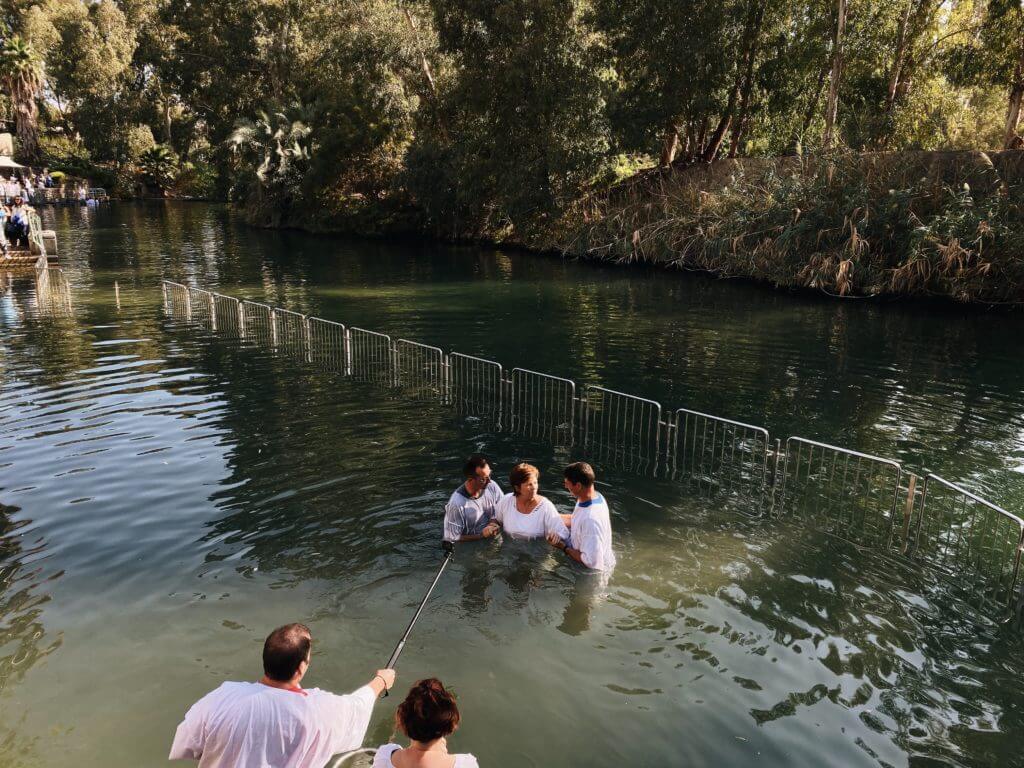 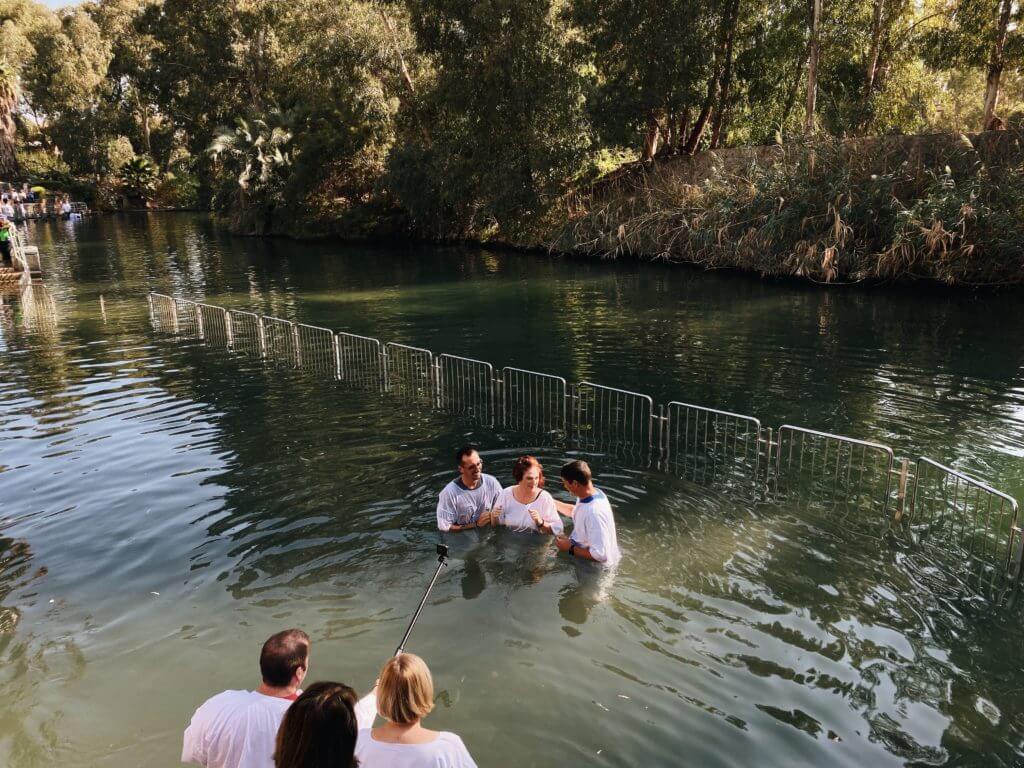 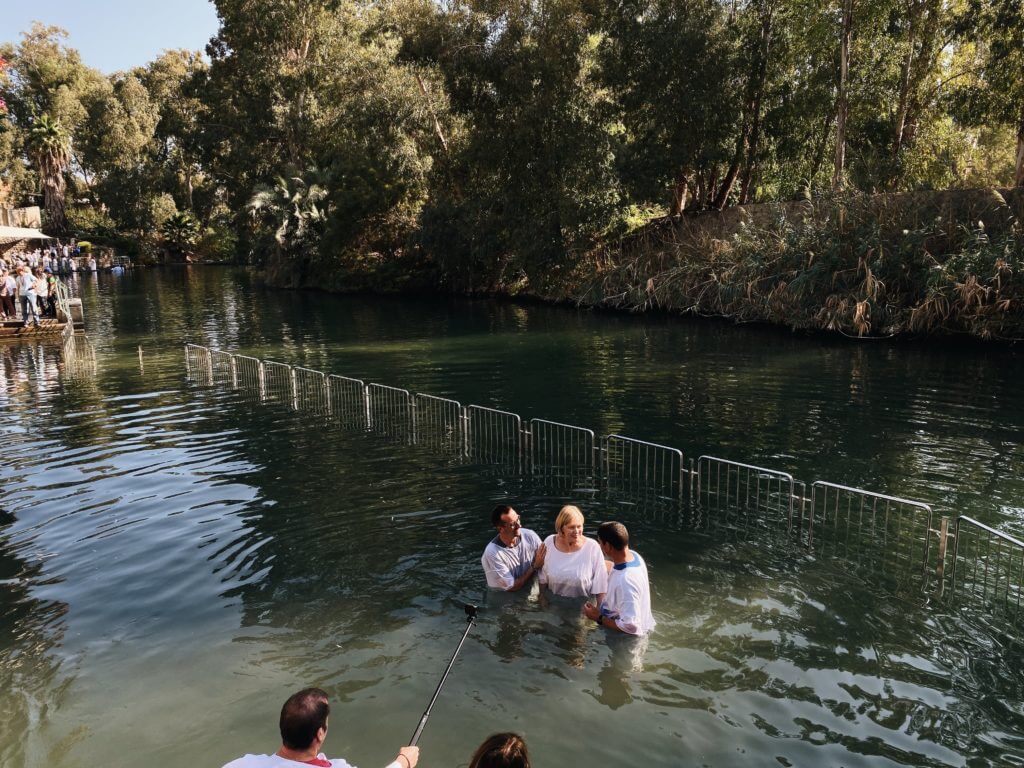 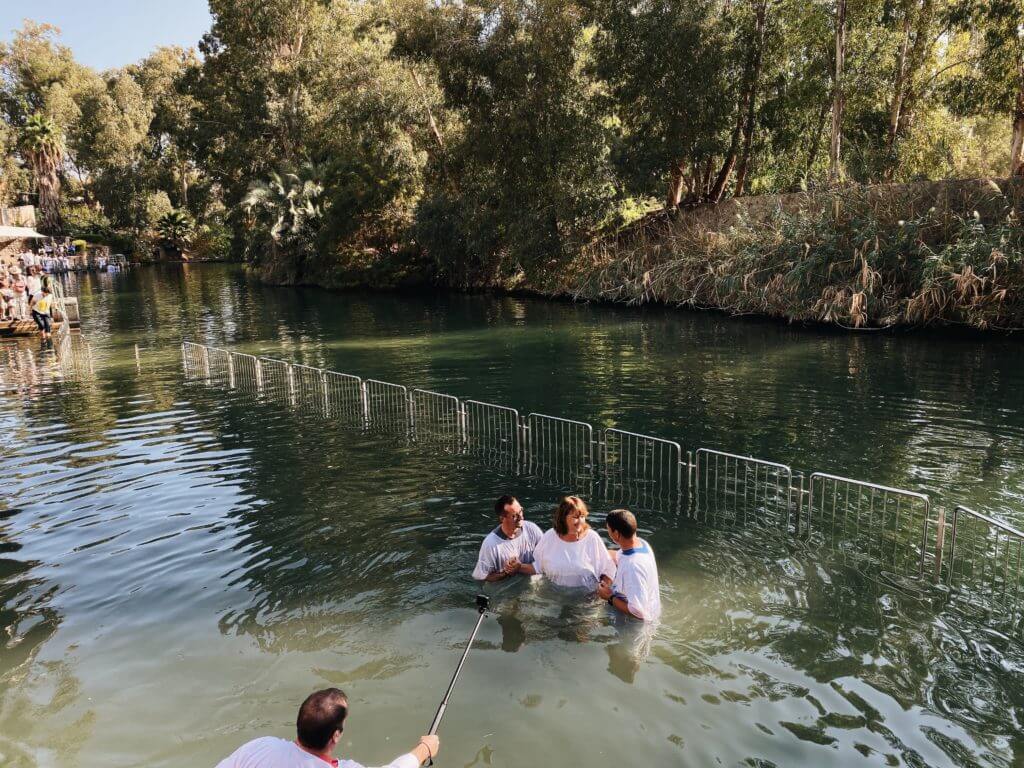 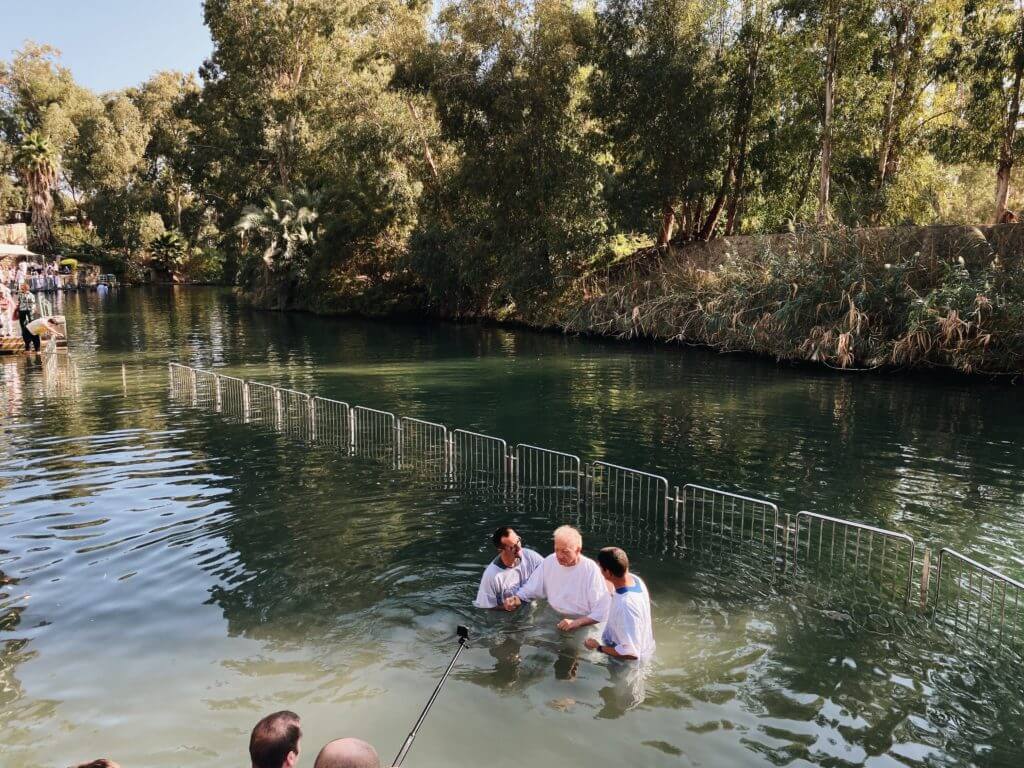 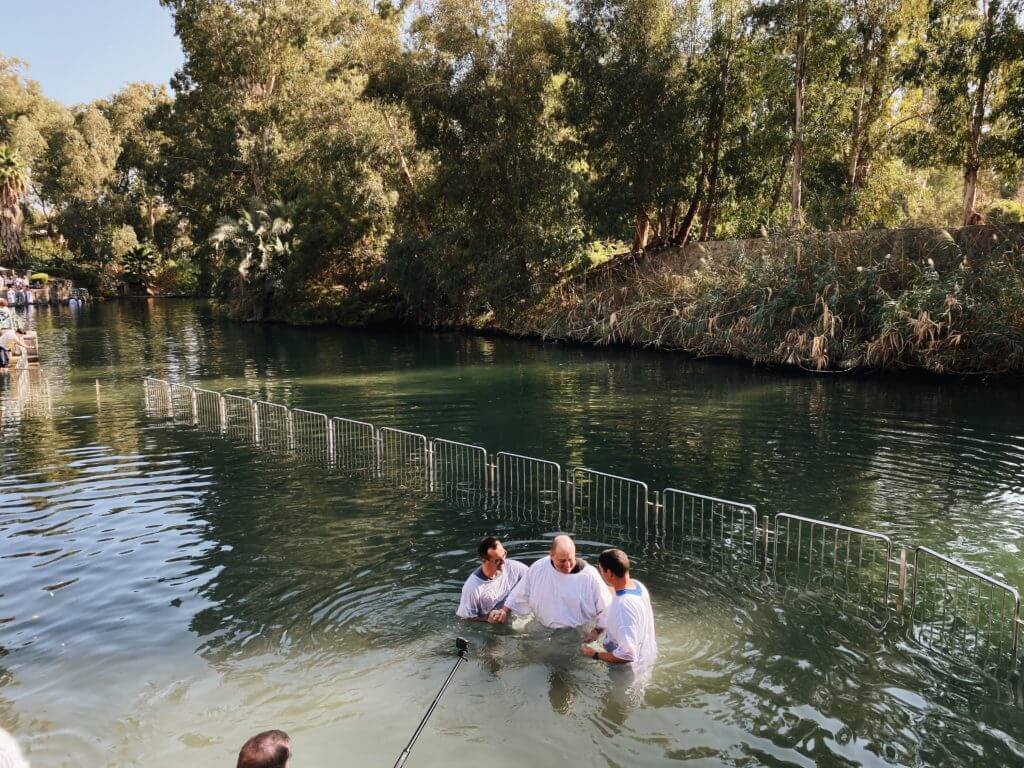 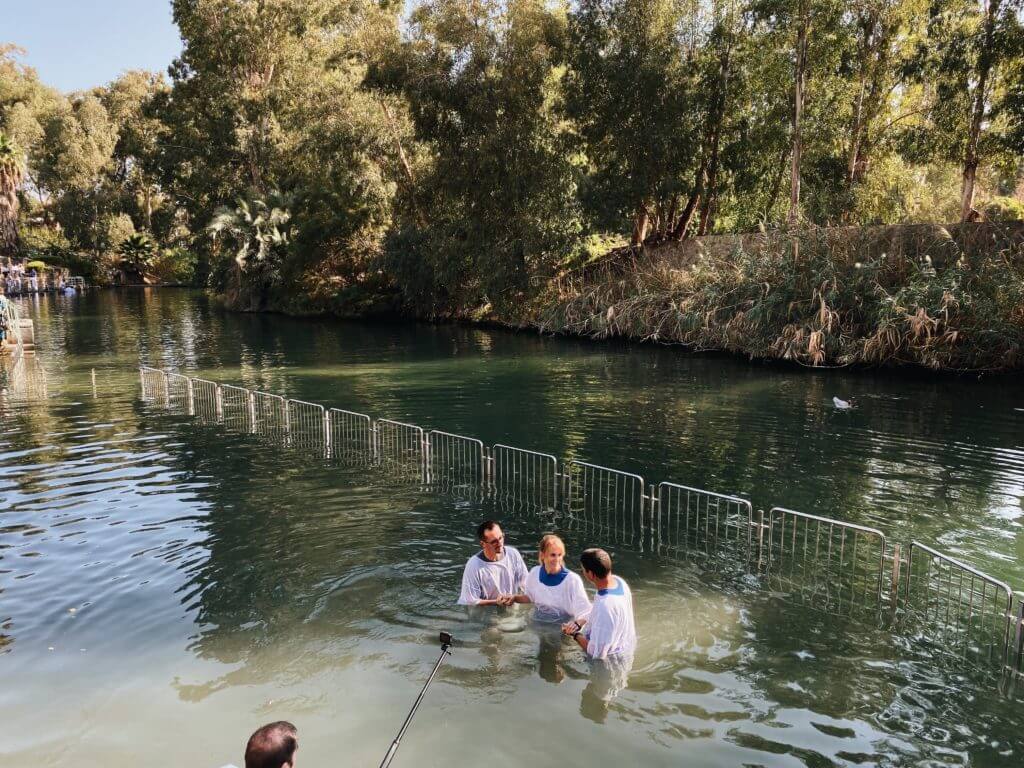 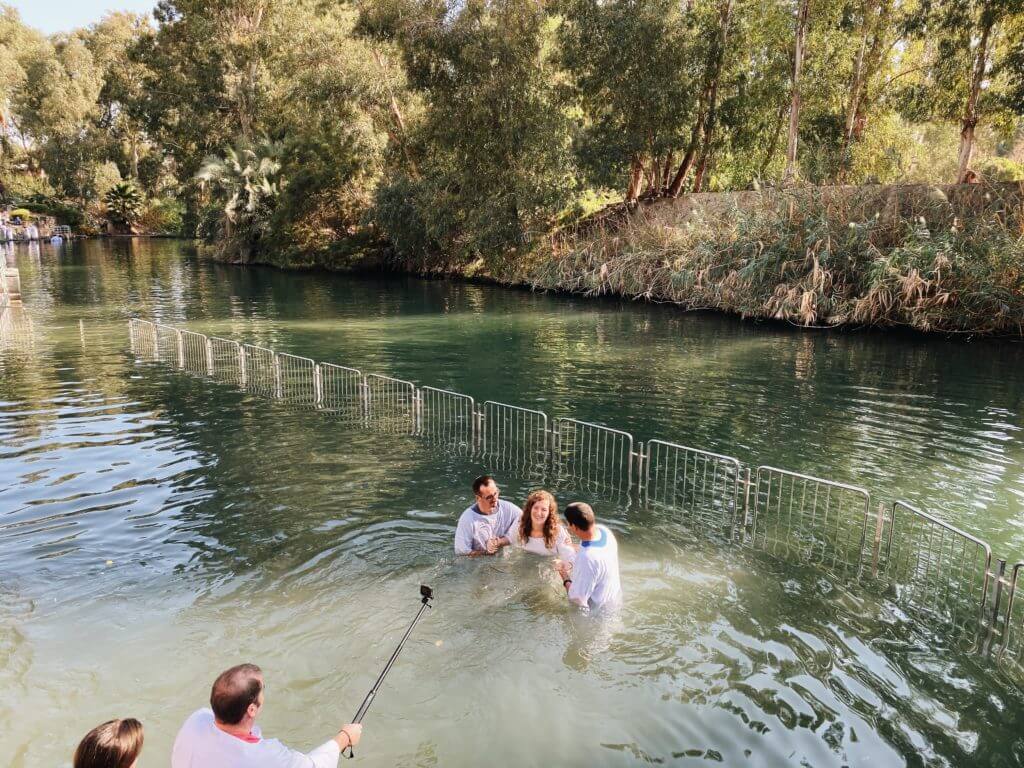 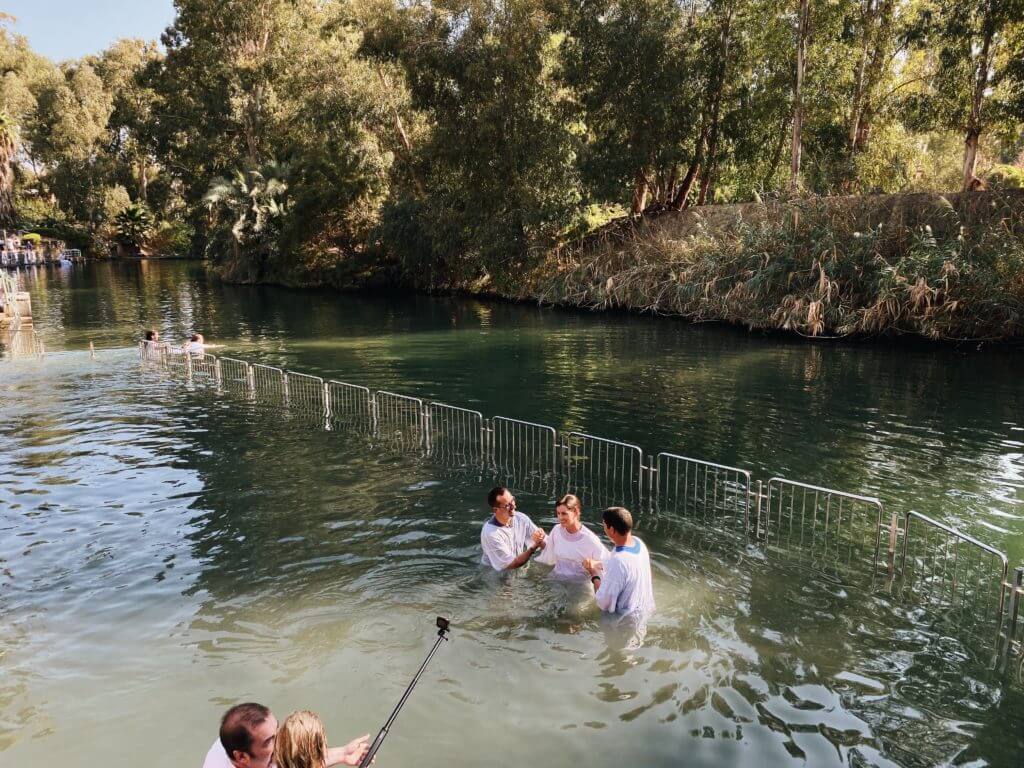 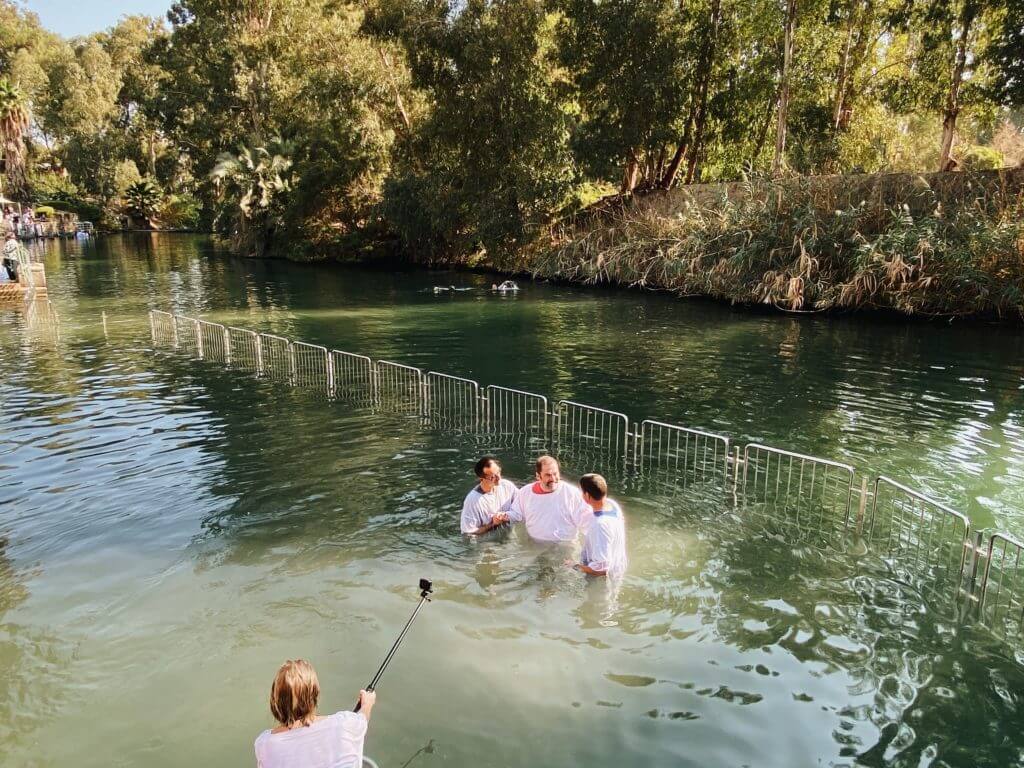 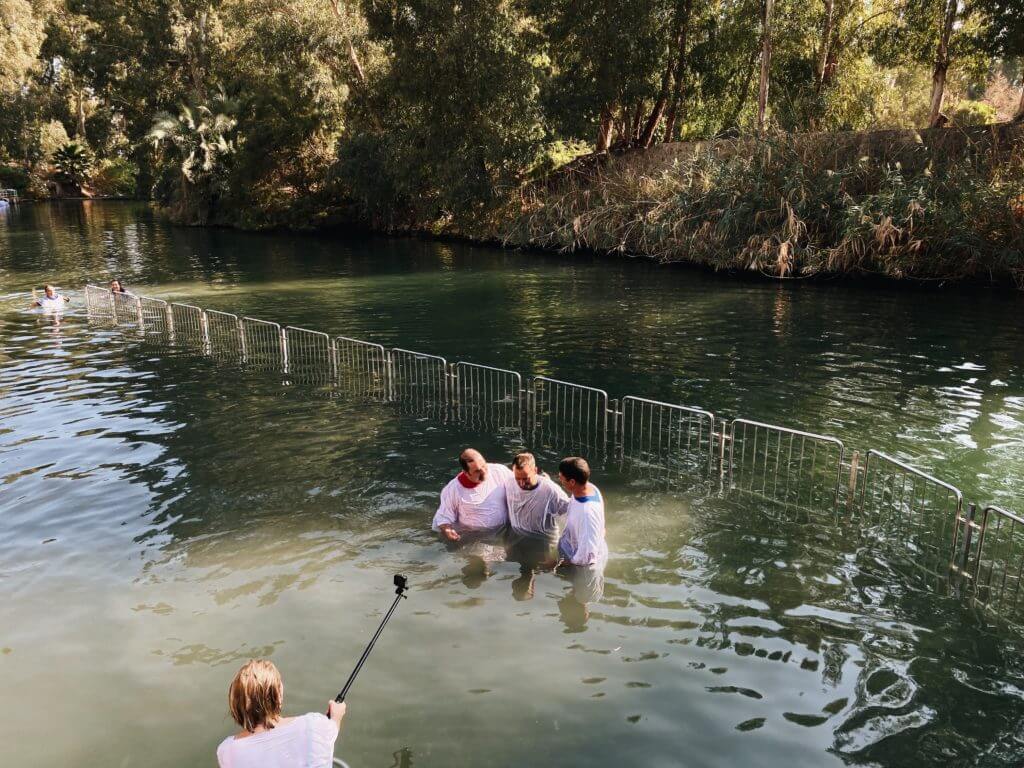 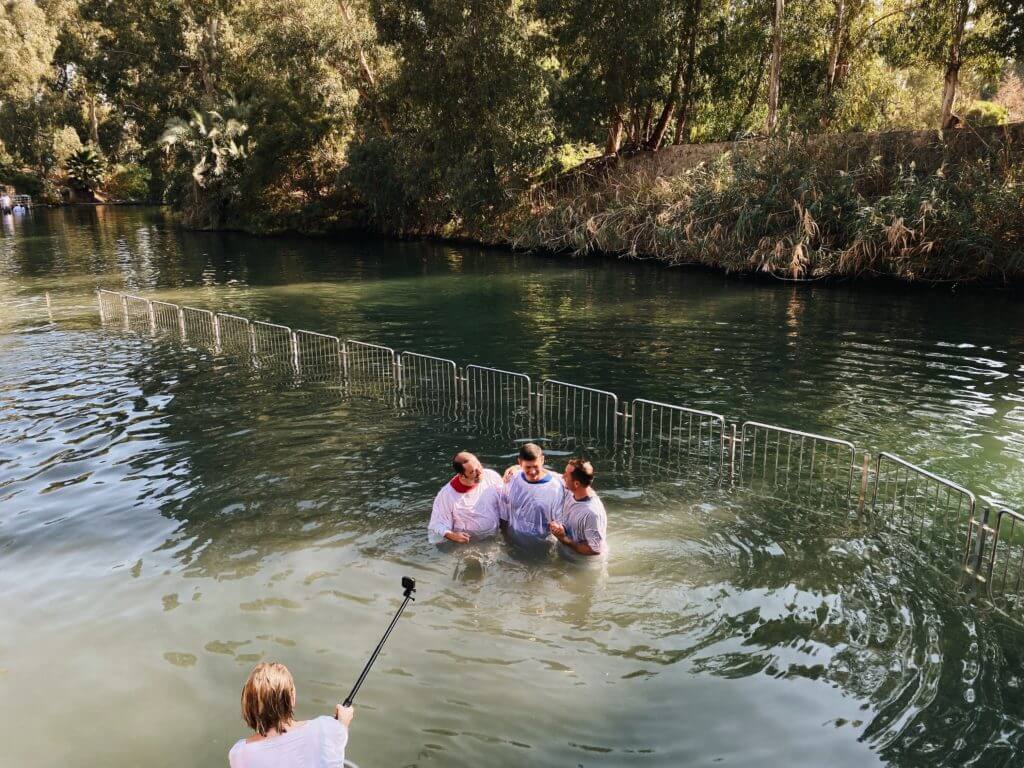 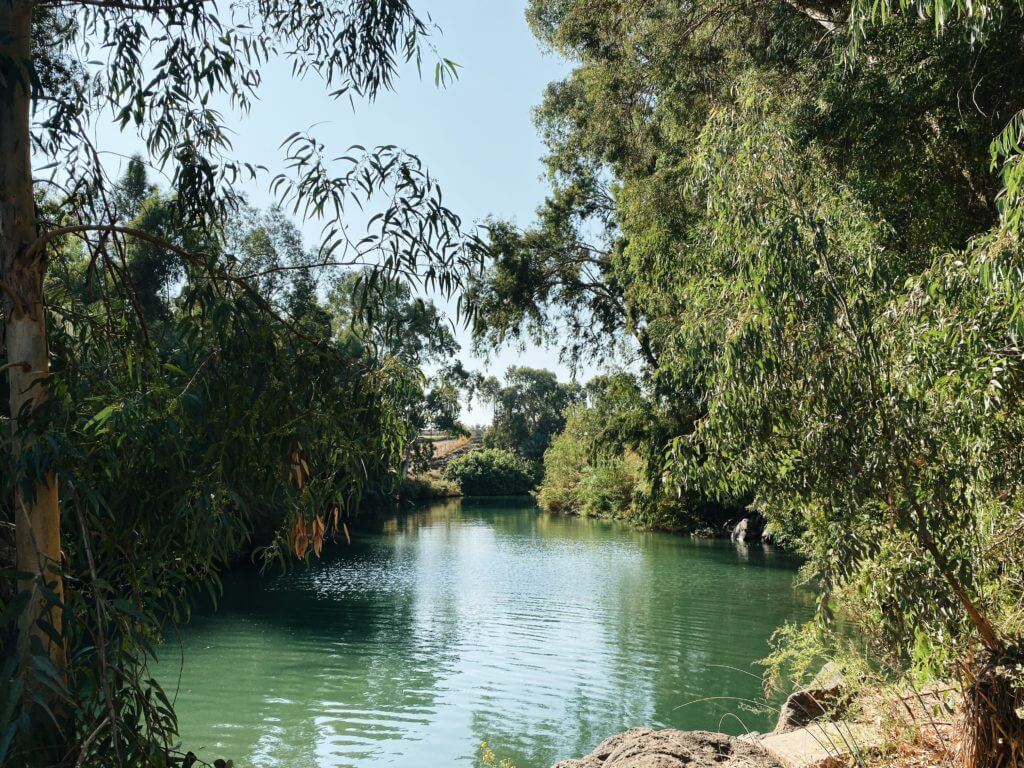 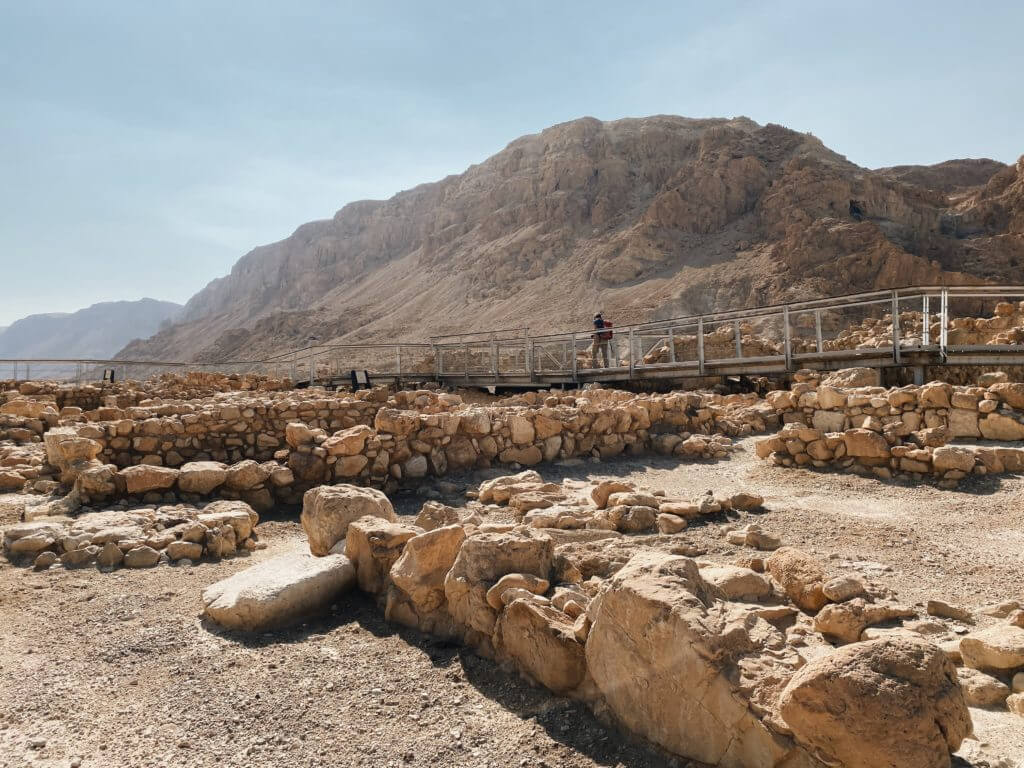 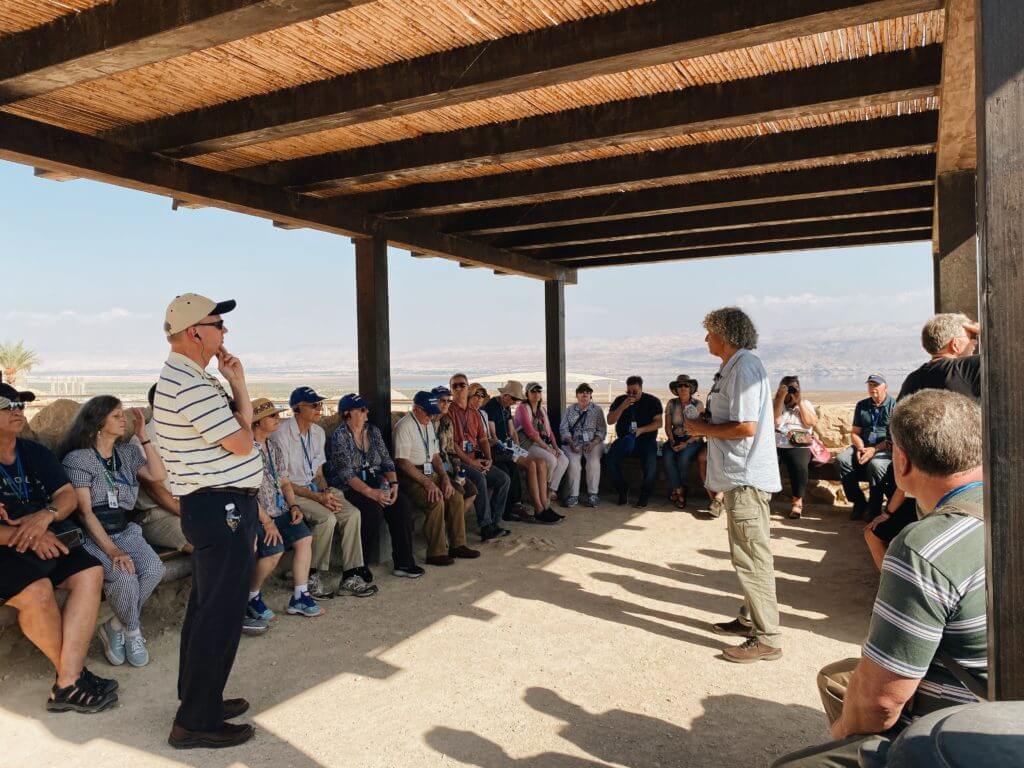 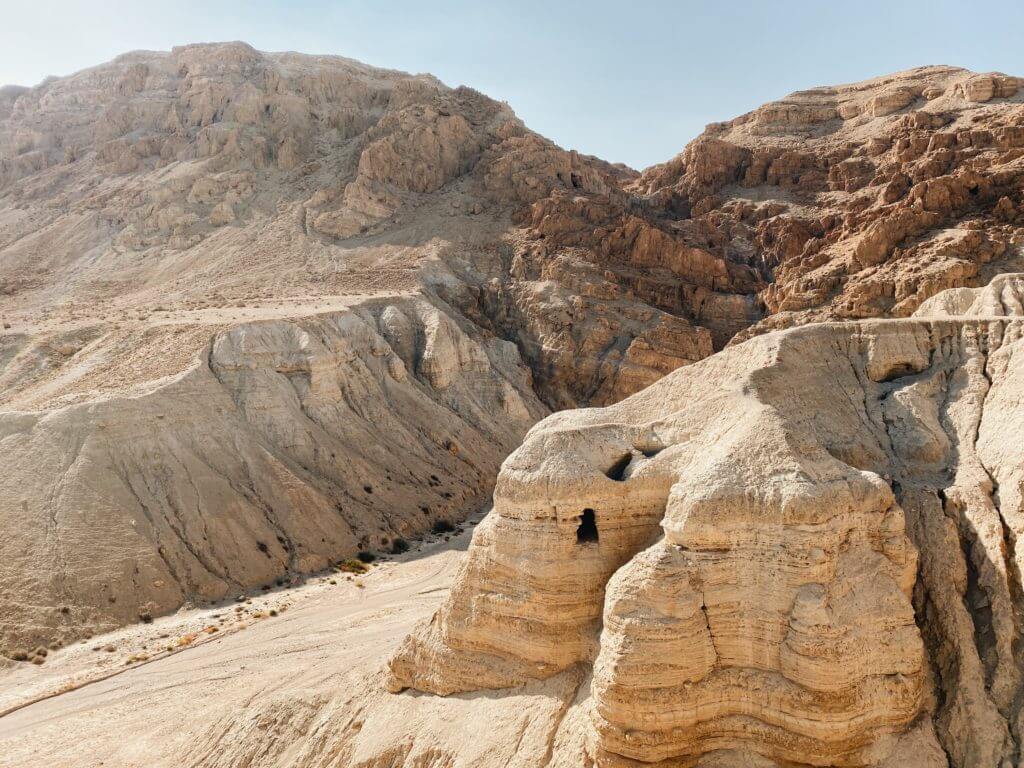 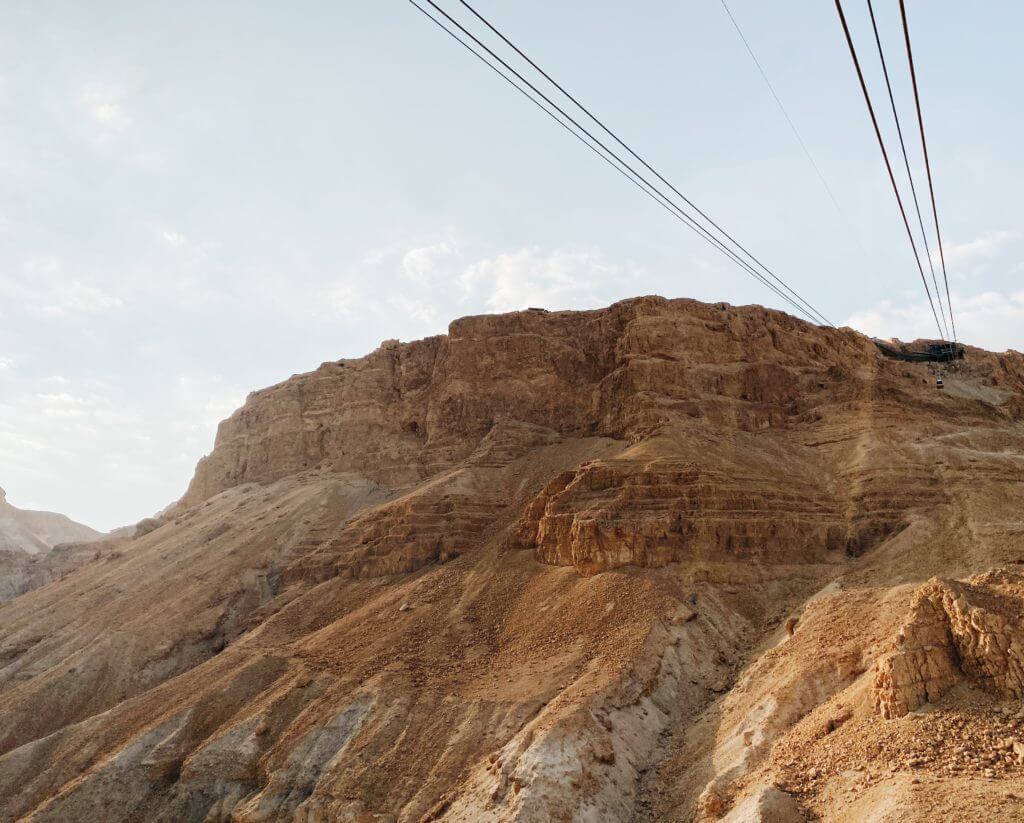 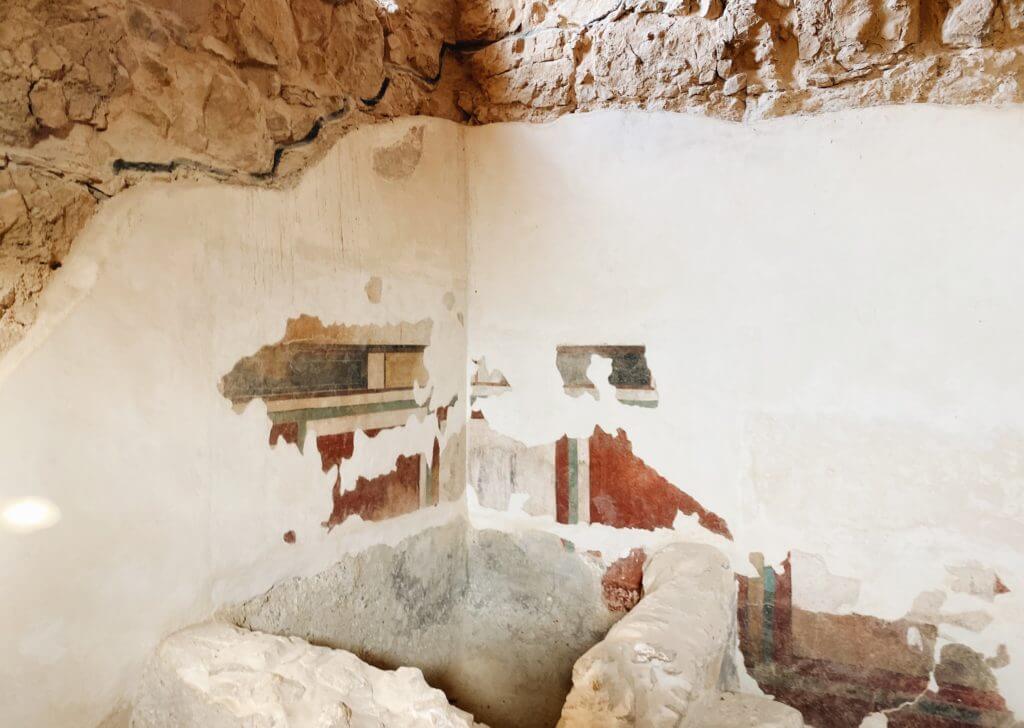 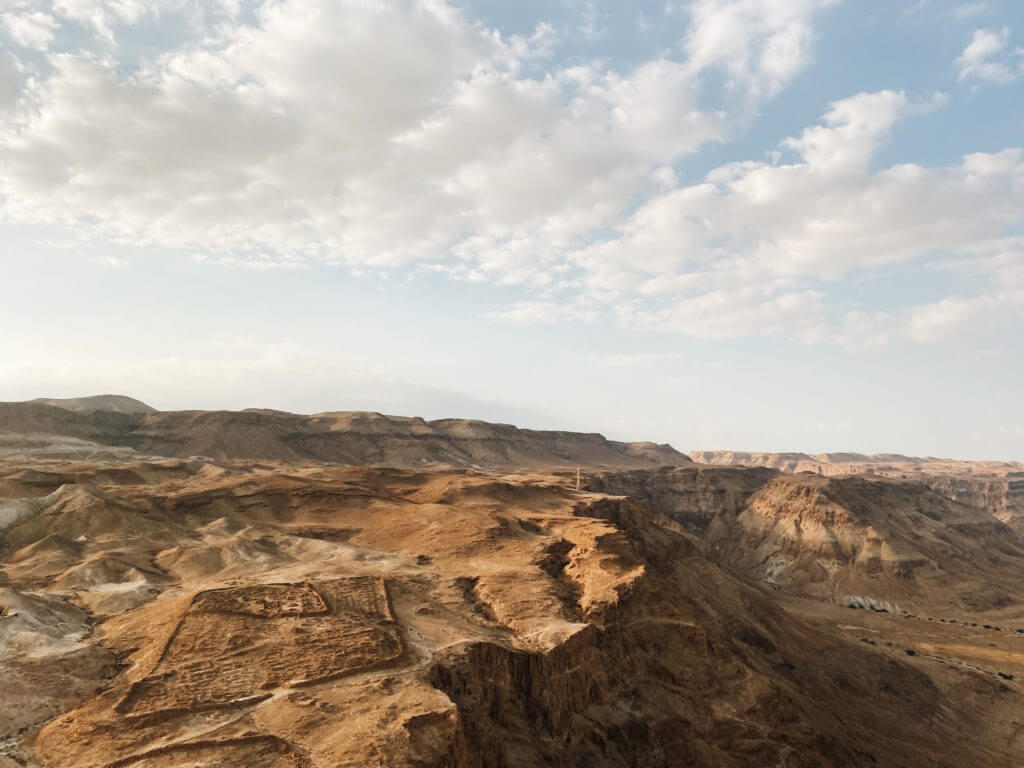 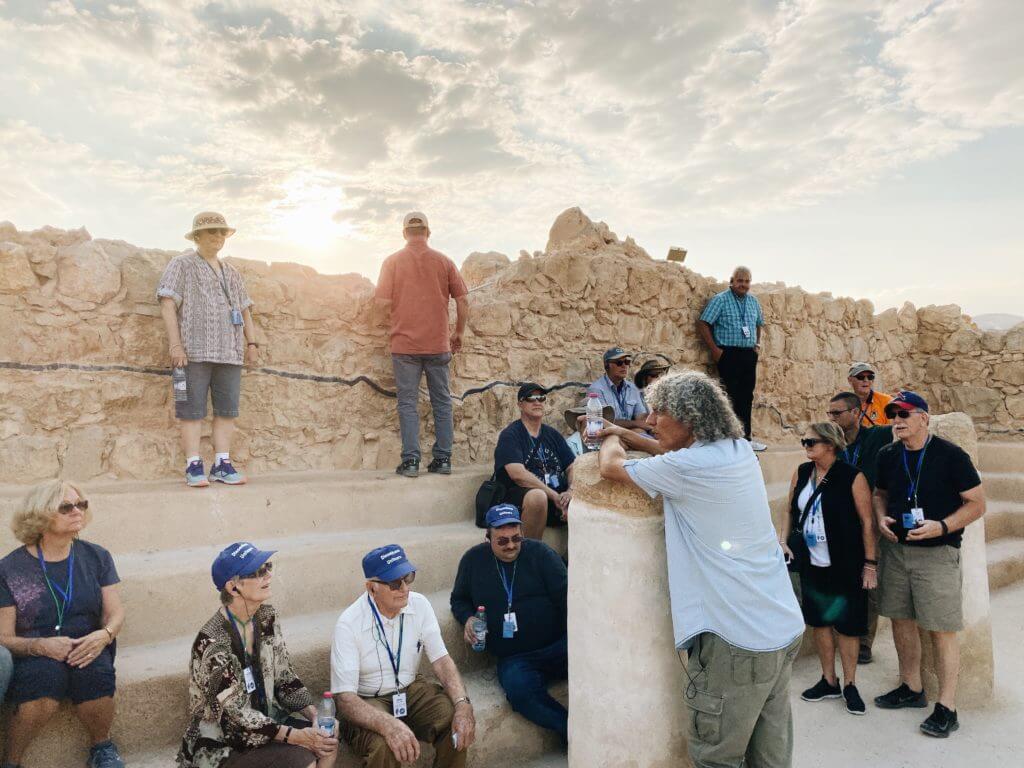 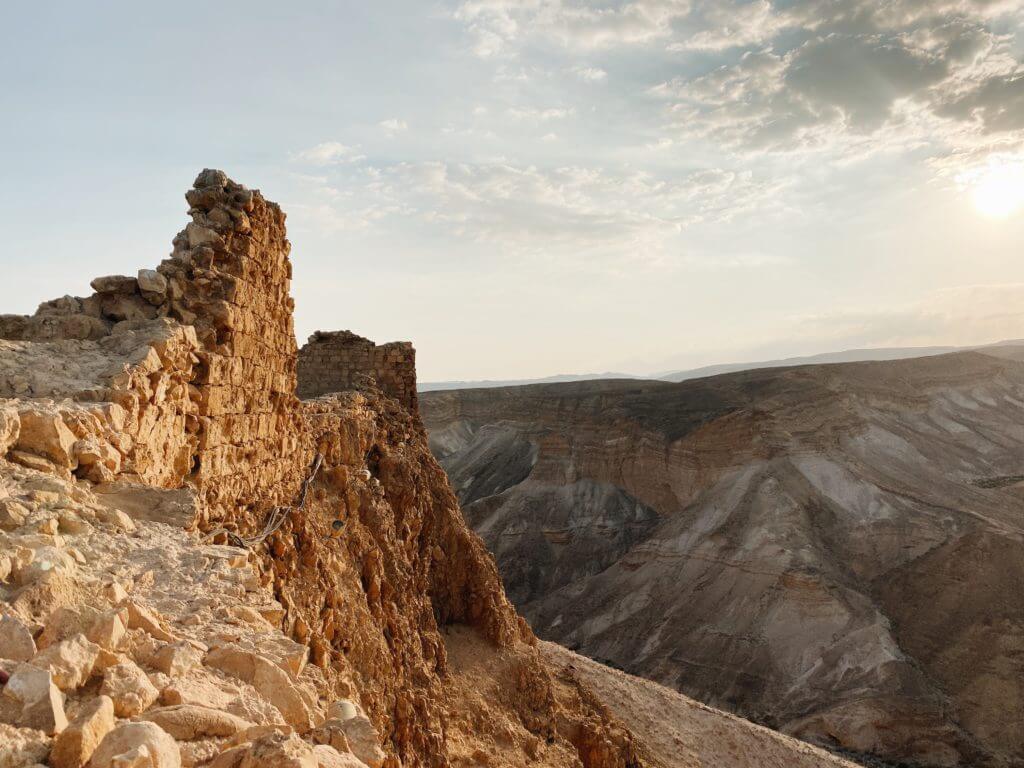